An Open Letter to John Kasich 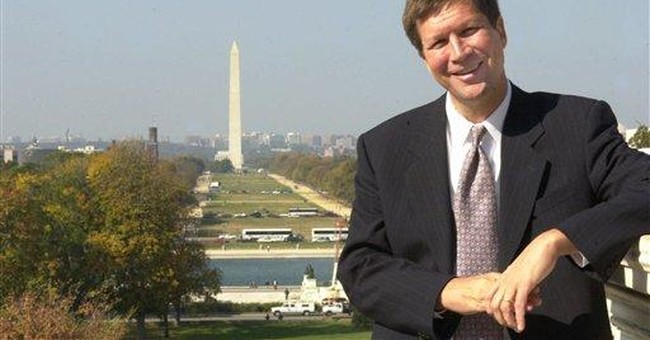 John Kasich is a good man. I appeared on his show Heartland several times when it aired on Fox News. He also interviewed me once when he was filling in for Bill on the O’Reilly Factor. But now that he is running for governor of Ohio he may have a far more serious job in the near future. If elected, he will have to root out terrorist activity that is taking hold in the Buckeye State – activity that is being funded by Ohio taxpayers.

If Kasich is elected, his efforts to fight terror will get little assistance from the Obama administration. So far, Obama has done several things that will weaken future efforts to prevent domestic terrorism. Some examples follow:

*Obama has dismantled the Homeland Security Council. Their responsibilities have reverted back to the National Security Council. Since the NSC focuses largely on foreign policy issues, it is likely to overlook serious threats from within the United States.

*Obama has appointed Janet Napolitano as Homeland Security director. She has no experience with domestic terror issues. Her expertise is confined to border issues. And her reckless (and very public) remarks have made it clear that she sees returning war veterans as greater threats than Muslim extremists already living amongst us. One could easily call her appointment a real “manmade disaster.”

*Of course, Obama also appointed Eric Holder, Jr., as his U.S. attorney general. Holder played a major role in Bill Clinton’s pardon of a group of FALN terrorists in late 2000. Nothing more need be said about Holder’s commitment (or lack thereof) to fighting domestic terrorism.

*Obama also freed terrorist Binyam Mohamed. After training at al-Qaeda terrorist camps he was paid to come to the U.S. to blow up high-rise apartment buildings. Obama released him from Guantanamo in January. He was sent to the U.K. but, unfortunately, he will likely return to the U.S. to try to blow-up high rise apartment buildings. This return will be likely because a) He faces no charges in the U.K. and is a free man, and b) He has previously forged passports in an effort to enter the U.S. illegally. In other words, he is both free and determined.

The previous administration took domestic terror threats much more seriously. I know that because I reported one Ohio terrorist, Professor Julio Pino of Kent State, to the feds back in 2007. When I produced evidence that he had posted bomb-making instructions on a terrorist website - along with pleas to use the bombs against American troops – the feds met with me in Wilmington. The evidence suggests he posted to the website from his state-owned computer.

While Pino was under the watchful eye of the feds his department chairman at Kent State allowed Pino to travel to the Middle East without proper authorization. As a result, the chairman was fired. Pino remained fairly low key for the rest of the Bush administration.

But, now that Obama is in power, Pino knows he will never be prosecuted by the feds. This is in spite of the fact that he has terrorist connections – and has openly called for the murder of our troops and the mass-murder of Jews. The following is an email Pino sent to me earlier this week via his Kent State email account:

Sidenstricker says she has no other details, including the location of the attacks. The military counts suicide bombings and roadside bombs as IEDs, and it wasn't immediately clear which type of attack killed the soldiers.

Sidenstricker also said that a soldier who suffered wounds in Afghanistan in June died in the U.S. on Friday.

The five deaths bring to 106 the number of U.S. troops killed in Afghanistan this year a record pace. Last year 151 U.S. troops died in the country.

Pino is (usually) careful to word his emails in such a way that they convey no imminent and specific threat to American troops. But then Pino brazenly sends the emails to conservative bloggers in Ohio and around the nation. It is fortunate, I think, that Pino has not been attacked in his office at Kent State. Pino clearly lacks the requisite mental stability to know that he is placing himself at great risk with his persistent antagonism. And, sadly, he’s putting the Kent State community at risk, too.

The Obama administration will not do anything about Professor Pino. If anything happens it will be because a good governor – like John Kasich – used existing state laws or passed new ones in order to relieve the public of its lifelong support of a tenured terrorist. Any other outcome will be simply unacceptable.