Fourth Letter to a Secular Nation 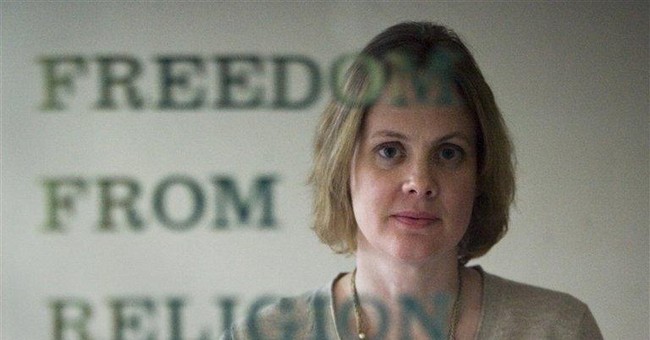 One of the toughest things about reading Sam Harris’ Letter to a Christian Nation is deciding when he is expressing total ignorance as opposed to total dishonesty. When he accuses Christians of spending more energy “opposing abortion than fighting genocide” I lean towards the latter explanation.

Informed readers know that the distinction between abortion and genocide is blurred by the fact that 512 out of 1000 black pregnancies ends in abortion. It is also blurred by the fact that 37% of all abortions are of black babies though blacks comprise only 12% of the population. Christians are more likely than atheists to oppose abortion. This is because we have always been more outspoken against racism than our atheist counterparts.

Just a few weeks ago, the nation was shocked over reports that a Yale University student had intentionally impregnated herself and induced abortions on several occasions. Specifically, it was asserted that she did so in order to use the blood of the aborted fetuses as part of a display of “art.”

Is it any less depraved to intentionally create and kill life in order to obtain research monies? It is difficult to trust that their motives are humane given their failure to produce anything of use to the medical profession.

It is very difficult to take Sam Harris seriously when he declares that “both Catholic and Protestant churches have a shameful record of complicity with Nazi genocide.” Obviously, whatever sins of omission the churches may have committed in the past with regard to Nazi genocide are now being atoned for by Christian opposition to Planned Parenthood’s genocide against black America. And we are opposed in our efforts by none other than Sam Harris.

Of course, both relevant concepts - the “sin of omission” and “racial equality” – are derived from the New Testament (James and Galatians, respectively). Instead of using Christian concepts to attack Christians, Harris should consider converting to Christianity altogether.

Among Harris most underwhelming observations is that “Countries with high levels of atheism are also the most charitable in terms of the percentage of their wealth they devote to social welfare programs and the percentage in aid they give to the developing world.” Of course, this statement is not accompanied by any references. And we all know that this is what he really means: Nations tending towards socialism also tend towards atheism.

But there is an interesting slight of hand, here. Socialist nations obtain funding for large social welfare programs not through “devotion” that could be deemed “charitable.” They obtain funds through taxation enforced at the point of a gun. Those who do not contribute are not deemed to be “uncharitable” but, instead, “criminal.”

This point cannot be lost as we analyze Harris’ crass statements about the behavior of Christians in the aftermath of the 2004 tsunami that killed several hundred thousand: “(M)any conservative Christians viewed the cataclysm as evidence of God’s wrath. God was apparently sending another coded message about the evils of abortion, idolatry, and homosexuality.”

I don’t know any Christians who thought God was sending a coded message when the tsunami struck. Perhaps some televangelist said something to the effect but, if so, I am not aware of it. Like most Christians, I ignore televangelists. But what I do know is that my church took up an offering for the victims. And several members of our church went overseas to help the victims. I have no recollection of any help coming from any atheists I know. And I know a lot of atheists – most of them giving only when the government forces them to do so.

I believe the most revealing statement in Harris’ little book comes on page 54: “It is time we recognized the boundless narcissism and self-deceit of the saved.” Perhaps I consider this statement to be so revealing because I was once an atheist.

During that dark time of my life I gave nothing to charity. I did no volunteer work. Instead, I railed against the political establishment and demanded radical changes that would move the country drastically further to the left. I demanded radical leftist tax and welfare schemes that I knew would never be accepted by a majority of the American people. But by making those arguments I was able to deceive myself into thinking I was a superior moral being. There was no real chance I would have to deal with the consequences of my ideas.

I see a similar self-deceit and narcissism in the writings of Sam Harris. And I know there is only One solution.