The Dirty Dem Dogs of Disruption

Michelle Malkin
|
Posted: Mar 15, 2017 12:01 AM
Share   Tweet
The opinions expressed by columnists are their own and do not necessarily represent the views of Townhall.com. 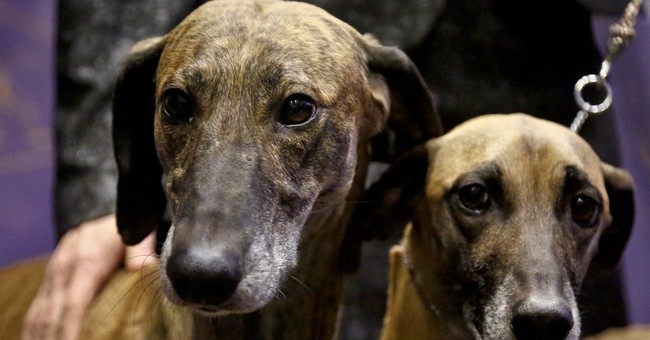 A new nonprofit called American Oversight launched this week to combat President Trump's "culture of impunity." The outfit declared itself "nonpartisan" and claims its crusaders will fight for a "transparent and ethical government."

But like Waylon Jennings once crooned, "Baby, that dog won't hunt."

These Democrat operatives aren't interested in accountability. Their mission is to attack, obstruct and destroy their political opponents at all costs.

Executive Director and Obama donor Austin Evers is certainly familiar with the "culture of impunity." He worked as a lawyer at Williams and Connolly -- the firm representing Hillary Clinton and the same firm that boasts longtime Clinton consigliere David Kendall, who shepherded scandal-ridden Bill and Hill through Whitewater, Lewinsky-gate and Email-gate. Evers had zero experience handling public records and classified document requests before he was hired by the State Department in 2015 to be Hillary's information blocker. But the ethical olfactory nerves of the Democrats suddenly shut down over the clear conflict of interest.

"At the very least, this suspect arrangement raises questions about the State Department hiring process," GOP Rep. Bob Goodlatte complained to the agency's inspector general. "At worst, it suggests willful obstruction by handpicked Clinton associates at the State Department on behalf of former Secretary Clinton, to ensure damaging or incriminating documents never saw the light of day."

Among Holder's countless subversions of transparency was his refusal to cough up the names of appointees who had been involved in legal work on behalf of Gitmo detainees.

In February 2010, after 9/11 families raised hell, GOP Sen. Charles Grassley finally forced Holder to acknowledge that at least nine DOJ attorneys officially represented or served as advocates for Gitmo detainees before joining the Obama administration. But he still refused to reveal their identities. Bies was one of the suspected nameless abettors.

That kind of backside-covering secrecy and conflict of interest cover-up are government failings that American Oversight senior advisor Melanie Sloan might have once protested. But the ethics watchdog who formerly helmed Citizens for Responsibility and Ethics in Washington abandoned nonpartisanship eons ago. Under her leadership, CREW occasionally targeted corrupt Democrats, including Maxine Waters and William "Cold Cash" Jefferson. But in the end, her radical funders -- George Soros, the Tides Foundation and the Democracy Alliance -- traded her in for rabid attack dog David Brock.

Sloan then got mired in her own apparent pay-for-play scandal. After forming a consulting business, she reportedly solicited a $40,000 donation from one of her clients, Herbalife, to CREW, which published a website attacking an investor who called the company a pyramid scheme.

American Oversight ain't about cleaning up corruption. It's about disruption for the sake of disruption.