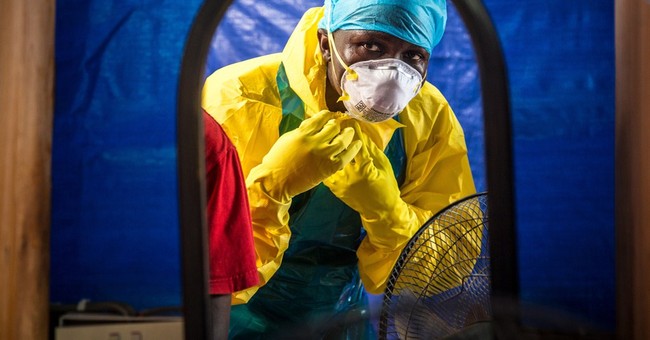 When it rains, it pours. Just before unveiling his colossal administrative amnesty for millions of "undocumented" aliens and foreign tech workers on Thursday, President Obama separately ordered up to 8,000 more executive pardons and special work passes for Liberians, Sierra Leoneans and Guineans illegally in this country.

Strange, isn't it? The same administration that refused to enact travel bans from Ebola-plagued West African nations to protect Americans is now granting "temporary protected status" (TPS) to West Africans on American soil so they don't have to go back.

It's not really about public health, of course. It's about political pandering and electoral engineering.

Here's the dirty open secret: There's nothing "temporary" about TPS benefits. Under both Democratic and Republican administrations, the program has become an endless, interminable residency plan for unlawful border-crossers, visa overstayers and deportation evaders from around the world.

TPS golden ticket holders live here, work here, travel freely and are immune from detention or deportation. They are eligible to apply for an "adjustment of status," which puts them on the path to green cards and eventual citizenship.

In theory, TPS is a short-term humanitarian program built on good intentions. The secretary of homeland security "may designate a foreign country for TPS due to conditions in the country that temporarily prevent the country's nationals from returning safely, or in certain circumstances, where the country is unable to handle the return of its nationals adequately." Those conditions include hurricanes, environmental catastrophes, civil war, epidemics and other "extraordinary and temporary conditions."

In October, the White House extended TPS status and employment permits for an estimated 90,000 illegal alien Hondurans and Nicaraguans "for an additional 18 months, effective Jan. 6, 2015, through July 5, 2016." Who are these TPS winners? Well, they've been here since 1998 -- when Hurricane Mitch hit their homeland. That was 16 years ago. Their "temporary" status has been renewed a dozen times since the Clinton administration first bestowed it.

Last October, the Obama administration extended TPS to an estimated 3,000 Syrian illegal aliens; the status will be up for renewal next March. At least 3,700 Liberians who have been here since 1991 on TPS won deferred deportations in September before securing renewed TPS status this week. And several hundred Somalis remain in the country with TPS first granted in 1991, along with some 700 Sudanese who first secured TPS benefits in 1997. TPS for both the Sudanese and Somalis was extended in September and lasts until May 2016.

An estimated 250,000 illegal aliens from El Salvador first won TPS golden tickets after an earthquake struck the country in January 2001. Their latest extension was granted last May and lasts until March 2015.

As I've reported previously, TPS beneficiaries are supposed to provide proof that they arrived here on an eligible date, committed no more than two misdemeanors and no felonies, and maintained a continuous presence in the country. But the feds' past experience with amnesties dating back to 1986 shows that the programs are dangerously rife with unchecked document fraud.

A homeland security source pointed out to me recently that the agency is still failing to check biometric records (or, even worse, ignoring them) before granting immigration benefits to aliens who had been put into removal proceedings but then gamed the system by using new, unvetted aliases. Moreover, after more than two decades, the federal government still doesn't have an entry-exit database in place to track legal short-term visa holders.

The dictionary informs us of the origin of the term "amnesty." It comes from the Greek word "amnestia," which means "to forget." And that is exactly what America is suffering from when it comes to learning amnesty history lessons. There is no such thing as a "temporary" pardon from immigration law-breaking.

Each new infusion of indiscriminate, unskilled foreign labor begets more of the same -- all while backstabbing politicians bemoan stagnant wages, high unemployment and the beleaguered plight of American workers paying a steep price for D.C.'s bottomless "compassion" for the rest of the world.