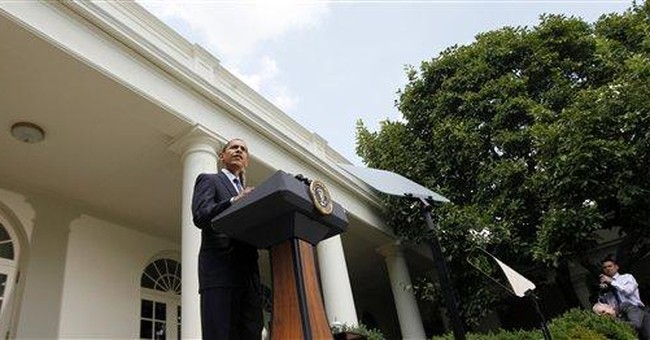 Health and Human Services Secretary Kathleen Sebelius tried to reassure citizens in New Orleans this week that Obamacare bureaucrats will make sound medical decisions for all Americans. She failed. Under the government-run plan, she promised, a team of health care experts will recommend what should be covered: "I think it would be wise to let science guide what the best health care package is."

Gulp. It's the Obama administration's view of sound "science" that should send chills down patients' spines. Case in point: The president's prestigious science czar, John Holdren, refuses to answer questions about his radical published work on population control over the last 30 years.

Last week, I called the White House Office of Science and Technology Policy to press Holdren on his views about forced abortions and mass sterilizations; his purported disavowal of "Ecoscience," the 1977 book he co-authored with population control zealots Paul and Anne Ehrlich; and his continued embrace of forced-abortion advocate and eugenics guru Harrison Brown, whom he credits with inspiring him to become a scientist.

After investigative bloggers and this column reprinted extensive excerpts from "Ecoscience," which mused openly about putting sterilants in the water supply to make women infertile and engineering society by taking away babies from undesirables and subjecting them to government-mandated abortions, the White House issued a statement from Holdren last week denying he embraced those proposals. The Ehrlichs challenged critics to read their and Holdren's more recent research and works.

Well, I did read one of Holdren's recent works. It revealed his clingy reverence for, and allegiance to, the gurus of population control authoritarianism. He's just gotten smarter about cloaking it behind global warming hysteria. In 2007, he addressed the American Association for the Advancement of Science conference. Holdren served as AAAS president; the organization posted his full slide presentation on its website.

In the opening slide, Holdren admitted that his "preoccupation" with apocalyptic matters such as "the rates at which people breed" was a lifelong obsession spurred by Harrison Brown's work. Holdren heaped praise on Brown's half-century-old book, "The Challenge of Man's Future," and then proceeded to paint doom-and-gloom scenarios requiring drastic government interventions to control climate change.

Who is Harrison Brown? He was a "distinguished member" of the International Eugenics Society whom Holdren later worked with on a book about -- you guessed it -- world population and fertility. Brown advocated the same population control-freak measures Holdren put forth in "Ecoscience." In "The Challenge of Man's Future," Brown envisioned a regime in which the "number of abortions and artificial inseminations permitted in a given year would be determined completely by the difference between the number of deaths and the number of births in the year previous."

Brown exhorted readers to accept that "we must reconcile ourselves to the fact that artificial means must be applied to limit birth rates." If we don't, Brown warned, we will face a planet "with a writhing mass of human beings." He likened the global population to a "pulsating mass of maggots."

When I pressed Holdren's office specifically about his relationship with Brown, spokesman Rick Weiss told me he didn't know who Brown was and balked at drawing any conclusions about Holdren's views based on his homage just two years ago to his lifelong mentor, colleague and continued inspiration, Harrison Brown.

Weiss lectured me rather snippily about the need for responsible journalism (he was a Washington Post reporter for 15 years). He then told me not to expect any response from Holdren's office to my question on whether Holdren disavows his relationship with a eugenics enthusiast who referred to the world population as a "pulsating mass of maggots" and championed a scheme of abortion and artificial insemination quotas. To date the office has maintained radio silence.

If this is the kind of ghoulish "science" that guides the White House, we can only hope that Obamacare is dead on arrival.