The Collision of Two Runaway Trains 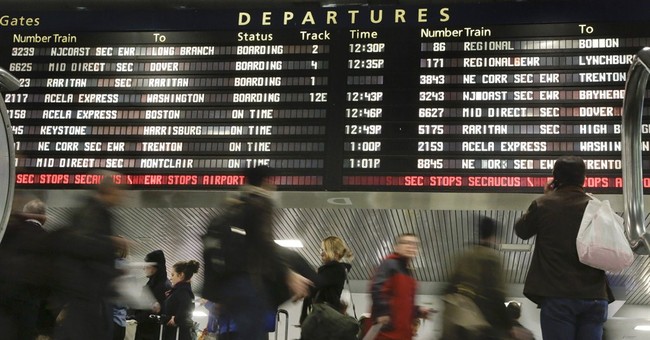 Trending
I am reposting an article I wrote more than three years ago. Looking at the world today, I see the increased speed towards cataclysmic collision!

I am currently on an around-the-globe trip, going from the West Coast, to Down Under, Singapore, London, and then home again.

From the vantage point of this journey, the one striking and overwhelming image I get is of two runaway trains moving in opposite directions. And yet, in some strange way, they are about to cause a global collision.

On one train, Islamists are violently demanding that the West bow to them as they seek to take the world back to the Arabian dark ages of the 7th century.

On the other, humanists, atheists, greens, and extreme liberals are pushing the West to abandon its historic morals and Judeo-Christian ethics. They demand that the West embrace a world of homosexual marriages, nature worship, environmental extremism, and godlessness.

Although I am a trained social anthropologist who is supposed to make sense of such things, I must confess that I am baffled on this front. How can two extreme movements, heading in opposite directions, be so perilously close to an unprecedented collision?

The one thing that both runaway trains have in common, however, is their hatred of Christians. To both, Christians represent a threat—although different types of threats.

To Islamists, the threat is theological. Christians believe that God became man, died on a cross to redeem the world, and rose again to justify everyone who would believe in Him. Every day, Muslims are turning their back on Islam and embracing the redemption that only Jesus offers. Through those conversions, the biggest fear of Islamists has come upon them.

To atheists, humanists, and environmental zealots, the threat is to their own consciences. They were created in God’s own image, and Christians represent a “photograph” of the life they were meant to lead. The liberal extremists cannot escape that image, and it burdens their inner guilt.

Thankfully, where social anthropology fails me, the Bible never does! It is only biblical knowledge that can make sense of the apparently senseless.

The Bible tells us that when sin increases, grace also abounds. Although I can’t promise Christians an easy time in life, based on Scripture, I can certainly assure them that God’s grace and light will shine brighter through them as the darkness increases.

Many of my friends would explain the current events in the world as the great “falling away” that will occur before the return of Christ. Certainly they have every reason to believe that. But I am in the business of reminding them that, regardless of this turmoil, our call is to lift up Jesus to all. And through lifting Him up, some may come to believe and be redeemed.

Not only is our God in control of history, He is the author and finisher of history. Therefore, Hewill have the last word.

So, my friends, get busy lifting up Jesus. Take courage and look up. For the day of your redemption draws nigh.