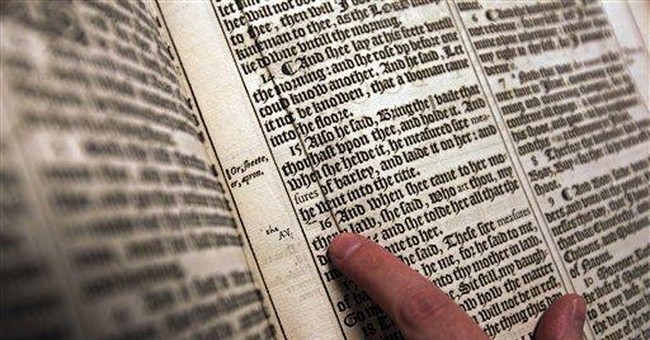 As we pause to celebrate the birth of this blessed nation, many among us are sad and even disgusted over what has happened to it.

Millions of Americans who have known “the old America”—the one they were born in and grew up in—feel a deep disappointment that their grandchildren will not grow up to know the country that valued morality and biblical ethics.

From the White House to the schoolhouse, we see forces that reject biblical values. From our government, we even see the outlawing of the name of Jesus from public prayers, especially from the military, which owes all victories to Him.

And there are also those, such as my family and me, who immigrated to this blessed land and long for the original America—the America as envisioned by the founding fathers.

I came to this country because, as a boy living under the tyranny of dictatorship and socialism, I longed to be free. I read the writings of America’s founders and dreamed of breathing the air of freedom—the air that was purchased with the blood of many American patriots.

That desire echoes the desire of the silent majority of millions of immigrants who legally came here, or were brought by their forebears. People who valued America and could never take it for granted because they had experienced oppressive political systems in their home countries.

In my article series, The Price of Liberty, I described what those millions of legal immigrants want. It is a refrain that goes something like this:

We want the America that feared God.

We want the America whose foundation was the Bible.

We want the America of which George Washington said: “It is impossible to rightly govern the world without God and the Bible.”

We want the America of which Abraham Lincoln said: “The only assurance of our nation’s safety is to lay our foundation in morality and religion.”

We want the America of the Founding Fathers who said: “When the importance of religion is diminished … so is the effectiveness of government.”

We want the America of which the Supreme Court in 1844 said: “The Bible, and especially the New Testament [should] be read and taught as divine revelation in the [schools, otherwise] … where can the purest principles of morality be learned so clearly or so perfectly as from the New Testament?”

We want the America of which New York Supreme Court Chief Justice Kent said in 1811: “We are a Christian people, and the morality of the country is deeply engrafted upon Christianity, and not upon the doctrines or worship of those imposters [other religions].”

We want the America of which the Supreme Court of New York in 1811 also said: “Whatever strikes at the root of Christianity tends manifestly to the dissolution of the civil government … because it tends to corrupt the morals of the people, and to destroy good order.”

We want the America of which Daniel Webster said: “The principles of all genuine liberty and of wise laws and administrations, are to be drawn from the Bible and sustained by its authority. The man, therefore, who weakens or destroys the divine authority of that book may be an accessory to all of the public disorders which society is doomed to suffer.”

Today we are seeing Webster’s prophetic words come to life; we are witnessing all the “public disorders” of which we are now “doomed to suffer.”

This race to the bottom must stop. We want the old America back.

We want the America that reflects the beliefs of most of the country, not the vocal and belligerent minority. We want an America of those earlier courts, not the courts of the last fifty years that have been busy striking at the Christian cornerstone of our nation.

As we celebrate America’s birth, let us not become weary of praying and working for our Judeo-Christian foundation to be reestablished.