Keep Jesus Out of Your Socialism (Part 2) 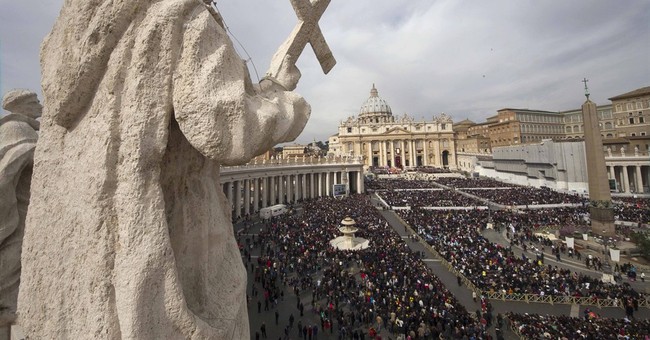 In part one of this series, I made clear, from the words of Jesus and the New Testament, that ministering to the poor and the needy among us is the work of Christian individuals and the church, not the secular government. Jesus said, "The Spirit of the Lord is on me, because He has anointed me to preach good news to the poor. . . ." Today's Religious Left wants to change that to, "He has anointed the federal government to preach good news to the poor."

The Christian gospel is a message of salvation, not a message of income redistribution and raising our neighbor's taxes. Jesus said that the way to serve the poor is by giving generously of our own resources. "But when you give a banquet," He said in Luke 14, "invite the poor, the crippled, the lame, the blind, and you will be blessed. Although they cannot repay you, you will be repaid at the resurrection of the righteous."

The Religious Left is very generous—with other people's money. In fact, I believe the founder of the Religious Left was none other than Judas Iscariot. When Mary, the sister of Lazarus, anointed Jesus with costly perfume just days before the crucifixion, Judas lectured her and said, "Why wasn't this perfume sold and the money given to the poor?"

Notice that Judas put on a show of caring for the poor—even though the money was Mary's, not his! The motives of Judas, John 12:6 tells us, were corrupt and self-centered—and Jesus responded with a stinging rebuke.

At least one of the Lord's disciples was a "social action Christian" in the Sojourners mold: Simon Zelotes (Simon the Zealot). Just as Sojourners president Jim Wallis was once president of the Michigan State chapter of the militant Students for a Democratic Society (SDS), Simon Zelotes was a young political radical who attached himself to Jesus because he thought Jesus would lead a revolt against the Roman Empire.

Simon saw Jesus as a political Messiah who would topple the powerful while lifting up the poor and oppressed. But Jesus was not a political Messiah. He didn't attack the Roman Empire. He did battle with the Evil Empire of Satan himself.

Jesus didn't tell the Roman government what its budget priorities should be. Why? Because His agenda was much larger than the agenda of Simon Zelotes or the Religious Left. His eyes were fixed on eternity. He said, "My kingdom is not of this world."

The Religious Left has missed the meaning of that statement. Yes, there is a place for Christian social action—but that place is in a personal lifestyle of generosity and compassion to the poor. Jesus didn't tell the rich young ruler to become a political activist and affect public policy. He said, "Go, sell your possessions and give to the poor, and you will have treasure in heaven. Then come, follow me."

It's true, there's poverty in America, and some of the poor can't lift themselves out of poverty without help. Some are physically or socially disadvantaged. Some are down on their luck. They need and deserve Christian compassion and the good news of the gospel.

But a huge number of people receiving government assistance are substance abusers, welfare cheats, or chronically lazy. Doesn't the Bible tell us, "If a man will not work, he shall not eat" (2 Thessalonians 3:10)? Why must the "makers" of society support the "takers" of society? That's not compassion. That's theft. Wouldn't it be more compassionate to encourage the takers to develop self-respect by becoming productive citizens?

Government programs can't separate the truly needy from the welfare cheats—but private Christian charities can. Private charities are far more effective than government at meeting needs, changing lives, eliminating fraud and waste, and dispensing compassion. Our stance as Christians should be pro-compassion, not pro-bureaucracy.

The place for compassionate Christian social action is in the church, and in the lives of individual believers. When the church becomes a political pressure group, telling the government, "Confiscate more wealth from those who earned it and give it to those who have not," then the church has formed an unholy union with the kingdoms of this world.

Income redistribution is not Christianity. It's Marxism—and mixing the two only pollutes the Gospel and betrays the Great Commission.

Stay tuned for Part 3: Is America a "fallen nation"?