Shutdown Problems: Brought to You by Big Government 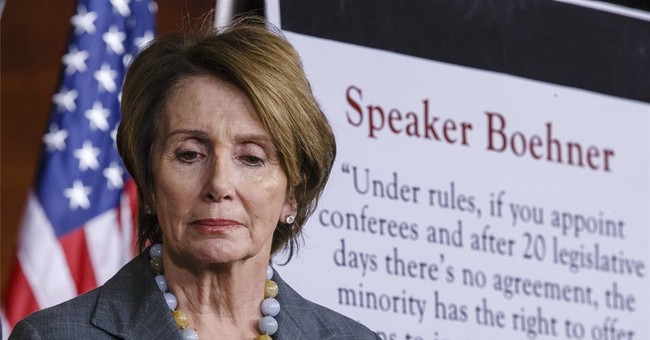 The federal government has shut down. And, as of this writing, no one knows exactly when it will reopen.

As we approached the fateful moment, fear gripped the Capitol in a way unseen since … well, the dreaded sequester back in March. Cable news networks solemnly counted down the hours until midnight. Newscasters spoke in sepulchral tones about the coming “crisis,” “disaster,” and “catastrophe.” Senate majority leader Harry Reid warned that “the fate of our country” was at stake. Really? The fate of the country?

I will leave it to others to debate the legislative tactics involved. Republican insistence on changes to Obamacare in the face of Democratic intransigence provides plenty of opportunity to play the blame game. A much bigger question — and one more important to the future of this country in the long run — is how we got to the point where a temporary suspension of some government services is seen as the end of civilization as we know it.

Bear in mind that most essential government services (and many that are not) will continue to function as usual. This includes not only the primary responsibilities of government, such as defense and homeland security, but things like air-traffic control, health care at Veterans Affairs hospitals, law enforcement, food-safety inspections, nuclear security, and so on. Medicare and Social Security checks will still go out, and most other government welfare benefits will continue as well. Roughly 80 percent of federal workers will continue to go to work.

Moreover, it’s not as if this hasn’t happened before. In fact, between 1977 and 1996, there were 17 government shutdowns, ranging from 1 to 21 days. Yet somehow the Republic survived.

Still, there is no doubt that a government shutdown will cause widespread pain and could even harm the economy. Why?

The Founding Fathers intended the federal government to have a minimal impact on our lives. As Thomas Jefferson said in his inaugural address, “a wise and frugal government, which shall restrain men from injuring one another, shall leave them otherwise free to regulate their own pursuits of industry and improvement … This is the sum of good government.” One has trouble imagining Jefferson quivering in terror at the prospect that the federal government might cut back for a few days.

Today, however, the federal government has grown into a leviathan that affects nearly every aspect of our lives. As my Cato colleague Chris Edwards has noted, “The problem isn’t the GOP taking the budget ‘hostage’ to repeal Obamacare, it is the government taking hostage far too much of the American economy.”

This year, the federal government will spend $3.46 trillion, roughly 21 percent of our GDP. Think about that: More than a fifth of all the goods and services produced in this country over the course of a year are subsumed by the federal government. Is it any wonder that a government shutdown reverberates throughout the economy?

During the 2011 debate over raising the debt ceiling, President Obama noted that the U.S. federal government sends out 70 million checks every month. As frightening as that number is, it is almost certainly an underestimate. According to the Washington Post, the president’s estimate included Social Security, veterans’ benefits, and spending on non-defense contractors and vendors. But he did not include reimbursements to Medicare providers and vendors, or electronic transfers to the 21 million households receiving food stamps. (Nor did he include most spending by the Defense Department, which has a payroll of 6.4 million active and retired employees and, on average, pays nearly 1 million invoices and 660,000 travel-expense claims per month.). The actual number might be closer to 200 million.

According to calculations by Harvard economics professor Greg Mankiw based on data from the Office of Management and Budget, roughly 60 percent of Americans receive more in government benefits than they pay in federal taxes. A Tax Foundation study suggests that, after President Obama’s health-care law is implemented, as many as 70 percent of Americans are net recipients of government largesse. Nearly a third of Americans receive more than half their income from the government.

There are also more than 80,000 pages of federal regulations, overseen by some 456 federal agencies, and more than 4.3 million federal employees. We have become a nation of Julias, the Obama campaign’s fictional woman whose every life decision was subsidized, regulated, or directed by government. One can certainly see how a government shutdown would strike terror in her life.

To all this, the president would add Obamacare — 2,500 pages of legislation and more than 12,000 pages of regulations, giving government control over another one-sixth of the U.S. economy.

And it’s only going to get worse. According to the Congressional Budget Office, by 2050 the federal government “will continue to grow faster throughout the rest of the century, eventually reaching levels that are completely untenable/incompatible with economic growth and prosperity.”

Given the growing tide of red ink facing this country over the long term, and our profound philosophical differences about the role of government, this budget crisis will hardly be the last. Unless we want to spend more time worrying about whether those budget battles will hurt the country, we should redouble our efforts to get government out of our lives. If we return government to its proper size and functions — become more a government of Jefferson and less a government of Julia — future shutdowns will be far less likely and, if they do happen, even less painful.