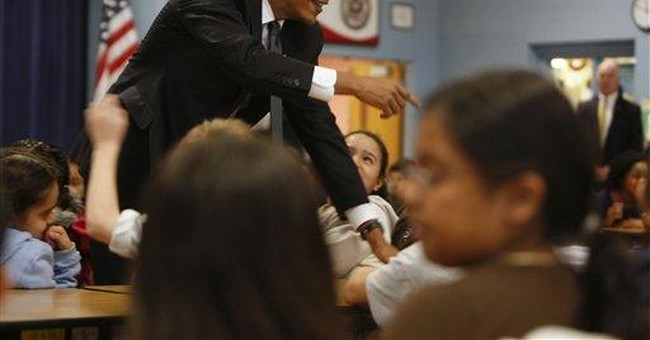 That seems to be the case with the American public, with a new poll showing rising support for a so-called public option in health care, even as the public continues to oppose greater government control over the health care system.

Most likely that is because supporters of a public option have successfully framed it as just that: an option.  That seems entirely reasonable.  The American people believe in “choice” and “competition.”  So why not allow another choice?  Most Americans would keep the insurance they have today (and are happy with), but those who wanted to join the government plan could do so.

But that’s not the way it would actually work.

A government-run plan would have an inherent advantage in the marketplace, because it ultimately would be subsidized by taxpayers. The government plan could keep its premiums artificially low or offer extra benefits, because it could turn to taxpayers to cover any shortfalls.  At the very least, the program carries with it an implicit guarantee against future losses.  Would a Congress that has bailed out banks and automobile companies because they are "too big to fail" resist subsidizing the government's insurance plan if it began to lose money?

Government plans such as Medicare and Medicaid traditionally reimburse providers at rates considerably lower than those of private insurance.  Providers recoup the lost income by shifting costs onto those with private insurance.  Indeed, it is estimated that privately insured patients pay $89 billion annually in additional insurance costs because of cost-shifting from government programs. If one assumes that the new public option has similar reimbursement policies, it would both allow the public plan to keep its own premiums artificially low while simultaneously increasing costs and, therefore, premium prices for private insurance.

In the end, the private insurance market would be eviscerated, leaving millions of Americans with no choice but the government-run program. No choice. No competition.  We would effectively be on the road to a single-payer health care system, with the government in complete control of one-sixth of the U.S. health care system and some of the most important, personal, and private decisions in our lives.  Down that road lie massive new taxes, huge budget deficits, and ultimately government rationing of care.

That is not what the American people are telling pollsters they support.