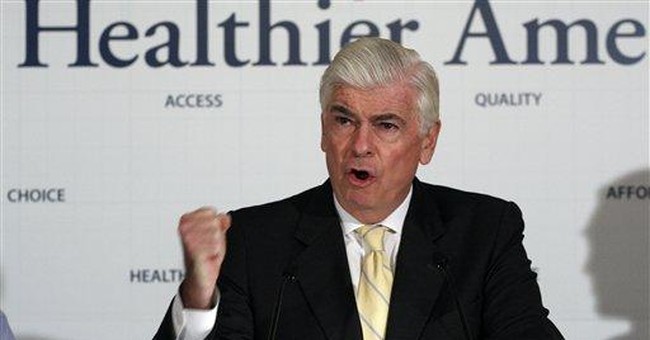 Much of the discussion to date about health care reform has understandably focused on the contents of the reform plan itself. But with the plan expected to cost $1-1.5 trillion over the first ten years, an equally important question is how the president and congressional Democrats plan to pay for it. While we won’t know for certain until we see the final bill, it looks like the answer is going to be higher—much higher—taxes. And many if not most of those taxes will fall squarely on the middle class.

Some of the sticker-shock items all but certain to be in the bill:

Taxing employer-provided health insurance. Under current law, health care benefits provided by an employer are not considered to be part of an employee’s taxable income. Congressional Democrats are considering proposals to repeal, cap, or limit this tax exclusion. That is, they would tax employer-provided health benefits, at least for some types of plans and for some people.

If the exclusion were repealed entirely it would yield as much as $3.5 trillion over 10 years, more than enough to pay for the projected cost of health reform. Total repeal, however, would mean an enormous tax increase for every working man and woman in America. Therefore, the final plan is more likely to include some form of cap or trigger on the exclusion. Among ideas reportedly under consideration are capping the amount an employee is able to exclude from taxable income at an amount equal to the value of the standard benefit package under the Federal Employee Health Benefit Plan (FEHBP). A second option being considered would eliminate the exclusion only for workers with incomes above a certain level, say $100,000 per year. Or some combination of the two options could be adopted, capping the exclusion only for workers over a certain income.

Eliminating FSAs and HSAs. Currently some 8 million Americans have health savings accounts (HSAs), a savings program that allows individuals with high-deductible insurance plans to put away money tax-free in order to pay health care expenses not covered by their insurance. Even more workers, 48 million, participate in flexible spending accounts (FSAs), an arrangement under employer cafeteria plans that allows workers to pay for some health care expenses on a tax-advantaged basis.

Congressional Democrats are reportedly considering proposals to restrict or even eliminate these popular options. The likeliest avenue would be a limit on the amount of money that could be contributed on a tax-free basis. This could significantly increase taxes for those participating in such plans, and would certainly make continued participation less attractive. Ultimately, it could even lead to the demise of both HSAs and FSAs.

Limiting the deductibility of medical expenses. Under current law, medical expenses are tax deductible if they exceed 7.5 percent of an individual’s adjusted gross income. Some congressional Democrats have discussed raising the floor for this deduction, restricting the definition of what constitutes a deductible medical expense, or possibly eliminating it completely.

Only about 10 million Americans take advantage of this tax deduction annually, but by definition, they are those in poor health with high health care expenses. Nearly 40 percent of them are over the age of 65. Thus, any change to the deductibility of medical expenses would fall heavily on some of the people least able to afford it.

Soda and beer taxes. Having earlier increased taxes on cigarettes to fund an expansion of the State Children’s Health Insurance Program (SCHIP), congressional Democrats are considering increasing taxes on alcohol and soft drinks.

In addition, proposals call for a first-ever federal excise tax on sugar-sweetened beverages. This would include non-diet soda, fruit juices, energy and sports drinks, and iced teas and coffee.

Higher corporate taxes. The Obama administration has also proposed an additional $190 billion in corporate taxes over the next ten years to help pay for health reform.

The net result would be one of the largest tax increases in U.S. history. Yet it would still fall short of what is necessary to finance the president’s health care plan. Adding all the above tax increases together (using the most likely options) would yield perhaps $450 billion in new tax revenue. The government would still have to find at least $560 billion to pay for reform.

In short, there appears to be no way to pay for President Obama’s massive intervention into the American health care system without breaking the president’s promise not to raise taxes on the middle class.