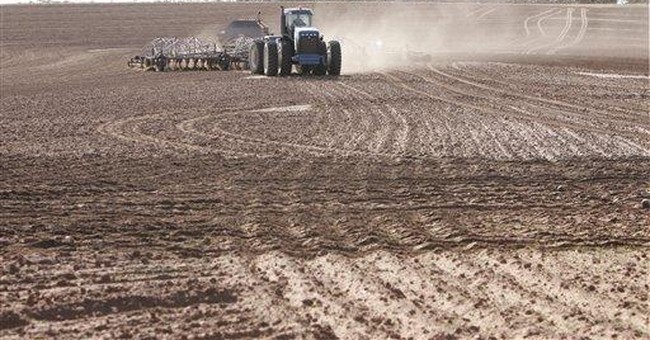 While politicians across the country continued to fight over who is liable for the current economic downturn, the Pennsylvania State Senate took matters into its own hands, seeking to provide concrete solutions for a stronger Keystone state economy. Last month, legislators – under Republican leadership – passed a comprehensive tax stimulus package, focused on strengthening the foundation of any strong economy: small business. In times of economic uncertainty, the Pennsylvania Senate reaffirmed faith in market-based solutions. Republican candidates across the nation should take note of the policies being pursued here, for a focus on small business is a focus on families – two winning themes for 2008.

Pennsylvania legislators engaged in an honest discussion on local economies, what is needed to spur growth and ultimately the necessary stimulus to turn the current economic tide. With the Pennsylvania job market worse-off than the national average, helping to better equip employers to invest for growth in the commonwealth – as proposed legislation provides – will prove critical. However, over the past week the General Assembly passed and the Governor signed the Fiscal Year 2008-2009 Budget Bill, without including these critical provisions. Unfortunately, the stimulus package will not pass this session. If nothing else, Senate Republicans have made their intentions clear in this debate and have held firm on some basic principles on behalf of the people of Pennsylvania: empowering small business is the cornerstone for a more prosperous state.

Pennsylvania’s economic development strategy of imposing high taxes on the business community and allocating billions towards corporate welfare programs (as the state’s governor would seek to perpetuate) has failed to generate growth or deliver the competitive business environment needed for investment and job creation. One of the best ways for Pennsylvania to act to spur the state's economy is to ease the financial burden shouldered by employers and job creators. The senate-passed legislation would increase the amount small businesses can write-off for certain re-investment and expansion purchases, and reduce taxes for certain corporations that significantly benefit the state’s job creation potential. The legislation also will focus relief on businesses that are based in the state, actually employing citizens, as opposed to companies that just sell their products there. Many in the business community assert that Pennsylvania’s tax burden hampers its ability to compete successfully for new jobs and investment. The action taken by Senate Republicans sought to even that playing field and lay the foundation for sustainable economic growth.

Most important, however, is the fact that the Senate bill is based on a sound economic principle: in order to get true economic growth, cut tax rates along with imposing spending restraints. Enacting this legislation means more money in the pockets of Pennsylvanians and makes for a better business climate. Elections may or may not be about change, but they are always about choices, and if Republicans are to be considered a viable alternative in 2008, they must re-stake their claim to policies of economic empowerment. Unfortunately, the Pennsylvania small business community is now looking to the next legislative session for this much needed relief.

In times of economic uncertainty, government should be limited so that it never infringes on the productivity of the market or spoils the fruit of ingenuity; taxes should be kept low so that families keep more of their hard earned money and benefit from the economic empowerment that it provides; and business regulation should encourage entrepreneurs to take risks, so that more individuals can enjoy the satisfaction and fruits of self-made success. The Republican leadership in the Pennsylvania Senate took action on a measure that is one step in the right direction and a good example for others to follow.

Most Americans know that the great opportunities this nation has to offer rests not in the programs of some bureaucrat but rather in the hands of individuals who strive to make tomorrow just a little bit better for their children than today has been for them. What Americans will respond to is a message based on these principles, one that is based on ensuring our families have the means and our small businesses the confidence, to allow the market to work its will and pull this economy in a new direction. Common sense, free-market ideas – such as those pursued in the Pennsylvania Senate –will create a framework for real economic prosperity and give tomorrow’s risk-takers something worth investing in—our economy.