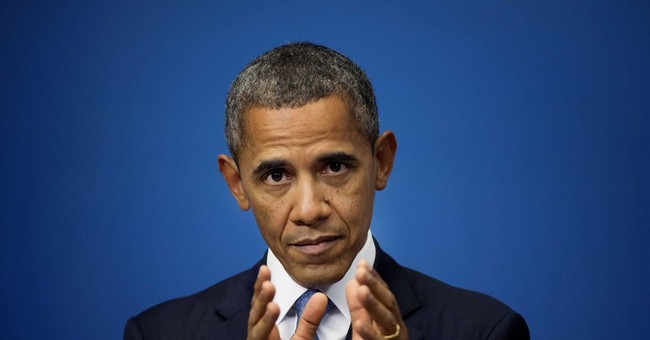 Wow. Remember when everyone was predicting 3 percent GDP growth for 2014? Apparently the “experts” were a little off. (Seriously… Economists, meteorologists, and global warming scientists must have pretty awesome job security.) It turns out that the first quarter of 2014 actually contracted 2.9 percent. Yeah, we just saw the largest revision between second and third estimates of GDP since 1976.

So what caused this (apparently) unpredictable drop in economic activity? Well… According to CNBC, it can all be chalked up to snowstorms in January and February (which are clearly freak occurrences due to global warming). Maybe we can just have Obama sign an executive order that bans winter weather?

So, several inches of global warming snow killed the economy in early 2014. I mean, it was no hurricane, or earthquake, or apocalyptic zombie virus outbreak, but it was still “extreme” weather, right? After all, there weren’t any broken levees, flooded New York City boroughs, or state-wide wildfires… But, yeah: snow caused the economy to shrink by nearly three percent. (Well, Bill de Blasio did keep all those rich Manhattan residents snowed in for a few weeks; but I don’t think the postponement of their Neiman Marcus shopping trips caused a massive contraction in GDP for the first quarter.)

Heck, with the way the Administration is trying to shift blame for poor economic performance, I’m almost expecting them to somehow blame Q1 GDP on a computer crash… Assuming that winter weather is the reason (which I’m kinda inclined to doubt), then we must have a pretty fragile “recovery” going on. The idea that GDP could be dampened by some heavy seasonal snowstorms is plausible; but if Father Winter is responsible for the single largest decline in economic output in five years, then our “recovery” is about as fragile as Hillary Clinton’s sense of reality.

But, wait a minute! I thought the Obamacare premium hikes were going to save us from this awful trend of disappointing GDP growth. Remember? Because that’s what the official White House Spin Doctor had to say when the first round of disappointing estimates were released (H/T thegatewaypundit):

So, let me get this straight: We were pinning our hopes of an economic expansion on skyrocketing healthcare inflation? “I know you can’t afford your rent, clothing or food… But look at your massive insurance premium. Aren’t we a prosperous bunch?”

But even with the burden blessing of Obamacare-induced increases in healthcare spending, we managed to see economic activity grind to a halt in January and February of 2014. (Apparently, the Obamacare price hikes hadn’t yet had their impact on the recovery-weary public.) So, again, we ask why did the Q1 GDP disappoint in the midst of our great Obamanomics comeback? Because people don’t buy things when it snows? (I mean, aside from snow shovels, winter clothing, hot water heaters, space heaters, scarves, insulated windows, de-icer, alcohol, dinners, movie rentals, books, health insurance, etc.)

Oh… But those people that originally told us we would expand by three percent in 2014, are now telling us that things are getting better. And who wouldn’t believe the group of experts who were surprised by the initial report of 0.1 percent growth? Especially when they were equally shocked by the subsequent revisions to that number, which ultimately showed a contraction of 2.9 percent…

So things are better, right? I mean, we just saw higher inflation than anticipated, with negative GDP, stagnant wages, and record-low labor force participation; but sure… Obamanomics is a big success.

Now, if we could just hike gas prices up a little, maybe we can make the 1970s jealous.