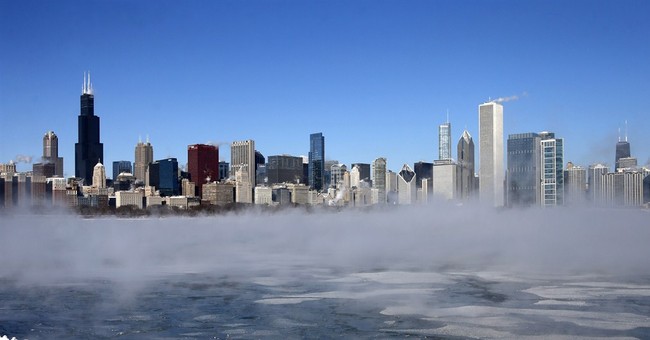 Chicago Liberals have decided to do what they do best: kill businesses and ban firearms simultaneously. The new gun laws proposed by the city of Chicago are being described (by admitted leftists) as the “smartest in the Nation.” Needless to say: They’re pretty dumb.

A Federal Judge recently demanded that the city develop an actionable plan to allow gun sales within city limits. Of course, not all (or any) of the city council members seem on board. Ald. Water Burnett Jr said of the gun stores, “I don’t think we want these kinds of things in our communities at all.”

Well, sure… I can understand that. And the city’s absolute ban on firearm dealers within city limits has been such a rousing success so far (sarcasm font), it only makes sense that we limit lawful businesses from the utopia-that-is Chicago.

Among the provisions are a slew of discouraging requirements: Dealers will be subjected to a $3,800 yearly fee; all transactions will be videotaped and subjected to arbitrary waiting periods; all shops will be subjected to quarterly inspections; Police supervised training will be mandated for all shop employees; all owners will be required to maintain a $1 million liability insurance policy; safety plans (whatever the heck that is) will be a requisite; and various ammunition will be banned altogether.

Oh yeah, and no gun store will be allowed in a private residence or within 500 feet of a park, school, or any building used for city, state, or federal purposes… In other words: There’s about 4.73 inches of Chicago that can house a gun store. (Okay, that’s an exaggeration. But 99.5 percent of the city will be effectively off limits to the industry.)

The ironic part of this 30 page plan, is that the only people it keeps from gaining access to lawfully provided firearms are the impoverished and disadvantaged. I mean, let’s face it: A rich guy can easily venture outside of Chicago city limits and avoid getting his purchase videotaped (not to mention foregoing the city-mandated 72 hour “waiting period” for a purchase). It’s the very people plagued by inner-city violence that are the most likely to suffer as a consequence from limited access to lawful tools of self-defense.

But, then again, what do you expect? Gun control in America has its roots in racism, Jim Crow, and oppression. In fact, rarely throughout world history has gun control been used as a tool to increase the safety of the general public. It has routinely been used to keep the masses beholden to government “protection”. Chicago’s proposal has an eerie similarity to the race-based initiatives proposed by Ku Klux Klan Democrats in the post-war South.