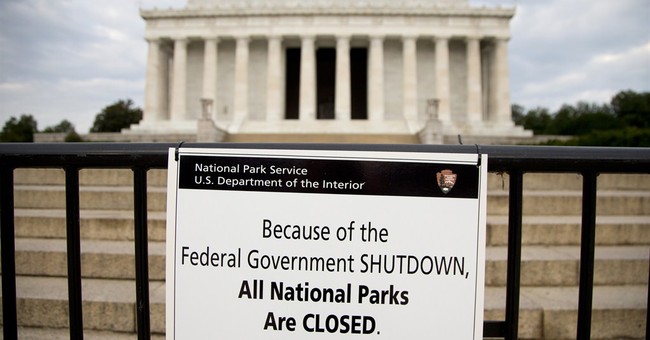 Well. . . At least there is some good coming from the (partial) government shutdown. Apparently, according to her twitter account, the First Lady will not be tweeting as much as she was before. . . Evidently the shutdown has caused her to furlough whoever was responsible for tweeting her abbreviated lectures on hydration, exercise, and vacation plans.

And, really, what will the general public (along with the millions of fake twitter followers on her page) do without insightful 140 character gems such as “Drinking water is an easy choice! #DrinkH20!”, or “The First Lady is in Watertown, WI today to talk about how we all need to #DrinkH20! Drink Up!”, or “The First Lady surprised kids from military families with cookies shaped like Sunny – the Obama’s new puppy!”? (Um. . . They have a new puppy? What Happened to Bo? Was he furloughed for being non-essential?)

The ironically delivered tweet, announcing there would be limited tweets, instantly reminded me of the Obama Administration’s knack for political theater in times of a government-centered crises.

Yesterday there were reports of Veterans who ignored the barricades placed around the Washington DC WWII memorial. Apparently, because of the (partial) government shutdown, the memorial to our greatest generation was barricaded off. But have you ever tried to tell an angry old veteran they couldn’t do something? These guys survived Normandy, the Battle of the Bulge, and Okinawa. . . A DC cop with a night stick isn’t really a match for a bunch of dedicated WWII vets.

After hearing the story, the thought dawned on me. . . Why were there barricades around an open monument? It would be akin to placing a barricade around the Lincoln memorial (which they did). My curiosity, however, turned to disgust, as I learned that the White House had been made aware of the planed WWII reunion at the memorial; and decided not to make an exception for the group.

The Obama White House even managed to utter feigned sympathies for military families who would have restricted access to VA hospitals and VA benefits yesterday; but not before making sure the White House kitchen staff were all scheduled to stay on duty.

All of this, as bad as it is, isn’t even the tip of the iceberg. The IRS is furloughing workers who verify tax returns for mortgage originations, but keeping those helpful souls who audit productive members of society.

Of course the media is lapping up the stories about government incompetence impeding the lives of average citizens. (And, of course, it’s all the fault of the Republicans.) And there’s a good reason for the political theatrics, and media hysteria surrounding the non-event of a (partial) government shutdown: If the shutdown is not visible to the average citizen, Americans might just realize the extent to which Democrats are overplaying their hand.

Theatrically, the (partial) government shutdown is a re-run of the Sequestration (AKA: the Economic Dimension of the Zombie Apocalypse). Democrats are scrambling to paint the situation as dire, before the public unearths the pitiful truth about the Federal Government. Because the truth – about much of the Federal government – is that, just like Michelle Obama’s Tweets, America can live without it.