Someone Hearts Bernanke- and Government Spending

Michael Schaus  |  Feb 21, 2013
The opinions expressed by columnists are their own and do not necessarily represent the views of Townhall.com.
Top Columns
Trending on Townhall Media 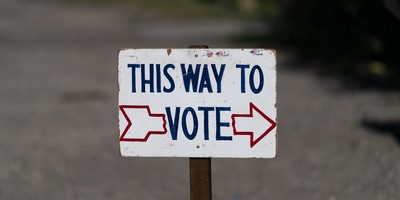 Over $5 trillion of new debt in four years, artificially low interest rates, and Quantitative Easing. Every bad policy has its backers. On rare occasion, all three share a common supporter. While Lee Munson, of Portfolio LLC, has certainly proven his ability to make money in a number of different financial environments, he is, nonetheless, certainly disqualified from joining Mensa- on public policy at least. In a recent interview he went out of his way to praise the sheer brilliance of current monetary policy. Munson, it seems, hearts Bernanke.

Lee Munson echoed the new leftist observation, that we (the United States Government) do not have a spending problem. He argued that out of control government spending is “a false premise.” Nancy Pelosi used similar wording when declining to acknowledge government’s ferocious appetite for increased budgets. President Obama said something of a similar nature to John Boehner when they were working out a compromise for the Fiscal Cliff. A growing chorus of Democrats have claimed that the problem is not the government’s current spending pattern, but the lack of taxes Treasury collects from your income. Alas, poor Mr. Munson is already in suspect company.

If you can stand it, watch the video:

In an attempt to assuage the trepidations of Austrian economists, Munson appeals to their hawkish nature by making the absurd claim that, "We have secret austerity happening in this country," adding, “back in mid 2010 the amount of Federal deficit spending versus GDP was 10.5 percent, now it's 6.5 percent."

And while those numbers are close to being true, it is hardly demonstrable austerity. What Munson fails to mention is the average deficit to GDP ratio. In 2008 our yearly deficit was roughly 3.2 percent of GDP. A stark contrast to the 6 percent Munson hails as a sign of fiscal frugality. In fact, it was after the implementation of the $800 billion stimulus that the ratio shot up to 10 percent. Since 2009, that ratio has (like the unemployment) remained stubbornly high. For comparison, consider that during the Great Depression, deficit to GDP only climbed as high as 5 percent.

Even Keynesian economists of the 1900’s argued for a deficit no greater than 3 percent of GDP. George Bush (rarely seen as a hawk on federal spending) argued for a deficit solution in which the economy would grow slightly faster at 4 percent than the yearly deficits.  What Munson misses is quite simple: Our deficits are far from being an illustration of restrained government spending. Not since World War II has our yearly deficits to GDP ratio been this high.

Munson then rattles a few more inconsequential statements about Wall Street being a rigged game, before getting to the real meat of his commentary. “The Fed is printing money to pick up the slack in the middle.” The slack in the middle? As if a lack of government spending (which doesn’t currently exist) somehow creates a void in the economy? Munson seems to believe the role of the Federal Reserve is to print the money that government is not spending or borrowing. At least he’s committed to his government-centric view of economics.

Then there is this audacious statement from the man who truly hearts Bernanke: "I don't like all this debt but it still worked.” By what measure? Unemployment. . . Which is still stubbornly high? The workforce. . . Which is at all time lows? Median household wealth. . . Which has fallen precipitously? By what measure is the majority of Americans better today than at the start of this crises?

In an attempt to dissuade his economic foes from lampooning his impetuous grasp on monetary and fiscal policy, he lets slip this gem: “Core inflation hasn't spiked, interest rates have remained artificially low and the dollar remains the world's reserve currency. You don't have to like any of that for it to be true.” Just because Munson says it, does not make it true either.

Peter Schiff has written extensively about the absurdity of trusting CPI (Consumer Price Index) as a gauge of coming inflation. A simple head swivel in your local neighborhood will demonstrate what the all empowered CPI fails to show you: The world has become more expensive. Gasoline prices are at record highs, grocery prices are climbing, as are a variety of other “essentials.” And while government bureaucrats might think CPI means something, it has an atrocious record of predicting inflationary symptoms.

The Fed is printing money at rates never before seen. And that might very well be responsible for keeping the market on a generally upward trend. Free money is usually well accepted. Yet, much of that money ends up in foreign bank vaults. Debt is the new currency as the Federal Reserve does its best to flood the market with cheap capital. How long until those dollars enter the economy with force? Ben Bernanke, despite Munson’s misplaced confidence, does not have a magical “stop” button for when inflation begins to show itself.

Monetary inflation is nothing new. The ancient Roman government used to shave the edges from its gold coins, in an effort to monetize the debt. The gold shavings were made into new coins, thus increasing the supply of coins at the cost of their value. What, if not devaluing the American dollar, is Ben Bernanke doing with quantitative easing? From thin air he has created billions of dollars; and Lee Munson believes no ill will come of this? If Munson is right, I suggest we petition the government for the right to print our own income. I could use a little QE in my life.

The simple truth that Munson, Pelosi, Obama and liberals fail to recognize is both haunting and predictable: Interest rates will rise, making debt service unsustainably expensive. The growing money supply will produce what it has always created in the past: inflation. And when the pending consequences of these policies finally do impact the economy, no level of confidence in Keynes, or Bernanke, will save the masses from the onslaught of economic reality.