Take Me Out to Fewer Ball Games

Michael Reagan
|
Posted: Apr 03, 2021 12:01 AM
Share   Tweet
The opinions expressed by columnists are their own and do not necessarily represent the views of Townhall.com. 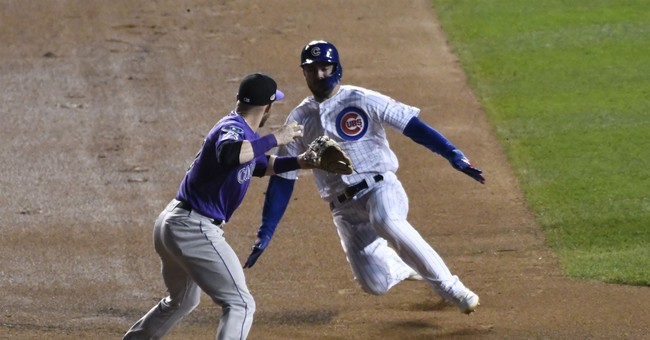 The Pandemic of 2020 was a tragedy for the whole world.

But our all-out war against the coronavirus taught Americans a bunch of important lessons.

It proved that our political system in Washington is a partisan train wreck.

It proved that you can't teach kids by Zoom as well as you can in person.

It proved that the CDC doesn't know what it's doing and Blue State governors will issue sweeping lockdowns even when they have no idea how much collateral harm they'll do to the rest of society.

And on a much, much lighter note - and as a way to mark Opening Day of the 2021 Major League Baseball season, the pandemic proved to us that America's former national past-time doesn't need a 162-game season.

Last year, because of lockdowns, teams played only 60 fan-free games, but the shorter season was probably good for everybody except ushers, vendors and betting parlors.

I'm not the first baseball fan who watches the Weather Channel regularly to point out that starting the season in April and ending it in November in North America is crazy.

For instance, on Thursday in Chicago the Cubs and Pirates started their opener at 2:30 p.m. with the temperature at 34 and a wind chill in the low 20s.

The game slogged on for nearly four hours and the Pirates won. No word yet on survivors.

The toll of frostbitten fans was held down only by Mayor Lightfoot's determination that "her" city's current COVID-19 statistics allowed 20 percent capacity at Wrigley Field.

In other words, instead of 41,374 shivering baseball nuts in Wrigley there were 8,274 - wearing masks when not eating or drinking hot chocolate and bunched together for about three hours in pods of four or less.

In Pittsburgh, where it snowed on Thursday, the governor of Pennsylvania has kindly allowed the Pirates to fill PNC Park to 50 percent capacity for their home opener next week - about 19,000 fans (roughly the 2019 season attendance average).

Other stadium capacities are all over the lot: 25 percent in Miami, 20 percent in Yankee Stadium and just 12 percent in Boston.

In the still great state of Texas, the capacity at the Rangers' Globe Life Field was set at 100 percent, a figure that made a nerdy writer at the New York Times gulp in fear and loathing.

Baseball is a great game, and I'm glad it's back. But it's just not as much fun anymore.

The last time it was truly fun was in 1998 when Mark McGwire's of the Cardinals and Sammy Sosa of the Cubs had their epic home run chase and both erased Roger Maris' season record of 61 set in 1961.

McGwire ended up with 70 homers and Sosa 66 and the league promoted the heck out of the race.

Though it was tainted by McGwire's admission that he used performance-enhancing drugs - "juices" that were legal at the time - it made baseball exciting, fun and something for fans to follow day by day.

Baseball was fun for Los Angeles fans last year when the Dodgers won the World Series, but the best part of the 2020 season was its shortness.

Now we're back to 162 three-hour games that won't start to mean anything for the best teams until September, when the fight for the playoffs gets serious.

I have friends who just paid $14,000 for four season tickets to the Dodgers. That means 81 long days and nights ahead at Dodger Stadium.

I don't care how good L.A. is this year, you've got to be a certified baseball addict to endure that kind of overdose.

After last year's shortened season, baseball probably needs a 162-game schedule this year to satisfy its hardcore fan base.

But except for the major market teams with deep pockets, most teams will be out of the pennant race by mid-May and for the rest of the year they'd be thrilled to see their ballparks even a third filled.

If those teams want to pretend they are bumping up against the COVID-19 capacity limits, they better keep about 10,000 of their cardboard cutout fans ready.