Michael Reagan
|
Posted: Dec 27, 2019 12:01 AM
Share   Tweet
The opinions expressed by columnists are their own and do not necessarily represent the views of Townhall.com. 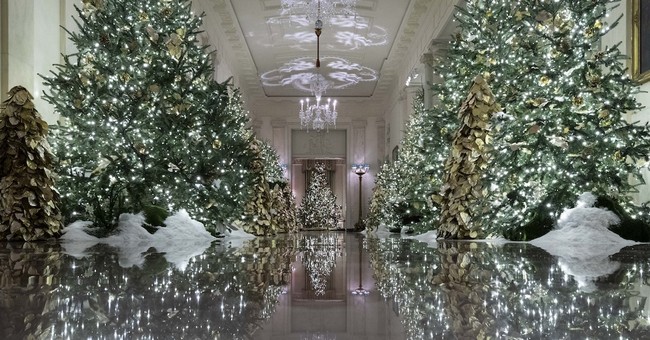 What a great holiday season it is.

Congress is on vacation, which means all the rest of us get a break from politics.

We're in the middle of what amounts to a national Christmas ceasefire in our never-ending, 24/7 political civil war.

The best present I received this year was that no one talked politics at my house all Christmas day.

The "Trump" word was never spoken. Neither was the "Pelosi" word or the "Impeachment" word.

We actually wished each other Merry Christmas, opened gifts and watched our grandkids go bonkers opening their toys.

That's what Christmas Day in the U.S. is supposed to be all about - and used to be.

The nicest and most important present of all for me this year, however, was that my sister Patti came over and spent part of the day with us.

She and I share little common ground when it comes to politics, to put it mildly, and she had never even been to my house in Los Angeles before.

Actually, until this year, I hadn't spoken to her since 2004, when my father's will was read.

But when Patti was recently asked to do a TV program about our family for a cable station, she asked me for my help.

The project was going to be about what life was like for us Reagans before my father ran for governor of California and politics took over his life and changed ours forever.

The program idea didn't work out for Patti in the end, but it brought the two of us together this year for first time since 2004.

I met her for lunch a couple of times, but we had not been with each other at Christmas since 1992 or 1993, when the family got together at my dad's house when he was in the early stages of Alzheimer's.

On Wednesday, Patti came over for several hours and saw my kids Cameron and Ashley. She met her grand-nieces Marilyn, who will be 4, and Penelope, who will be 2.

Patti and I sat down and talked about the family, what we we've been up to lately and lots of other things - but not a word about politics.

We had no good reason to discuss or argue politics.

I know how she feels about conservatives and President Trump. She knows what I think. Why bring it up?

The two of us Reagans were able to enjoy Christmas Day without getting mad at each other because, as our father used to do when his politically divided family was together, we completely avoided politics.

If Patti and I can exchange gifts and have a wonderful time without letting it be ruined by politics, I don't see why everyone could not do the same.

In fact, keeping partisan politics out of Christmas - and all our family holiday gatherings -- is the best resolution I can think of in 2020.