To Opioid Hell and Back

Michael Reagan
|
Posted: Apr 06, 2018 11:32 AM
Share   Tweet
The opinions expressed by columnists are their own and do not necessarily represent the views of Townhall.com. 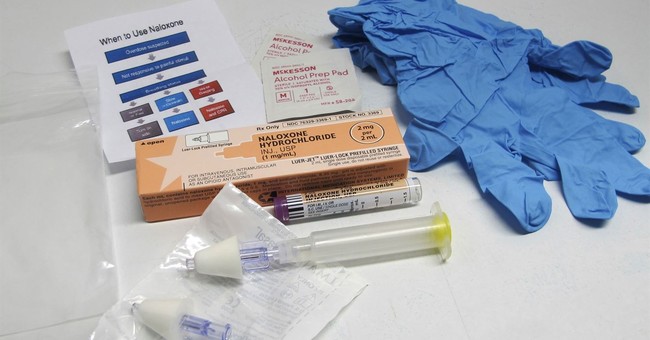 After three weeks of living in opioid hell - of constantly being sick to my stomach, of throwing up, of having the shakes and feeling depressed and crying - my body and brain are back to normal.

I'm no longer high and messed up on pain killers.

I'm no longer trying to withdraw from them.

And I have a new, up-close-and-personal understanding of the country's opioid epidemic and how easy it is for a 70-something guy like me to become addicted to potent pain pills.

My opioid nightmare started on March 13 when I had my left knee replaced. The surgery went fine, but with knee replacement all the pain comes during recovery.

When I was released from the hospital on March 15 my doctor wrote me a prescription for oxycodone.

Fifty pills. Two every four hours at first, then one every 12 hours.

For the first 10 days and 30 oxycodones, I was pain-free but a complete mess. I was often nauseous. I threw up now and then.

I tried to do my knee exercises as I sat in my recliner chair and watched "The Voice" and whatever else was on.

I don't really remember much else from those first 10 days, except for feeling sick and occasionally throwing up, but my wife told me my whole personality changed.

I was angry. I was sad and depressed. The pressure I was putting on my family to take care of me made me start crying.

On Sunday, March 25, my wife took my opioids away, but I took pill No. 30 against her will.

On Monday morning I got up, felt nauseous - and threw up. I threw up every day after that for ten days, but the third day of my withdrawal was the worst.

I felt like I had been hit by an earthquake. I had the shakes all day.

When I went to have my surgery staples removed, the knee doctor took one look at me and sent me straight to my heart doctor.

The heart doctor took one look at me, ran an ultra-sound on my heart and sent me back to the ER for blood tests.

At the ER I threw up.

I sat in the ER for several hours, then went home and got lots of fluids. I was shaking so much I couldn't hold my hand steady or sign my name.

Today - April 5 - I can say I'm finally recovering from addiction.

Yesterday was the first day since March 15 that I woke up and didn't feel like I was going to be sick. For the last week I haven't thrown up once.

Last night was the first time I thought I could safely go out to dinner and order food. My wife Colleen and I split a dinner.

The worst for me is over and I've learned some lessons the hard way.

I now understand how powerful and dangerous opioids are. And how important it is to have a loving family at home to take care of you when you're taking them or trying to get off them.

During the last few days I've run into several other guys who had their knees replaced.

What they said made me feel kind of stupid.

One guy said he never touched oxycodone. He took Tylenol 3, which has codeine but is less potent.

When I ran into George Thomas, the retired foreman of my father's ranch, he told me he had had both of his knees replaced.

When I told him I was still recovering from opiates, he said, "I didn't take anything."

I'm not as tough as old George.

I know opioids are valuable weapons against pain, and that before they were over-prescribed to help create the current crisis they were often under-prescribed.

But if I have to have my other knee replaced, I'm going to take Tylenol 3 and keep the oxycodone in the box.