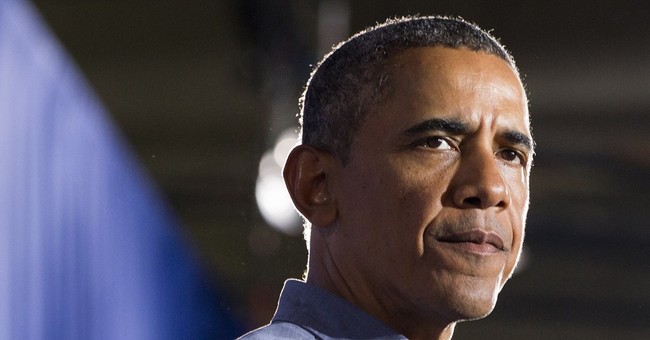 I don't know who's more confused about Syria, President Obama or me.

With his alleged use of poison gas against his own people, including women and children, Bashar al-Assad of Syria has crossed our president's famous red line -- again.

No, seriously. He does. Really. He's not just talking you-know-what.

In the words of The New York Times, the war hawk-in-chief is going to "hold the Syrian government accountable for a 'moral obscenity' that has shocked the world's conscience."

The administration is turning up the rhetoric and lining up our allies to support us. The cruise missiles are parked and taking aim offshore. The news media are on full alert.

It could happen this weekend. But whoever is truly responsible for the use of poison gas in the suburbs of Damascus is still an important question without a credible answer.

The U.S. Department of State, our intelligence agencies and the corrupt charlatans at the United Nations all assure us that it was Assad's side.

They're still collecting the evidence but, "Trust us," they say, "it was the rebels. We'll have the proof for you in just a few months.”

Is it just me, or do you feel a "Gulf of Tonkin" moment coming on?

A lot of wise people who don't work for Obama are wondering how Assad would be so stupid.

He's beating the rebels. He's already murdered 100,000 of his unfortunate citizens with bombs and bullets. (Was that OK as long as he didn't use poison gas?)

Why would Assad want to guarantee the military wrath of the United States by using the only weapon short of tactical nukes that could get three ex-peaceniks like Obama, Joe Biden and John Kerry calling for military intervention against him?

Even Hillary Clinton could tell you it's the Syrian rebels who stand to gain the most from Assad's use of chemical weapons.

And the Russians are not the only ones to suspect that the rebels, in their desperation to get outside help, might have sacrificed a few hundred innocent lives to get it.

It wouldn't be the first time that cold-hearted calculus was used in that bloody part of the world.

President Obama insists he's not after regime change in Syria, which is another thing that makes no sense. Is he trying to send Assad some sort of subtle hint?

He'd be better off sending U.S. warplanes on a midnight bombing run to Assad's favorite palace. That's what my father did in 1986 to signal Mr. Gaddafi that we were serious about wanting him to cut the terrorist crap -- and it worked for the next 20 years.

Obama's too smooth for that blunt kind of message-sending. And now he's clearly being suckered into throwing our military weight behind the rebel side in another ugly civil war in the Middle East.

Obama's overall lack of leadership, his dithering and delaying during the revolutions in Libya and Egypt, his empty blustering, his kowtowing to the United Nations -- they don't inspire confidence for success in Syria.

No one -- least of all the White House -- knows what will happen after the missiles hit. Will Russia, Syria's longtime friend and bodyguard, use our intervention as an excuse to reheat the Cold War?

Will Assad say "uncle" and split for wherever island the world's worst despots retire to? Will the democracy-loving Syrian rebels -- whoever they really are -- take over?

Don't ask Obama. He's as confused as the rest of us.

We'll probably never know who was responsible for using poison gas in Syria. But we'll always know whose blundering incompetence got us into an unnecessary war there.