The Butler from Another Planet 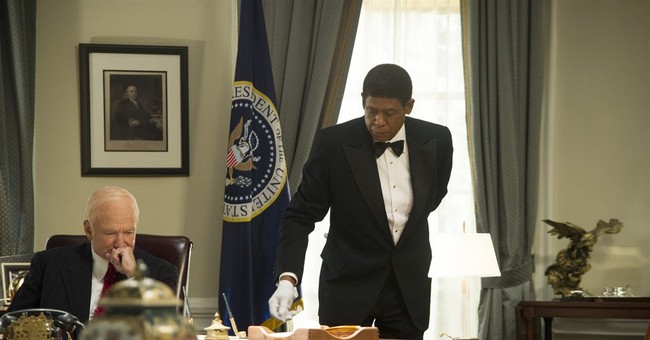 There you go again, Hollywood.

You’ve taken a great story about a real person and real events and twisted it into a bunch of lies.

You took the true story of Eugene Allen, the White House butler who served eight presidents from 1952 to 1986, and turned it into a clichéd “message movie.”

Guess which one grew up in segregated Virginia, got a job at the White House and rose to become maître d’hôtel, the highest position in White House service?

Guess which one had a happy, quiet life and was married to the same woman for 65 years? And who had one son who served honorably in Vietnam and never made a peep of protest through the pre- and post-civil rights era?

Guess which butler feels the pain of America’s racial injustices so deeply that he quits his White House job and joins his son in a protest movement?

And guess which butler has a wife (Oprah Winfrey) who becomes an alcoholic and has a cheap affair with the guy next door? (I’m surprised it wasn’t the vice president.)

After comparing Hollywood’s absurd version of Eugene Allen’s life story with the truth, you wonder why the producers didn’t just call it “The Butler from Another Planet.”

Screenwriter Danny Strong says he was trying to present a “backstage kind of view of the White House” that portrayed presidents and first ladies as they really were in everyday life.

Well, I was backstage at the White House -- a few hundred times. I met and knew the real butler, Mr. Allen, and I knew a little about my father.

Portraying Ronald Reagan as a racist because he was in favor of lifting economic sanctions against South Africa is simplistic and dishonest.

If you knew my father, you’d know he was the last person on Earth you would call a racist.

If Strong had gotten his “facts” from the Reagan biographies, he’d have learned that when my father was playing football at Eureka College one of his best friends was a black teammate.

Strong also would have learned that my father invited black players home for dinner and once, when two players were not allowed to stay in the local hotel, he invited them to stay overnight at his house.

Screenwriter Strong also might have found out that when my father was governor of California he appointed more blacks to positions of power than any of predecessors -- combined.

It’s appalling to me that someone is trying to imply my father was a racist. He and Nancy and the rest of the Reagan family treated Mr. Allen with the utmost respect.

It was Nancy Reagan who invited the butler to dinner – not to work but as guest. And it was my father who promoted Mr. Allen to maître d’hôtel.

The real story of the White House butler doesn’t imply racism at all. It’s simply Hollywood liberals wanting to believe something about my father that was never there.

My father’s position on lifting the South African sanctions in the ‘80s had nothing to do with the narrow issue of race. It had to do with the geopolitics of the Cold War.

But facts don’t matter to Hollywood’s creative propagandists. Truth is too complicated and not dramatic enough for scriptwriters, who think in minute terms, not the big picture, when it comes to a conservative.

Despite what Hollywood’s liberal hacks believe, my father didn’t see people in colors. He saw them as individual Americans. If the liberals in Hollywood -- and Washington -- ever start looking at people the way he did, the country will be a lot better off.