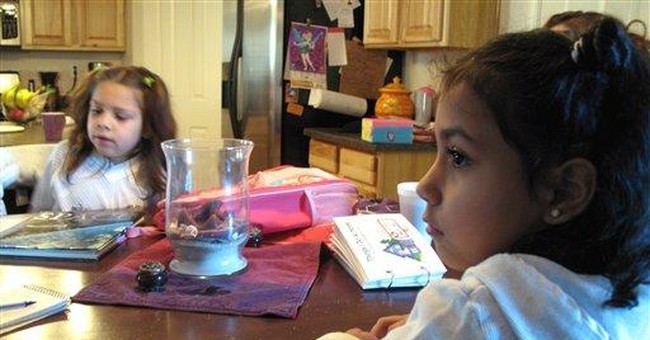 Michelle Rhee, Chancellor of the struggling public school system in the District of Columbia, has already won bi-partisan admiration for her energetic and innovative efforts to shake up one of the most troubled educational establishments in the country. Now she deserves further plaudits for her courageous clarity on the issue of vouchers. Most public education bureaucrats reflexively oppose vouchers as a threat to their monopoly, denouncing any use of government funds to allow poor children to choose parochial or private school alternatives to failing neighborhood schools. Ms. Rhee, however, fearlessly spoke up against efforts by Congressional Democrats to kill a promising vouchers program in the nation’s capital. “Part of my job is to make sure that all kids get a great education,” she told the New York Times, “and it doesn’t matter whether it’s charter, parochial or public schools. I don’t think vouchers are going to solve all the ills of public education, but parents who are zoned to schools that are failing kids should have options to do better by their kids.”

Her clarity on this issue should embarrass the Obama administration to halt the efforts by its allies to undermine the vouchers program in the nation’s capital. Currently, the Opportunity Scholarships Program provides $7,500 annually to cover tuition, fees and transportation expenses for 1,700 poor children to attend private school. A recent study showed that the parents of these students overwhelming preferred the religious and private alternatives they chose in large part because they considered the environments safer than the D.C. public schools. Of the children who currently participate in the program, 90% are African-American, and 9% Hispanic – with less than 1% white or Asian.

Nevertheless, Congressional Democrats have urged Ms. Rhee to prepare to re-enroll the vouchers kids in public schools after they succeed in terminating the Opportunity Scholarships. If they do return to the D.C. system, taxpayers will spend far more – twice as much, in fact --- for each of them than the cost of the current $7,500 a year scholarships.

The brain-dead Democrats who support this idiotic teachers union priority ought to explain why they want to waste public funds and to take away choice from 1,700 black and Latino kids, in order to force them into a school system whose heroic chancellor doesn’t even want them back. Why should purportedly compassionate liberals impose their own partisan values not only on a group of impoverished but loving parents who support and depend on the vouchers program, but on Michelle Rhee, one of the most courageous and clear-thinking school administrators in the country?