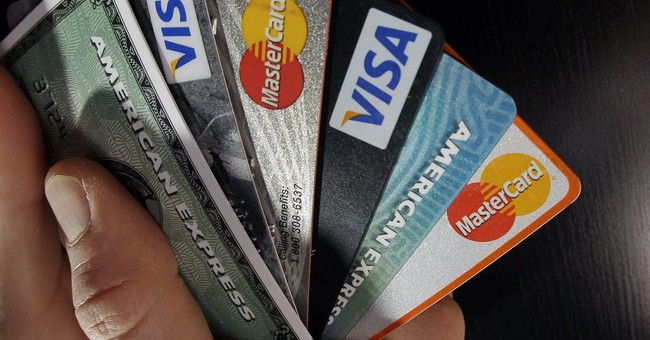 Milton Friedman is famous for saying, “The consumer should be free to decide what risk he wants to take,” when it comes to transactions and behavior. One problem we have in America is well-intentioned non-governmental organizations (NGOs) and policymakers proclaiming the opposite. Accordingly, they support policies that always result in the exact opposite of what is intended. By assigning a judgment to certain choices, and encouraging policymaker to block these choices, ordinary people are forced into selecting the worst options.

Let’s take credit as an example.

As a result of poor economic policy, there are now more people who have left the workforce than at any other time in the past 40 years. The Labor Force Participation Rate is not only at the same level as it was under Jimmy Carter, but has declined more during Obama’s reign than under any other modern president.

Meanwhile, lousy fiscal policy has created an inflation rate that is vastly above what is reported. Inflation is not 3%, folks, it is closer to 10%. With more people than ever out of work, and inflation eating away at their savings, they are forced to seek out credit to make ends meet.

Except policymakers, not content to create this mess, then pass the Dodd-Frank law, and create the CFPB – which thus far has done all it can to block access to credit for Americans when they need it most. The CFPB has repeatedly hammered any financial services provider that provides credit. The most notorious assault came from the combined attack on short-term credit from the CFPB and Operation Choke Point run by the DOJ.

That’s not where it ends. Unsatisfied with denying people credit, the next step is to prevent those people with credit who run into trouble from having insurance to help them out.

This is unfortunate, because we need entities like the NCLC to be true to their mission -- “to fight for the rights of low-income families” – rather than run counter to its noble endeavor by maligning credit insurance with a paper chock-full of inaccurate information and, in some cases, data that is entirely false. The truth of the matter is that credit insurance is the only safety net for many Americans, who desperately need to protect their credit rating in a world where a FICO score matters more than any other number in a person’s life.

Credit insurance is voluntary, cost-effective, and can protect financial health by covering creditor payments if an unexpected life event occurs. One doesn’t need to purchase a million dollars of insurance, as one might with auto or life insurance, but just enough for a few thousand dollars of coverage. The cost is incredibly reasonable considering the protection it offers.

A recent sampling of industry research shows that most Americans are simply not in a position to withstand financial shock.

· 55% of American households are savings-limited, meaning they can replace less than one month of their income through liquid savings

· 70% of American households face at least one of the following challenges: savings-limited, debt-challenged, or income-constrained

· 37% of adult Americans have no savings earmarked for emergencies.

This data is concerning enough as it is, but if Americans weren’t underinsured, then at least there would be some mitigating factors. Unfortunately, they are vastly underinsured.

· 68% of Americans working in the private sector have no long-term disability insurance.

· Over 95% of disabling accidents and illnesses are not work related, and thus are not covered by workers’ compensation.

· Employer provided disability coverage provides at most two-thirds of income prior to disability and is generally reduced by Social Security Disability benefits.

Credit insurance provides exactly the kind of gap coverage it is intended for, and is entirely consistent with the NCLC’s stated mission. It is easy and convenient to obtain, usually available at the point-of-loan, and usually without any underwriting. The cost doesn’t increase because of one’s age or health or driving history. Even Sen. Elizabeth Warren, says, “A bad credit rating is far more often the result of unexpected medical costs, unemployment, economic downturns, or other bad breaks than it is a reflection on an individual's character or abilities.”

Exactly! So why not let Americans make their own choices about credit and credit insurance? The NCLC totally missed the boat on this issue and is harming the very people it wants to help by seeking to limit their choices. It is entirely inconsistent with what Milton Friedman preached for decades.