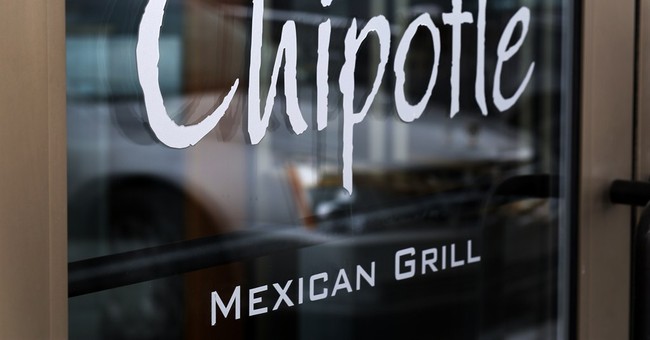 First of all, before we get to the advice, you are to be congratulated. You San Francisco-dwelling minimum wage supporters are a hearty lot. It takes an amazing amount of fortitude to maintain the position you hold. Many people would have given up this fight long ago.

Your commitment to increasing the income of your city’s workers is admirable. Rather than relying on the complicated and more difficult process of implementing economic policies that would increase business growth and job demand, you went right to the city council. Asking them to simply legislate higher income was a genius shortcut.

You also had to ignore the fallout from Seattle’s experience. After SeaTac passed the nation’s first-ever $15 minimum wage, followed by Seattle itself, the news was not good. Stories of lawsuits, business closures, layoffs, and other negative economic news have been published all over the country. You have given this no attention whatsoever. Good for you.

But now you have another hill you have to climb: the American Enterprise Institute just announced the results of a study that showed that Frisco’s Chipotle increased their burrito prices more than anywhere else in the nation. About half the markets they surveyed had price increases and all of those but one had minimal increases of 4 to 6%. San Francisco’s stores, however, averaged 10 to 14% increases on all menu items.

The food costs, however, aren’t the worst part of it: the minimum wage increase you recently mandated was also 14%. Not only did the AEI article directly connect the menu price increases to the wage increases, multiple other news and commentary sites did so as well. They’re all basically saying that by requiring Chipotle to pay its workers more, you forced them to raise prices.

That is the crux of the problem we need to confront: you will be finding yourselves having to explain and defend this. There may even be those who are laughing uproariously, reveling in the result that they predicted would be coming. They’ll throw “I told you so’s” at you faster than a speeding bullet.

But stay true to your feelings and heart: you graciously voted your workers a wage increase and local businesses have responded by greedily increasing prices, saying that it’s necessary to cover the new labor costs.

Obviously, not only was this an unintended consequence, but it is also immoral as well. The costs for correcting the wage errors in the city should not be borne by the city residents, via paying more for goods and services. These costs should be borne by the wealthy capitalists that own these businesses.

How can we do this? By using shame and carefully-communicated rhetoric.

The rhetoric part is easy. You must reiterate “the city’s commitment to its workers and their economic circumstances.” Caring trumps everything and focusing verbal expressions of that care on the improvement for the employees will be meaningful. Clearly, you’ll want to bypass or ignore any mentions in response that refer to increased food prices or inflation. If anyone has the temerity to point out that businesses may not hire more workers or even lay them off as a consequence, ignore that too.

The point is that people deserve a wage that helps them pursue the American dream. It’s not right for people to toil and toil yet fall further and further behind. You celebrate the gains that have been made on the behalf of the not-so-lucky and refuse to give ground to the naysayers.

See how those sentences roll together so nicely? With a little bit of practice they’ll be as easy and automatic as spelling your name.

The shaming part requires a little more advance work and research, but it is not hard. And it will be exceptionally powerful.

Steve Ells and Montgomery Moran are the co-CEOs of Chipotle, live in Colorado, and have received hundreds of millions of dollars in pay since they started the company. They don’t need more money. Collect pictures of their homes and automobiles. Use these as visual aids when pointing out greedy price gouging. Remember, they didn’t built that.

The third person that is ripe for shaming is the third-largest shareholder Albert Baldocchi. He has strong Bay Area connections, having an undergraduate degree from Berkeley and a masters from Stanford. The perfect approach here is an “Et tu Baldocchi?” narrative. He should know better. What happened to this man?

The overwhelming vast majority of Americans have incomes and net worths that are a fraction of these three. Most of them love Chipotle. Reach out to them. Shame the fat cats and communicate the caring.

Whatever you do, do not even consider, not for a moment, changing course.