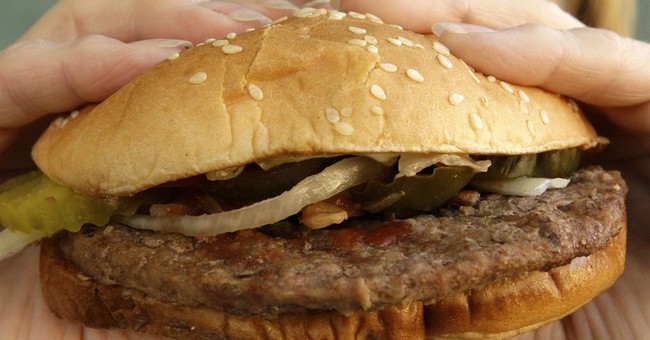 Celebrate with me the recent lesson learned by the city council of Los Angeles after a 7-years-long experiment in nanny statism that ended in utter failure.

A public health report released in early 2007 showed that South Los Angeles residents were significantly more obese than those in the remainder of the city, including adults and children, and the data showed a dramatic increase from a similar report from a decade earlier. Furthermore, occurrence of obesity-related illness, such as diabetes, was more present in the area and also showed an increase.

The city council decided that something needed to be done.

The city council, having apparently been convinced they'd solved the consistent problems that have plagued the largely poor and minority-populated area of the city - such as economic stagnation, high occurrences of violence, and awful schools - had found a new bogey man to pursue: obesity. In the summer of 2008 they voted unanimously to forbid the opening of any new stand-alone fast food areas in a 32-square mile section of the city.

Jan Perry, the council member who proposed the ban, said this at the time:

The people don't want them, but when they don't have any other options, they may gravitate to what's there.

Almost 7 years later, the results are in. And they are not good.

The Rand Corporation just released its evaluation of what has happened over the last seven years and there were two significant findings:

1 Fast food consumption and obesity rates in South L.A. continued to outpace the rest of the city.

2 The number of fast-food stores increased by 10% despite the ban.

The ban, which specifically applied to stand-alone stores, didn't apply to those in strip malls or other similar locations and so that's where all the location increases occurred. In other words, the market responded by building more establishments where the ban did not apply.

Overnight indeed. Initially, the ban was for one year and had been extended numerous times. Only in a progressive's mind would the goals of a program, with absolutely no results at all while it was in place, be so quickly redefined.

For the left, intentions and hoped-for results are the beginning and end of a discussion. Actual results and unintended consequences are mere footnotes, if mentioned at all. While health issues are certainly something to be concerned about, especially since with Obamacare the collective now has financial responsibility for one's poor life choices, it's now obvious that trying to affect them via real estate zoning is a failed idea.

As the issues mentioned above that confronted the area back then - economic difficulties, education failure, and violence - are still just as present and affecting residents, perhaps the council should consider focusing on those issues. Which is what they should have been doing in the first place.