If Obama Moves With Illegal Gun Control, His Legacy Sentencing Reform Bill Must be Killed 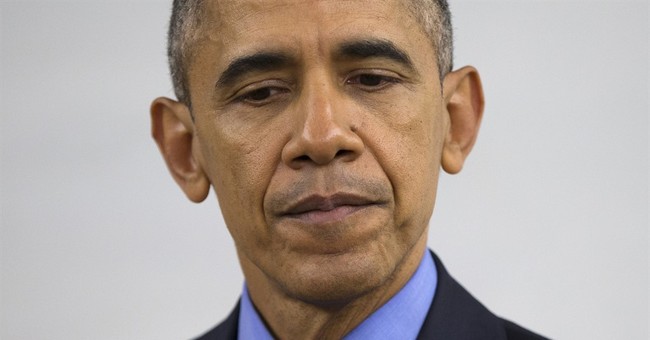 One of two "legacy" items Barack Obama is expecting for 2016 is his bill to ease up on sentences for drug traffickers.

Make no mistake about it:

- As Heather MacDonald has dramatically pointed out, the drug traffickers Obama would release on the streets are not, except in highly exotic cases, "mere" drug users. They have been convicted of "drug trafficking" -- and that's what they plead down to.

- For Article I, Section 8, purists, understand that, when homicide rates -- plus burglaries and robberies -- soar to 1970-80 levels, big, nasty gun control will be the invariable result. And the role of the federal government will be MUCH larger than it is now.

- While the bill would release drug traffickers, it would do virtually nothing about mandatory minimums (18 U.S.C. 924(c)(3) et seq.) for people who are in prison because of their status as gun owners.

- Overall, the bill dramatically increases both maximums (section 105(a)(1)) and minimums (section 108) for veterans with PTSD who keep their guns and technicians who post "how to" gun data on the Internet.

- If the GOP helps Obama pass this bill, he will do a victory tour with the NAACP, ACLU, and the Leadership Conference. Obama will look less like a failed president, and the result will be much brighter prospects for Hillary. Incidentally, in at least some states, the newly released drug traffickers will ultimately be able to vote for Democrats.

That said, up until now, I was open to the possibility that, as an accommodation to our friends, the bill could be cleaned up.

Now, Obama is moving to impose illegal gun control on casual collectors who irregularly sell guns from their collections. It is illegal, under 18 U.S.C. 922(a) and (t), to require these gun owners to be treated as though they were gun dealers. But, with his newly-packed courts (Thanks, "nuclear option"), Obama is now prepared to declare himself King and challenge us to do anything about it.

And it is understandable that he would think that way. With immigration, ObamaCare, Planned Parenthood, the environment, labor law, etc., the White House has pretty consistently ignored the law -- with the full expectation that the lapdog media would support them and cowardly Republicans would capitulate.

But we are past the point where we can shake Obama's right hand -- at the same time he is stabbing us in the back with his left.

If Obama moves with his illegal gun control scheme -- which he is so gleefully leaking from his Hawaii vacation -- his sentencing reform legacy has to die.

At a time when Obama has given the words "common sense" as bad name, it is just "common sense" that the congressional GOP cannot move ahead to reward Obama supporters, create Democratic voters, and elect Hillary -- at the same time that he is working ruthlessly to destroy the GOP base.

For the GOP to go along with this -- when they have all the good cards in their hand -- would be perhaps the stupidest thing they had ever done. And the competition for this designation is stiff.