Michael Hamilton
|
Posted: Jul 04, 2016 12:01 AM
Share   Tweet
The opinions expressed by columnists are their own and do not necessarily represent the views of Townhall.com. 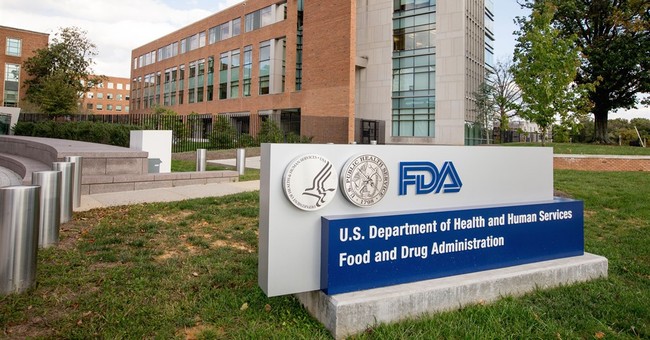 Every person, regardless of race, creed, or country, is born into the world with certain natural rights, including the right to live, the Second Continental Congress declared 240 years go this July 4.

From the right to life, surely one can infer a right to try to extend one’s own life and improve its quality.

For this reason, all 13 states that declared independence from Great Britain in 1776, and simultaneously declared unalienable each person’s rights to life and liberty, either have passed or are considering passing legislation expanding the freedom of terminally ill patients to try to survive.

The remaining eight original states—Connecticut, Delaware, Maryland, Massachusetts, New Jersey, New York, Pennsylvania, and Rhode Island—or about 60 percent, have introduced their own right-to-try legislation at least once since 2015.

As a group, these 13 states are behind the national curve; 60 percent of all states already have right-to-try laws on the books. Unfortunately, even in the country’s 30 right-to-try states, the federal bureaucracy is blocking some terminally ill patients from accessing experimental treatments. Living in one of the 20 states without a right-to-try law could set them even back further.

Under current federal regulations, before manufacturers of drugs and medical devices make their products available to patients, they must obtain FDA approval. This approval process can take up to 15 years—obviously too long for terminally ill patients, and equally prohibitive for healthy people who will be diagnosed with a terminal illness in the near future.

Some investigational drugs make it through Phase 1 of FDA testing in a timelier manner. Enter state right-to-try laws, which help create a legal path for eligible patients willing to take their chances with these treatments.

Right-to-try legislation typically defines eligible patients as consenting individuals whose physicians have recommend an experimental treatment after issuing a terminal diagnosis. Patients must have already considered all treatment options fully approved by FDA. Unless the manufacturer foots the patient’s bill, patients must pay for the experimental treatment themselves, not through insurance. Manufacturers are protected from recrimination for failed treatments.

Some object to right-to-try legislation on the grounds FDA’s expanded access, or compassionate use, program already provides patients an avenue for accessing investigational treatments. Only 14 out of 1,430 applicants, less than 1 percent, were declared “not allowed to proceed” in 2015, FDA reported. This percentage is probably deceptive, however, considering a 2016 report by the Goldwater Institute, which found “the number of ongoing clinical trials open to compassionate use is a tiny fraction, far less than 1 percent.” In other words, FDA may be accepting most applicants, but relatively few terminally ill patients (and doctors on their patients’ behalf) are bothering to apply.

FDA Commissioner Robert Califf has acknowledged the burden of FDA’s expanded access application process. “One way we hope to make things simpler for physicians is to reduce the amount of time they spend filling out a request for access to an investigational drug,” Califf said in a June 2 statement announcing the release of a simplified compassionate use application form.

Simplified or not, the form will lose significance if state and federal lawmakers answer the plea of terminally ill patients for a legal path around FDA. Herein lies a second objection to right-to-try laws.

Congress, however, is contemplating a pair of federal right-to-try bills that would effectively end FDA’s obstruction of experimental treatments for the terminally ill in right-to-try states. Sen. Ron Johnson (R-WI) introduced the Trickett Wendler Right to Try Act of 2016 on May 10. The bill, whose counterpart in the House turns 1 year old this July, would let manufacturers and patients attempt investigational treatments in states that have passed their own version of a Right to Try Act.

A federal right-to-try law would vindicate the 30 right-to-try states that have set up their patients to cut through FDA’s approval process. Not so the 20 states plus Washington, DC that have not passed right-to-try legislation. The right to try to extend and improve one’s life precedes our 240-year-old country. State lawmakers in 40 percent of states have yet to protect this right from federal overreach. They should do so now, ahead of federal lawmakers, whose legislation will activate existing state laws. A decent respect to the opinions of mankind requires it.