Suicide: The Logic of a Nightmare 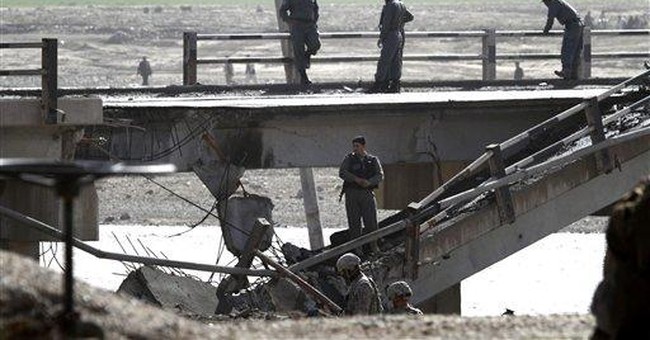 WASHINGTON-- Americans, always fascinated by celebrity suicides, have a number of recent excuses for sympathetic voyeurism. Andrew Koenig, 41-year-old son of actor Walter Koenig, hanged himself in a Vancouver park after leaving a despondent note. Days later, Michael Blosil, the 18-year-old son of singer Marie Osmond, jumped from his eighth-floor apartment after writing that his depression had left him feeling friendless.

A few years ago, Brad Delp, lead singer for the band Boston, killed himself after writing, "I am a lonely soul." South Korean supermodel Daul Kim wrote before her suicide last year, "The more I gain, the more lonely it is. ... I know I'm like a ghost."

People seem naturally interested in news indicating that the famous share our struggles. In this case, it is true. Suicides outnumber homicides in America, making self-hatred more lethal than violence by others. In 2009, the Substance Abuse and Mental Health Services Administration reported that 1.1 million Americans had attempted suicide during the previous year. By one estimate, "successful" suicides have left behind 4.5 million family survivors, who live with ghosts each day.

Suicidology is a well-studied academic field. Suicide is most prevalent among the young and the old. It is associated with depression, feelings of hopelessness, substance abuse and low levels of serotonin in the brain. Females attempt suicide more often than males. Males complete it more often than females. Suicide rates are higher among people who are divorced, separated or widowed, and lower among the married.

But such quantification provides only the illusion of control. The mind does not experience itself as a scientific object, but rather as an interpreter of reality. One's brain can contemplate one's spleen objectively. One's brain cannot consider one's brain objectively, because its judgments seem real even when they are distorted.

The rational arguments against suicide are compelling. It causes intense suffering for loved ones that few would intend in their right mind. It is not a valid expression of autonomy or choice, because it ends all autonomy and choice. It represents the tyranny of one moment of hopelessness over every future moment of possibility.

But it is the peculiar cruelty of hopelessness and severe depression that they attack insight and perspective. People can experience themselves as someone they hate and cannot escape, except by shedding the self. In "The Savage God: A Study of Suicide," A. Alvarez argues, "The logic of suicide is different. It is like the unanswerable logic of a nightmare, or like the science-fiction fantasy of being projected suddenly into another dimension: Everything makes sense and follows its own strict rules; yet, at the same time, everything is also different, perverted, upside down. Once a man decides to take his own life he enters a shut-off, impregnable but wholly convincing world where every detail fits and each incident reinforces his decision."

For those who yield to the logic of the nightmare, it is difficult to be harsh or judgmental. Empathy, like grace, can reach to the grave.

Yet suicide is often preventable. Coping can be learned. Medication can treat underlying depression. But precisely because despair can rob individuals of judgment, it may require family and friends to intervene. This task is complicated by the pervasive loneliness of our society. Americans have become more mobile, more isolated and more likely to live in single-person households. When a 1985 survey asked, "How many confidants do you have?" the most frequent response was three. In 2004, the most popular answer was zero. John Cacioppo of the University of Chicago calls this trend "frightening." It leads, he says, to a "pernicious feedback loop" in which loneliness leads to depression, which causes further lethargy and withdrawal. There are a lot of lonely souls.

The suicidal may actively withdraw from family and friends or alienate them with unfair burdens. At some point, loved ones are tempted to respond, "Just get over it." But persistence, in these cases, is the primary evidence of love and friendship. Suicide is usually preceded by warning signs: suicide threats, seeking access to firearms or pills, increased use of alcohol or drugs, purposelessness, rage, recklessness, recent loss or humiliation, writing a will, giving away prized possessions. Those whom we wish to save we must first notice. (The National Suicide Prevention Lifeline is 1-800-273-TALK.)

Walter Koenig's message following his son's death is apt: "For those families who have members who they fear are susceptible to this kind of behavior, don't ignore it, don't rationalize it, extend a hand."