Funding Health Care on the Backs of the Young 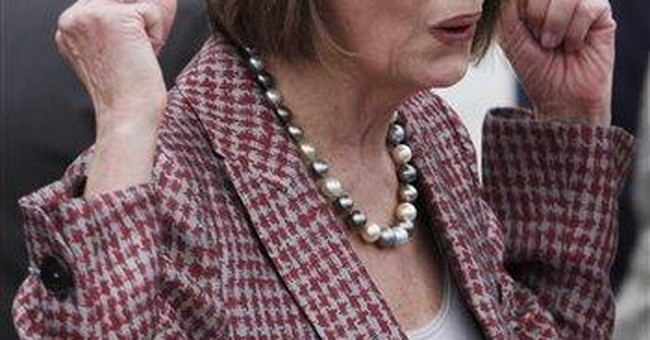 As I was talking recently with the founder of a large American corporation, the conversation turned (inevitably) to health care reform. His employees in their 20s, on average, cost the company about $1,500 a year in health bills. Those in their 50s cost at least 10 times more. The effect of proposed health care reform -- which limits the ability of insurers to charge higher premiums for older adults -- would be, he said, a large shift of America's health care burden to the younger generation.

This is not an unintended consequence of reform; it is the whole purpose. It is not a side effect; it is the main funding mechanism.

Precisely because younger people have lower health costs, reformers want to draft them into the broader health insurance system so their premiums can subsidize the health expenses of older, sicker health care consumers. Thus, in every version of health care reform, the young are required to purchase coverage, on penalty of an "excise tax."

This mandate explains the political coalition behind health care reform. Insurance companies are willing to accept tighter government regulation on matters such as the coverage of pre-existing conditions -- but only if they are given guaranteed access to millions of younger, healthier premium payers. Congress gets additional resources from the young to expand insurance coverage, with less need to raise taxes overtly. Advocates for the elderly welcome an intergenerational subsidy that reduces premiums for older Americans.

Amazingly -- out of idealism, ignorance or both -- people in their 20s remain the strongest supporters of health care reform. They are also the most likely group to wake up the day after passage of Obamacare with a health reform hangover -- forced to buy coverage at higher premiums to reduce the cost of someone else's health insurance.

Legislators, perhaps fearing that future anger, seek to soften the blow in a couple of ways. The Senate Finance Committee bill would allow insurance companies to charge older adults a maximum of four times more than young people -- reducing premium increases for the young by making the elderly carry more of their own weight. The House bill would set the maximum premium difference between old and young at two to one. This provision, supported by AARP, is likely to increase premiums for the young dramatically.

Both the House and Senate bills also provide subsidies for those with low incomes to make health insurance more affordable. Many of the young would qualify. Many would not. Offsetting the whole cost to the young through subsidies would make health reform fiscally unsustainable -- requiring new taxes on other groups.

There are arguments for mandating the purchase of higher-priced insurance by the young. It would, on the bright side, leave less disposable income for nose rings and tattoos. And perhaps the ownership of health insurance, in an ideal world, should be a social expectation, like the ownership of auto insurance.

But this burden on the young comes in a series. The most consequential element of the New Deal -- Social Security -- has been a large transfer of resources from young to old. The same is true of the Great Society's Medicare program, which has channeled massive spending toward health care for the elderly. Two-thirds of Medicaid spending goes to nursing homes. In 1965, there were four workers paying for the benefits of each retiree. Soon, there will only be two.

In our history, public programs helping the young -- say, the Civilian Conservation Corps or the GI Bill -- tend to be discretionary and temporary. Entitlements benefiting the elderly are eternal. And health insurance reform adds to the list.

America's 60-year, cross-generational transfer of wealth counts moral achievements. In the 1960s, 30 percent of the elderly lived in poverty. In 2008, that figure was less than 10 percent. And the compassionate treatment of the elderly serves our future interests. The young grow old, with a little luck and patience.

But limited resources require the interests of young and old to somehow be balanced. And a society that consistently shifts burdens from old to young at some point becomes selfish. We are proud to sacrifice for the sake of our parents and grandparents. We are less proud of imposing burdens on our children and grandchildren that diminish their opportunity.

This is the inescapable shame of overwhelming budget deficits. But it applies to health care as well. A nation that views the young as ripe for burdens instead of benefits has itself become old.