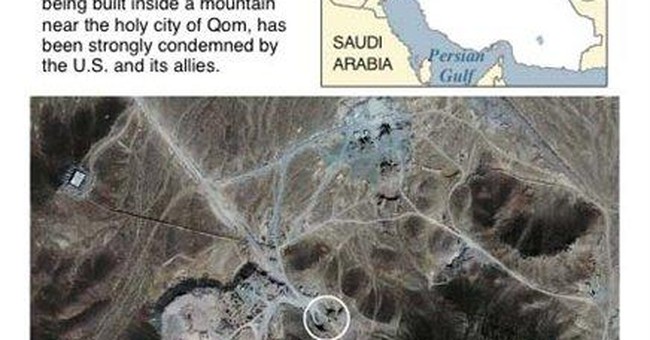 On June 7, 1981, Israeli F-15s and F-16s took off for the Osirak nuclear reactor in Iraq, after the pilots were emotionally briefed that "The alternative is our destruction." In fact, Prime Minister Menachem Begin had no idea if the raid would stop the Iraqi nuclear program or merely slow it. But slowing it was reason enough.

Since the George W. Bush administration, the American military has assessed that an attack against Iran's nuclear facilities would only delay the development of its program. "The reality is," Defense Secretary Robert Gates said recently, "there is no military option that does anything more than buy time. The estimates are one to three years or so."

But for several months, high-ranking Israeli officials have been telling American visitors that buying time may be worth it. The Osirak raid, after all, turned out to be an unexpectedly decisive blow. And who knows what political changes might take place in Iran during a few years of nuclear breathing space? Not many Israelis would need to be convinced by this argument -- a recommendation would go from the chief of staff of the Israeli Defense Forces, to Defense Minister Ehud Barak, to the security cabinet and Prime Minister Binyamin Netanyahu. Perhaps a dozen people could shake the world.

Clues of Israeli desperation are now so obvious that many have missed them. Netanyahu's recent speech at the United Nations was generally reported as part of a rhetorical tit for tat with Israel's bombastic enemies. But perhaps Netanyahu's impassioned warning against the world's first Holocaust-denying nuclear state should be taken at face value. Former U.S. Undersecretary of Defense Dov S. Zakheim thinks Netanyahu might have been "setting the stage to say to the world after a strike, 'I told you so.'"

An Israeli strike on Iran is an outcome that no American administration would desire. Though an attack might be privately cheered by some Arab rulers, the public consequences would be broad and unpredictable. If Israeli planes were to fly over Iraq, the reaction against America in that country could get ugly. Palestinian Authority President Mahmoud Abbas would likely be forced to step away from talks with Israel. Iran could escalate the crisis, with missile launches on Israel and attacks from terrorist proxies such as Hezbollah. In a global anti-Israeli backlash, it is possible that the diplomatic and economic isolation of Iran would be eased instead of increased, making the reconstitution of its nuclear program more likely.

On Iran, the Obama administration, while differing in some diplomatic methods, has adopted the same basic approach as the Bush administration -- offering Tehran a reasonable way out of confrontation, building support among allies for crippling economic sanctions when the Iranians refuse, somehow persuading Russia and China to play along, and preserving a military option as the last of the last resorts. Many question the administration's skill and will, but there are few alternatives to the general strategy. A virtual blockade of the Iranian economy -- aggressively cutting off shipping, banking and refined petroleum -- would not be a half-measure. It would be an act close to war.

But one large threat to this strategy comes from the Obama administration itself, which may be unintentionally encouraging an Israeli military strike on Iran. Obama has injected considerable suspicion into the American/Israeli relationship, picking public fights on issues such as settlements and adopting a tone of neutrality in other controversies. If Israel thinks America is an increasingly unreliable partner, Israel will be more likely to depend on itself alone -- and let the bombers fly. "When someone is trigger happy," says Zakheim, "the last thing you want to do is make them paranoid."

In the end, it is American leaders who can talk Israeli leaders off the ledge of military confrontation. This is possible only if Israelis trust in American good will, competence and strength of purpose. The immediate precedent does not encourage confidence. Israelis look at the North Korean crisis and see an example of meticulous, multilateral cooperation resulting in spectacular, counterproliferation failure. Why, they wonder, is Iran going to be different? Weak American credibility on North Korea has strengthened the argument for direct Israeli action against Iran.

Here is a paradox for President Obama to ponder while traversing the Iranian minefield: If the Israelis were confident that America would act decisively against the Iranian nuclear threat in the greatest extremity, they would be far less likely to act themselves. Lacking that confidence, they may conclude, once again, that delay is good enough.