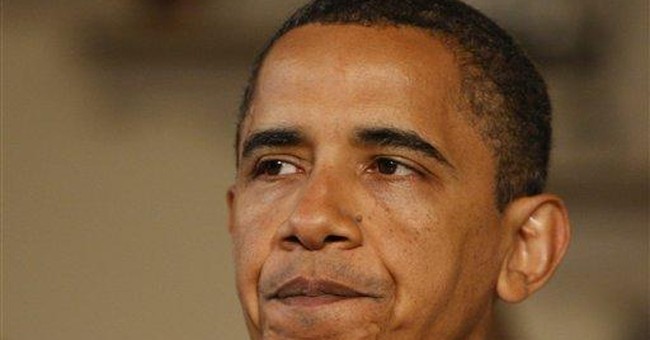 WASHINGTON -- I last saw Ayman Nour in a dingy Cairo conference room in 2005 while he was running for president against Hosni Mubarak, Egypt's military ruler. During a Middle Eastern trip, Secretary of State Condoleezza Rice had convened a small group of Egyptian dissidents and civil society leaders to discuss democracy and human rights. Many in the room were encouraged by the greater free expression Mubarak was permitting in Egypt under American pressure. A door, they thought, was opening.

Nour, looking exhausted, spoke last: "This is not an open door, it is a revolving door. It will end up with one conclusion -- a monologue, not a dialogue." Egypt's election laws, he complained, were unclear and unfair. The government was pursuing trumped up legal charges against him. State security agents followed him everywhere.

Nour's pessimism was prophetic. Following the election, he was imprisoned for three years. Now he is banned from practicing law, running for office or appearing on national television. Last week, two unknown assailants using a homemade flamethrower burned Nour's hair and face.

President Obama is entering a nation and a region where such treatment is the normal price of political courage. His Cairo University speech will send a large diplomatic signal: Does Obama honor and support such courage, or de-emphasize and dismiss it in the "realist" pursuit of other ends?

One hopes that Obama and his speechwriters have consulted "The Next Founders: Voices of Democracy in the Middle East," an important new book by Joshua Muravchik. The book profiles seven men and women -- six Arab, one Iranian -- taking impossible risks in the cause of human rights and self-government. They include a Saudi woman protesting the treatment of women as chattel; and an Egyptian publisher trying to bring a free, responsible press to an authoritarian society. Most of these reformers have suffered imprisonment or had their lives and families threatened.

Many of these dissidents, Muravchik told me in an interview, felt "betrayed" during the last few years of the Bush administration, when the containment of Iran and the Israeli-Palestinian peace process seemed to take precedence over democracy promotion (except in Iraq). Reformers in the region generally greeted Obama's election with enthusiasm. But Muravchik says dissidents are becoming "disquieted about the administration's apparent indifference to democracy and human rights abuses."

They should be, in the Middle East and elsewhere. Secretary of State Hillary Clinton has bluntly admitted that concern about Chinese human rights abuses "can't interfere with the global economic crisis" -- meaning we can't afford to offend dictators who buy our bonds. The administration talks of reviewing sanctions on Burma's junta. And Egypt's ambassador to the United States enthuses that America has stopped making "human rights, democracy and religious and general freedoms" conditions for better relations.

In this environment, the message of Obama's Cairo speech will be amplified. His Middle East advisers have likely urged him to focus (as they always do) on Israeli-Palestinian peace -- the "real" concern of the region -- instead of discredited democratic idealism. In fact, this sort of realism both reflects and strengthens the strategy that Middle Eastern dictators have pursued for decades -- the strategy of heaping attention on Israel and the Palestinians to draw attention away from their own oppression and economic failure. There is no reason Obama cannot emphasize both a two-state solution and the need for responsible and representative states across the Middle East.

It is also likely that Obama has been counseled to avoid the "d" word -- "democracy" -- in his Cairo remarks. Middle East experts sometimes contend that promoting "justice" and "good governance" is more culturally sensitive than employing such Westernized concepts as "democracy" and "freedom." The argument is common -- and uninformed. "Justice," in this context, implies human rights as the gift of a wise emir or enlightened dictator. But, as Nour and others have discovered, such gifts can be withdrawn on a whim. The next founders in the Middle East are not merely begging for more rights from autocrats; they are seeking freedom from autocracy. They want more than for tyrants to open the door of reform a crack; they want to open the door themselves.

Any presidential speech abroad has multiple audiences. One of them, in this case, is the Egyptian government, whose cooperation is needed on issues that range from proliferation to peace. But another audience will be dissidents and reformers in Egypt and beyond. And a president who does not speak boldly for their political rights -- their democratic rights -- has little useful to say to them.