Conservatism Staring Into an Abyss 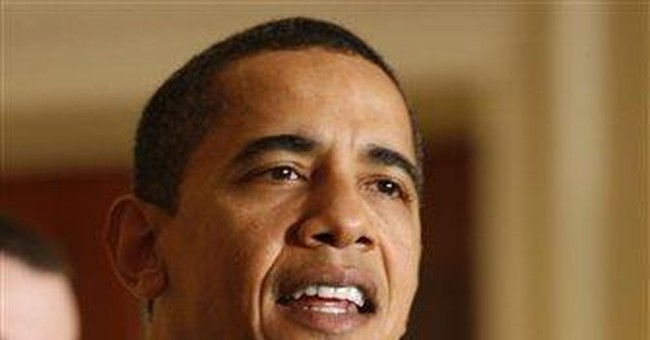 WASHINGTON -- American conservatism -- intellectually ascendant during three decades in which relatively low taxes and a stable money supply produced the greatest accumulation of national wealth in history -- is now staring into an abyss. It has been voted to the edge of political irrelevance, assaulted by a European-style budget and overshadowed by a new president of colossal skills and unexpected ambition.

As conservatives warn of catastrophe -- well, even greater catastrophe -- as a result of Obama's new debt and taxes, they are left to contemplate three possible futures.

First, it is conceivable that conservatives are hyperventilating, as they did in 1993. President Clinton's budget, which included tax hikes, was attacked by Republicans as "grossly, totally, completely irresponsible." Conservatives warned of large job losses. But whatever Clinton's eventual problems, they were not economic. When monetary policy is responsible and federal spending restraint is credible, a continental economy can roll through many obstacles, including a moderate rise in tax rates.

"It's not smart to say this economy can't recover," says economist and author David Smick. If the pipe of credit is somehow unclogged, the Federal Reserve has provided plenty of money for a quick recovery. Americans will eventually need to buy houses or cars again.

Clearly this is what President Obama hopes and expects. It would probably solidify eight years of political dominance. But there is one problem. The markets do not appear to find his economic approach remotely credible. "What we are seeing," says Smick, "is $3 trillion in revenues for $4 trillion in spending. An honest budget? Give me a break." Even more importantly, the markets have little confidence in the administration's sketchy bank bailout plan. It has been the largest, early mistake of the Obama presidency to focus on expensive reforms of health and energy before convincing markets that the financial sector will be fixed -- the achievement on which all else depends.

The second conservative future might be vindication. Even if the banking system returns quickly to solvency, President Obama is proposing an unprecedented accumulation of debt -- just as other countries, to stimulate their economies, are doing the same. Given this glut of global debt, America will have to beg China, Japan and others to buy American bonds. There will also be a strong temptation to print money to buy the debt ourselves, leading to inflation.

Obama can, for a while, blame the financial crisis on the policies of the past. But a stagflation scenario -- combining slow growth with higher prices -- would be an achievement all his own, putting him more in the political category of Jimmy Carter than Clinton. Already the prospect of immense debt is spooking Democratic centrists. It has also begun reuniting the coalition of libertarians and social conservatives that Obama nearly sundered during the last election. As a compassionate conservative, I support focused, effective spending to help the poor at home and abroad. But as a conservative, I cannot support an explosion of debt and the reorganization of large sectors of the economy by federal planners.

There is a third possible future that conservatives do not want to consider. We could be seeing a much more fundamental ideological trauma -- something that enters the realm of psychology, not economics. Franklin Roosevelt used the shocks of the 1930s to discredit the capitalism of the 1920s -- even though the real causes for the Great Depression had more to do with tariffs, monetary policy and bank failures. Conservative economics fell into disrepute, even as many New Deal policies proved ineffective. Republican elected leaders became less-ambitious reflections of the Roosevelt consensus. Intellectual dissent was captured by extremists, from Ayn Rand to the John Birch Society. It took 40 years for the development of an intellectually serious and politically respectable conservative movement.

Are conservatives, once again, heading into the ideological wilderness? I strongly doubt it. The historical analogy to the Great Depression (so far) is strained. In that crisis, unemployment rose to 25 percent, a third of banks failed, GDP contracted by more than 30 percent and the social safety net did not exist. America is a much wealthier nation than it was in 1929, bank deposits are safe, and Fed Chairman Ben Bernanke, an expert on the 1930s, is expanding the money supply, not contracting it.

Obama is not likely to be a Roosevelt. But conservatives remain in a difficult position. Since they favor economic success, they must root for Obama to be a Clinton -- even as they suspect and predict he will be a Carter.