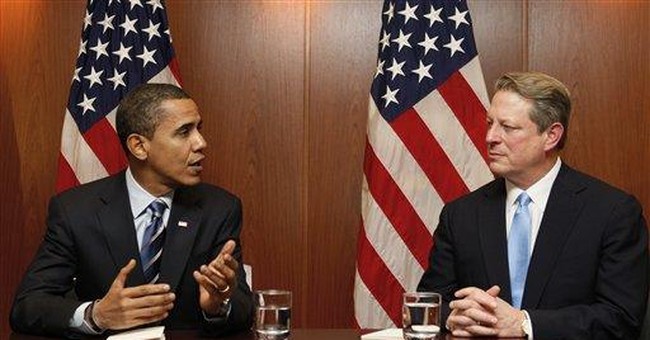 GOMA, Congo -- The HEAL Africa hospital has a feeling of newness rare for this part of Africa, mainly because its previous facility was destroyed by lava from Mount Nyiragongo in 2002. One building holds people with bullet wounds -- shot through the pelvis, the thigh, the jaw. Another ward contains women recovering from fistula repair surgery -- the quiet victims of extreme sexual violence who tend to avoid your eyes.

In another room, families whose children have congenital defects such as clubfoot and cleft lip are gathered. A surgeon at the hospital introduced my group, "These are visitors from Obama country!" Everyone applauded.

Expectations for the president-elect are not just high in America. And eastern Congo will be an early foreign policy test for the administration -- its suffering not only engages our conscience, it is the most urgent expression of a difficult question: What does America do with failed states and regions?

After generations of mismanagement, the vastness of eastern Congo has become a vacuum of sovereignty. And the chaos has attracted some very bad elements -- Rwandan genocidaires, Lord's Resistance Army terrorists, militias of every ideology and description.

The Congolese government -- corrupt, inefficient and based in the faraway capital of Kinshasa -- is in no condition to exercise effective control. Its army often goes unpaid, turning whole units into armed gangs of looters. One Congolese commander in Goma reported that during recent fighting, he could count on the loyalty of only 50 out of several hundred men.

So the government tries to cling to sovereignty by cooperating with militia groups. Its forces are often based within a few kilometers of FDLR units (a genocidal Hutu group) or Mai-Mai militias (local defense forces also capable of atrocities). It is like a mayor turning to the mob for reinforcements. Adding insanity to incapacity, elements of the Congolese army have fired on United Nations forces (MONUC). And some government officials have incited riots in Goma against the peacekeepers, attempting to pin their own failures on a scapegoat.

The strategy of the main rebel group -- the CNDP, led by Laurent Nkunda -- is designed to exploit this weakness. In areas they conquer, the rebels establish civil administration, appointing mayors and judges and promising security. Some tribal leaders have switched sides to accept CNDP authority -- motivated by fear, but by also a desire for stability. Even Hutus have joined Nkunda's Tutsi-led militia -- where they get regular pay, and become part of a working institution.

But this is the peace of Hobbes' Leviathan. The CNDP is perfectly capable of atrocities -- though its leaders are smart enough to calibrate their violence to avoid much international criticism. Especially in newly conquered areas, there have been rapes, disappearances and massacres. The CNDP has a vision of order -- but that vision does not include human rights.

Another attempt to fill the vacuum of sovereignty in eastern Congo has come from international institutions. The United Nations, in its various expressions, supervises the disarmament of willing militias, runs an airline and a number of radio stations, and attempts to enforce laws against war crimes -- acting in many ways as a substitute for the state. And U.N. peacekeepers are the only reason that Nkunda has not taken Goma.

All this activity is justified under an ambitious legal framework -- the international "responsibility to protect" civilians when a government fails in this duty. But while the U.N. is willing, its instruments are weak. U.N. forces are organized to keep an existing peace, not enforce a nonexistent one. MONUC has about 5,500 personnel in North Kivu, a region the size of Maryland. There is no unified command structure -- 26 nations sit around the military planning table. Before an attack helicopter is used, a form must be filled out and sent to Kinshasa for approval. "We can't fight a war like that," says one MONUC official.

In situations such as this one, President Obama's options will be flawed. He can try to make use of regional organizations such as the African Union -- but its capabilities and will are very limited. He can seek to strengthen international responses -- but institutions such as the U.N. are engineered for inertia. Or he can build a coalition of the willing and capable to intervene directly. Some might dismiss this as discredited "Bushism." But sometimes there is no alternative -- except watching the slaughter proceed.

This is the dilemma of eastern Congo -- which is also a challenge for Obama country.