Michael Franc  |  Jan 25, 2008
The opinions expressed by columnists are their own and do not necessarily represent the views of Townhall.com.
Top Columns
Trending on Townhall Media 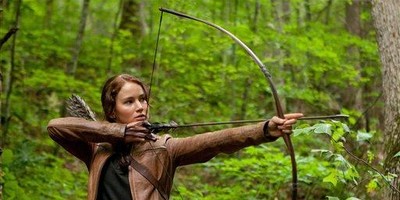 Recall how, after the Sept. 11 attacks, virtually any legislative bid miraculously morphed into a “security” measure? Opportunists re-dubbed a routine, pork-laden farm bill the “Farm Security Act,” and lawmakers introduced dozens of bills with “security” in the title.

Fast forward to Washington’s current hyperventilation over a “stimulus” package, and you see the same dynamic at work.

Any and all legislative ideas in the minds of lawmakers, lobbyists and other assorted legislative leeches have been repackaged for the new environment. They are all stimulus ideas now.

“I haven’t heard a bad idea since this started,” gushed House Ways and Means Committee Chairman, Rep. Charles Rangel (D-NY), who has been on the receiving end of legislative wish lists both big and small. This circus-like atmosphere prompted even The Washington Post to question the motivations behind this feeding frenzy. Lawmakers, one Post writer speculated, were acting either out of the “conviction that [a stimulus package] could stave off a recession” or “a desire to at least look as if they are acting.”

While some of the proposals discussed below have been discarded, the particulars of this ignoble bidding war offer a revealing glimpse into the congressional psyche:

• Dodd proposed allowing cities to finance the purchase of foreclosed homes and wants to pump $20 billion into a new but, he assures us, “temporary” government agency to provide liquidity to the mortgage-backed securities market. He and House Financial Services Committee Chairman Rep. Barney Frank also want to let Fannie Mae and Freddie Mac buy much larger home mortgages (the current cap is $417,000), as high as $725,000 in high-cost areas.

• House liberals, too, jumped on the stimulus bandwagon. In a letter to Speaker Nancy Pelosi, they touted the stimulative effects of increased welfare spending. This, not surprisingly, translates into more spending on programs such as food stamps, Medicaid, unemployment benefits, and the earned income tax credit.

• The Progressive Caucus, a collection of Capitol Hill’s uber-liberals, called for a 90-day moratorium on mortgage foreclosures and at least $20 billion in federal aid to state and local governments for “neighborhood stabilization” activities.

• The federal spigot would lubricate constituencies all year. The Congressional Black Caucus wants more federal funding for summer jobs; environmental groups are requesting $200 million for weatherization assistance to help keep us warm in the winter.

• Ideas are so plentiful that some lawmakers are pushing for a second stimulus bill. Sen. Blanche Lincoln (D-Ark.) wants this next installment to include $21.8 billion in tax incentives for renewable energy and energy efficiency, more spending on roads, tunnels and bridges, and more. "We're not just talking roads; we're talking about clean water infrastructure and schools," she said.

Underlying all this irrational legislative exuberance is the willingness on the part of too many lawmakers to hitch their policy carts to tired economic theories. Liberal lawmakers, for example, believe that extending the period during which unemployed workers can remain unemployed (by an additional 13 weeks) actually enhances economic growth. They tout a study purporting to find that each $1 increase in unemployment benefits generates $1.73 in additional demand for consumer goods. In contrast, the same study also shows that tax relief for small businesses is a losing proposition, with each dollar of tax cuts boosting the economy by a paltry 24 cents.

Liberals quickly rejected calls for pro-growth tax relief, such as calls to make the Bush tax cuts permanent or the exciting package unveiled by 55 members of the House Republican Study Committee. The RSC members want to lower the top tax rate on corporate income from 35% to the average of our largest trading partners, or 25%, end the practice of taxing the portion of capital gains attributable to inflation, and make it easier for businesses to invest in new plant and equipment.

In short, ideas that actually would stimulate the economy are the first to be tossed overboard, leaving us with a “stimulus” plan that purports to be timely, temporary and targeted -- but really is tiresome, treacherous and a travesty.