Americans Must Bring Back Individual Freedom and Individual Responsibility

Michael Busler
|
Posted: Apr 29, 2019 12:01 AM
Share   Tweet
The opinions expressed by columnists are their own and do not necessarily represent the views of Townhall.com. 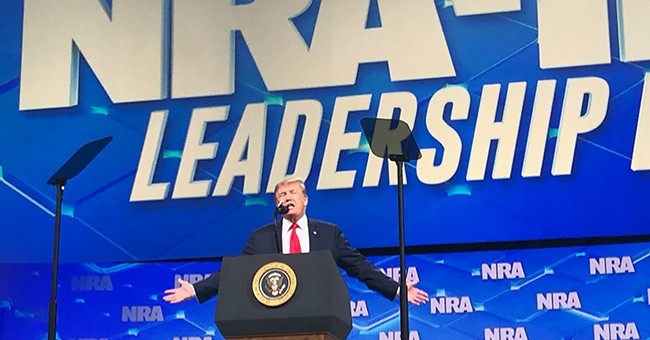 It was in the late 1770s that Americans decided that no price was too high to pay for freedom.   After winning freedom and successfully establishing an independent country, our forefathers created a culture that they believed would lead to a free and prosperous nation.

They knew that the United States of America would someday be the leader of a free world and be the country with the most prosperity.

In order for the US to become the largest, most prosperous economy in the world, there were essentially four principles that were followed.  The principles were 1) individual freedom, 2) individual responsibility, 3) low rates of taxation and 4) a limited role for government.

These principles allowed Americans to freely pursue their interests and allowed them to keep nearly all of the income they earned.  These were powerful incentives for Americans.

By adhering to these principles the US went from the birth of the nation to the largest and most prosperous economy in the world, in about 150 years.  The US economy was larger than the economies of countries that were hundreds and in some cases thousands of years older. Most other prosperous countries had millions more people.

Although there were some smaller instances before these, there was a real push to move away from individual responsibility and toward social responsibility beginning in the mid 1930’s when the Social Security Act (SSA) was passed.  The SSA provided income security for the elderly. That act meant there were limits to freedom  along with higher rates of taxation and more government involvement.

Then in the mid 1960’ Medicare was passed.  That program provided health care for the elderly but again reduced individual freedom and individual responsibility.  It also raised taxes and increased the involvement of government.

This year, the Federal government will spend $4.4 trillion dollars.  That’s $4,400,000,000,000 this year alone.  Of that amount, $2.7 trillion, about 60% of the total will be for Social Security, Medicare and Medicaid.  These social responsibility programs remove individual responsibility, increase the rate of taxation and increase the involvement of government.

Since Americans are compassionate and prosperous we recognize a responsibility to the vulnerable among us.  For that reason it makes sense to provide for the very young and the very old who are not really in a position to be completely responsible for themselves.

These programs are simply wrong for the US. We should be working toward goals exactly  opposite of the outcomes that these social responsibility programs would produce.  To keep the economy strong and the country prospering, new programs should follow the basic principles that made this county great.

Following these basic principles yields positive results.  In 2017 the Trump administration was able to quickly eliminate government regulations and therefore government involvement in many industries.  The result was that economic growth shot up from 2% to 3%.

Then for 2018 Congress cut tax rates.  The lower rate of taxation allowed the economy to continued to grow at a 3% or more rate.   Once the full effect of the tax cut ripples through the economy we will likely see higher growth rates later this year and next.

It will also allow for lower rates of taxation.  That means an individual will know that if there is  success, most of the earnings will end up in the income earners pocket. That provides a real incentive to work hard and produce more.

Individual freedom, individual responsibility, low rates of taxation and a limited roll for government, that’s what made the American economy so great.  To continue the greatness, our policies should reflect those values.