Is There No Introspection Among Left-Leaning Journalists?

Michael Brown
|
Posted: Mar 29, 2021 10:43 AM
Share   Tweet
The opinions expressed by columnists are their own and do not necessarily represent the views of Townhall.com. 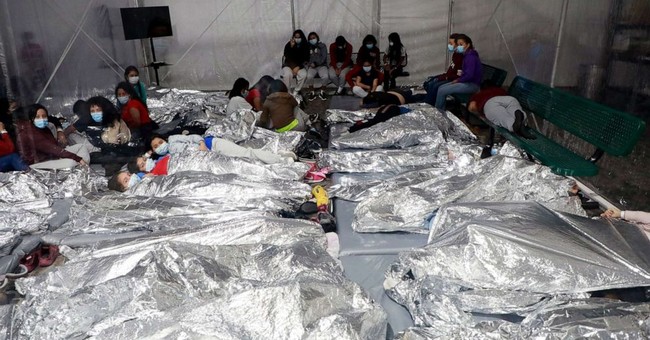 For years I have pointed to media bias on the right and on the left, calling for equal weights and measures. And, as a Trump voter, I was also a Trump critic, recognizing the danger of blind loyalty to any leader or party. I have even said that I preferred Hannity and Colmes to just Hannity, since it is important to have our views openly challenged.

It is in that spirit that I write this article, not as a blind supporter of the right but rather as someone calling for righteous and fair-minded reporting. That’s why I ask the question: is there no introspection among left-leaning journalists?

For four years, news outlets like CNN warned of us Donald Trump’s alleged declining mental faculties. We were told that a collapse was imminent. That psychologists had diagnosed him from a distance. That his presidency was about to implode.

Yet these same outlets have hardly uttered a word about Joe Biden’s apparent declining mental faculties, covering for him instead.

Is there no shame in being so obviously biased? Is there no recognition of the obvious lack of integrity?

Or think of President Biden’s stumbling and falling as he climbed the stairs to Air Force One. What would the left-leaning media be saying if it was Trump who ended up falling on the stairs after two previous stumbles? How loudly would they be sounding the alarm? “Something is terribly wrong with President Trump!” (Actually, we know the answer to this, as leftwing news outlets endlessly replayed Trump having to steady himself while walking down a ramp after speaking at West Point.)

To repeat: I’m not denying that there is bias on the right and that each side has it own blind spots. As a conservative myself, I am constantly calling out my own camp. But I am challenging the idea that the major, left-leaning outlets are making an honest attempt to report the news.

I’m sure some individual journalists are, but the loudest and most prominent voices certainly give no indication that they are making an honest attempt to be unbiased. (Let’s try this question: Has CNN done a fair and honest job of reporting the scandals surrounding Gov. Andrew Cuomo, brother of CNN’s Chris Cuomo?)

I ask again: is there no sense of shame?

I even heard it from old, liberal friends who questioned how such a man could get my vote. “He puts kids in cages!”

Trump defenders argued that: 1) this was the continuation of an Obama policy (so said President Obama’s ICE chief);  2) the number of children separated from their parents (while it was being determined that these really were their parents) was highly exaggerated; and 3) almost all of the detained children were subsequently united with their parents.

In response, critics of Trump argued that the crisis was the direct result of his “zero tolerance” policy, and so, no valid comparison could be made between Obama and Trump.

But let’s not even debate that issue. Let’s give the benefit of the doubt and assume that these reporters and journalists were genuinely mortified over what happened to these children. Let’s believe that their concern was deep and real and was not exaggerated by their animus towards Trump. That the images of these kids separated from their parents haunted them at night. We must call Donald Trump out for this heinous policy! It is our sacred, journalistic duty.

Where, pray tell, is that outrage today? Where is the concern, the grief, the anguish? Where is that prophetic burden to expose what is happening to a new wave of children on our borders right now? Where is the sense of righteousness that openly calls the Biden administration to account? Where is the refusal to go along with the virtual media blackout? Where is the indignation when told, We’ll be transparent when we’re good and ready to be?

To those on the left, then, who often claimed moral superiority over Trump and his supporters, how about taking the high ground and reporting truth. Is this really too much to ask?