New York: Dismember The Late-Term Babies But Do Not Declaw The Cats

Michael Brown
|
Posted: Jun 09, 2019 12:01 AM
Share   Tweet
The opinions expressed by columnists are their own and do not necessarily represent the views of Townhall.com. 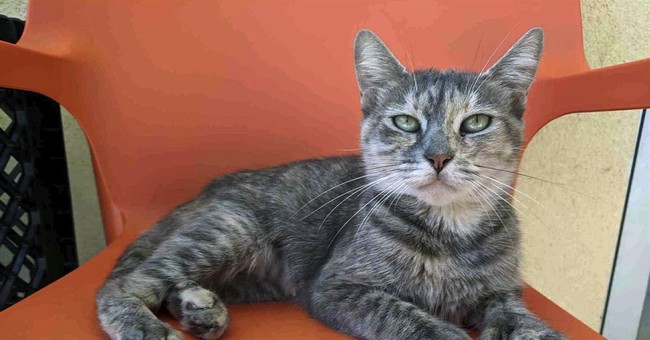 The state of New York has now added insanity to bloodlust. Yes, the same state that makes it legal to abort a baby in the womb right until the moment of delivery has deemed it inhumane to declaw cats.

But we’ve seen this madness before.

Earlier this year in Virginia, Rep. Kathy Tran introduced two new bills, one removing virtually all restrictions on abortion, the other protecting cankerworms. To quote her directly, the goal of the bill is “help save … butterflies by protecting the fall cankerworm (caterpillar)” from deadly insecticides.

This led to headlines like, “Kathy Tran cares more for butterflies than babies in the womb” and “Kathy Tran (D-VA) defender of the cankerworm, baby killer advocate.”

Now, New York is showing far more compassion for a kitten than for a baby, far more concern for the minor suffering of a cat than for the violent slaughter of an unborn child.

What confusion. What delusion.

As reported by the New York Times, “The measure is for people who ‘think their furniture is more important than their cat,’ a supporter said. Gov. Andrew M. Cuomo would have to sign it.”

As I’ve often pointed out, this is what happens when we lose sight of the uniqueness of human beings, of the fact that we alone are created in the image of God, that we are fundamentally different than cats and dogs and birds.

That’s why I wrote in 2017, “Isn’t it ironic that the very people who would oppose the pro-life, Personhood Bill, which provides ‘that human life shall be deemed to begin with fertilization,’ are the same ones who would advocate for the ‘personhood’ rights of animals?”  (Specifically, in 2017, the focus was on chimpanzees.)

And that’s why, in response to the two Kathy Tran bills earlier this year, I noted that, “Years ago, representatives from the far-left Greenpeace organization were going door to door in my neighborhood, soliciting contributions to ‘save the baby whales.’

“They knocked on the door of my friend’s house and gave their pitch. He responded, ‘I’m interesting in saving the baby humans.’

“They left instantly, and in a huff.

When it comes to cats and dogs, the vast majority of us show compassion to our pets.

But for God’s sake – and for the sake of humanity – let’s show some compassion to tiny human beings who cannot fend for themselves.

Instead, New York says, “Don’t declaw the cats, but go ahead and dismember the babies!”

Linda Rosenthal, who sponsored the bill, said that declawing is “unnecessary, it’s painful, and it causes the cat problems. It’s just brutal.”

According to the Humane Society’s Brian Shapiro, “Declawing is a convenience surgery, with a very high complication rate, that offers no benefit to the cat.”

And abortion is not a convenience surgery in the vast majority of cases? And what benefits does abortion offer to the baby?

My wife, Nancy, sent me some of the comments posted on Facebook in response to the declawing article, and they are ironic beyond words – again, given New York’s radical, pro-abortion law.

One commenter wrote, “There is no compassion in selfishness.”

Another opined, “I really believe more people would decline to declaw any cat if they knew exactly what is involved.”

Perhaps this quote, slightly modified, could be hung on the doors of every abortion clinic in America? “I really believe more people would decline to abort their babies if they knew exactly what is involved.”

Another weighed in, “You place crusty furniture above a living being? A living sentient being?”

As for babies in the womb, even those able to survive outside the womb, they’re nothing but a clump of cells, a mass of unwanted tissue, a fetus to be disposed of. A cat – yes, a cat! – is more of a living, sentient being than an unborn baby?

And what happened in this Facebook thread to the one woman who had the temerity to bring up the issue of abortion? She was branded the “award for 1st moron to bring up abortion on a cat thread!”