Is It Nazi-Like to Be a Nationalist?

Michael Brown
|
Posted: Nov 12, 2018 1:50 PM
Share   Tweet
The opinions expressed by columnists are their own and do not necessarily represent the views of Townhall.com. 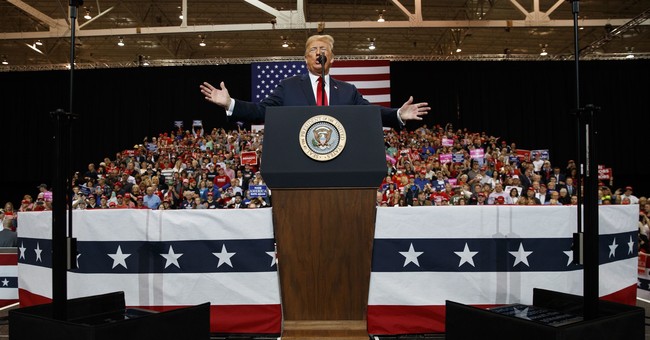 Should “nationalism” be encouraged? Is it simply a matter of putting your own country’s interests first and of saying “no” to an unhealthy globalism? Or is it a path to xenophobia, following in the footsteps of the Nazis? Or, perhaps, is it simply a matter of perception, the word “nationalist” meaning one thing to one group and something entirely different to another group?

On October 22, at a rally in Houston, TX, President Trump said, “A globalist is a person that wants the globe to do well, frankly, not caring about our country so much. And you know what? We can’t have that.”

Not surprisingly, his comments created quite an uproar.

After all, there’s a reason the word is not widely used today in a positive sense. Being a “nationalist” is often associated with White Supremacist movements in America, with anti-immigrant xenophobia, with harsh attitudes against people of color. “People like you don’t belong in our nation!”

Not only so, but the term “Nazi” is simply short for “National” in German. The Nazis were the National-Socialist German Workers' Party (Nationalsozialistische Deutsche Arbeiterpartei in German).

In fact, it was hyper-German nationalism that led to both World Wars, which was certainly in the mind of France’s Prime Minister Macron this week when he took issue publicly with the exaltation of nationalism (with Trump and Vladimir Putin clearly in view).

Speaking on the 100th anniversary of the end of World War I, he said, “Old demons are reawakening, ready to sow chaos and death. History sometimes threatens to repeat its tragic patterns, and undermine the legacy of peace we thought we had sealed with the blood of our ancestors.”

He added, “Patriotism is the exact opposite of nationalism: nationalism is a betrayal of patriotism. By pursuing our own interests first, with no regard to others’, we erase the very thing that a nation holds most precious, that which gives it life and makes it great: its moral values.”

What are we to make of this?

On the one hand, we could review the semantic history of the words “patriotism” and “nationalism,” but that would prove very little for at least two reasons. First, people tend to think with their hearts, not with a dictionary. Second, much depends on how a person uses the words in question. What, after all, was their intent?

When it comes to the perception of minorities in America, the word “nationalism” can have many negative connotations. The same holds true in Europe, where an unhealthy nationalism led directly to tens of millions of deaths.

On the other hand, even within Europe, countries like Hungary have pushed back against the increasing loss of national identity in light of Islamic encroachment. As Reuters reported in May, Hungarian Prime Minister “Viktor Orban said on Monday the main task of his new government will be to preserve Hungary’s security and Christian culture, sticking to his nationalist policy to keep out migrants and fend off what he calls foreign meddling.”

For this he has been widely criticized by many European leaders (not to mention liberal leaders worldwide).

But are his policies that different than the European nations which have instituted burka bans? Or Chancellor Angela Merkel’s determination that immigrants must learn German to receive benefits? Or Switzerland’s ban on building minarets, dating back to 2009?

In an op-ed piece on Fox News, Steve Hilton argued that Trump was right and Macron was wrong, writing that, “Macron's attack on President Trump was highly revealing. It lays bare the astonishing arrogance of the globalist ruling class who think it's their moral duty to ignore democracy and instead run the world according to whatever makes life easier for the rootless and heartless global corporations that Macron and his gang of Davos elitists cravenly serve.”

And it is this mentality, quite obviously, which Trump is combating. He is saying no to a potentially dangerous globalism and yes to policies that put American interests first. In turn, a strong and healthy America brings strength and health to the entire world. And isn’t every national leader appointed by his or her people to put their own country’s best interests first?

It’s obvious that President Trump will not back down from the term “nationalist,” especially since he has come under criticism for using it. In fact, “nationalist” will now become a positive term for many of his supporters, just like “deplorables” became a term of honor, rather than shame, after Hillary Clinton’s infamous comment.

That means that the key thing will be to give the most positive definition possible, at the same time directly combatting xenophobia and racism. I would therefore propose this working definition for all who choose to use the term: A nationalist is one who wants to see a strong and healthy America, to the benefit of every single citizen in our country, from every race and ethnicity. This, in turn, will contribute to a more stable, prosperous world.