Am I Tuning in at the Wrong Times, or Does CNN Really Have Trump Derangement Syndrome?

Michael Brown  |  May 19, 2018
The opinions expressed by columnists are their own and do not necessarily represent the views of Townhall.com.
Top Columns
Trending on Townhall Media 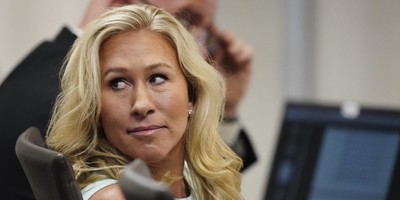 As for CNN talking about a subject that didn’t mention Trump at all, I can’t remember the last time I witnessed that personally.

Now, I want to be totally honest. I watch very little TV news, so my sampling is quite small.

I get almost all my news reading online, and in that regard, my sampling is quite large.

Perhaps, if I sampled Fox News on TV the same way, I would get similarly skewed results, just in a different direction.

Still, I have to wonder: Is CNN giving even the slightest pretense to being fair and balanced? Is there even a modicum of desire to say, “We are not just here to slam the president”?

The fact is, although my sampling is small, it’s somewhat representative. That’s because the TVs in our home are programmed to start with CNN. (I’m not sure who set it up like that, but we’ve never changed it.)

So, when I want to watch some sports (perhaps while eating dinner at night when Nancy is not with me, or while winding down a little between writing projects), the first thing I see and hear is CNN.

The times of day can vary. The days of the week can vary. But one thing never varies.

Watching CNN, you’re surprised when you hear the president under a single sane word. I thought he was out of his mind!

Watching CNN, you’re shocked to see that his administration survived another day. And you can hardly believe that Trump and Melania are still together.

Through the lens of CNN, the White House sky seems to be falling multiple times a day, as crisis after crisis comes crashing down. At least that’s how CNN’s reporting sounds in my ears.

So, again I ask, is it just me? Are my impressions simply the result of my poorly-timed, too-short, random sampling?

I don’t watch much TV in general, so maybe that’s the problem. Maybe I’m not giving CNN a fair shake.

On the other hand, what are the chances of my random sampling being that skewed?

As for CNN reporting on Trump’s major accomplishments, those can only be reported in the negative. He acted hastily. It was all for political gain. This is about Trump, not helping others. He’s making a total mess of things.

There is nothing good about the man or his administration. Nothing praiseworthy. Nothing positive. Not one thing.

And on a daily basis, aside from a major news headline – like another tragic school shooting – the big news is not the world news. The big news is the latest scandalous accusation against the president. At least, that’s the big news according to CNN.

So, is it just me? Am I tuning in at the wrong times or not watching for long enough periods? Or does CNN suffer from Trump Derangement