No, You Can't Rewrite the Bible to Remove Gendered Language for God

Michael Brown
|
Posted: Feb 08, 2018 11:05 AM
Share   Tweet
The opinions expressed by columnists are their own and do not necessarily represent the views of Townhall.com. 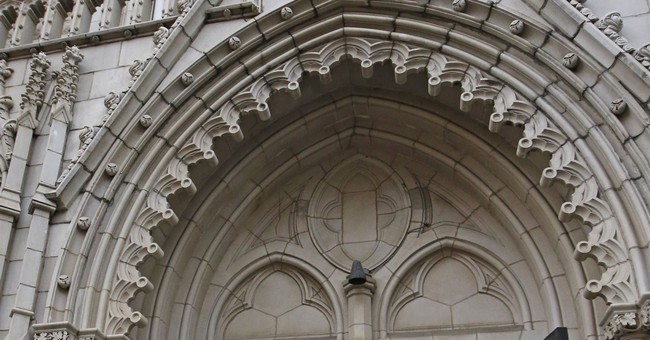 As LifeSite News reported, earlier this month, “The Episcopal church in the Diocese of Washington, D.C., passed a resolution . . . to stop using masculine pronouns for God in future updates to its Book of Common Prayer.

“The resolution to stop using ‘gendered language for God’ was passed quickly by delegates to the Diocese's 123rd Convention.”

To be sure, this is not the first group to move in the direction of “gender-inclusive” language when it comes to the deity.

Back in 2011, I documented how some gay churches replaced God as Father with God as Creator in their hymns. And last year, the Evangelical Lutheran Church in Sweden voted to urge “its clergy to use more gender-neutral language when referring to God and to avoid referring to the deity as ‘Lord’ or ‘He’.”

As explained by Archbishop Antje Jackelen, a woman, and the head of this church, “Theologically, for instance, we know that God is beyond our gender determinations, God is not human.”

That, of course, is true, and none of us think that God has biological sex or that His image is not found in women as well as men.

At the same time, He revealed Himself to us as Father, He inspired the human authors of Scripture to refer to Him with male pronouns, and He is called Lord (not Lady) multiplied hundreds of times in the Scriptures. Not only so, but when He took on flesh, He did so in the person of His Son (another male image!), as a man named Yeshua (Jesus). And should I mention that He’s also described in the Bible as a Man of War?

In short, you have to rewrite the Bible in order to remove “gendered language for God.” And there is a difference between praying to the Heavenly Mother rather than the Heavenly Father. (In other words, gender differences are important and intentional.) And if a non-gendered God wanted us to pray to it (?) as the Heavenly Parent, then it (or, they?) would have said so.

But it gets worse. Lifesite News notes that, “The Rev. Linda R. Calkins from St. Bartholomew’s Episcopal Church in Laytonsville, Maryland,  challenged the delegates to go further.”

She stated that, “Many, many women that I have spoken with over my past almost 20 years in ordained ministry have felt that they could not be a part of any church because of the male image of God that is systemic and that is sustained throughout our liturgies. Many of us are waiting and need to hear God in our language, in our words and in our pronouns.”

So, “many, many women” stay out of church “because of the male image of God that is systemic and that is sustained throughout our liturgies.” Perhaps these women have some issues with their own fathers – or husbands (or, ex-husbands), or men in general? Perhaps there’s something deeper going on? And with problems like these, how could they relate to a male Savior figure?

Speaking of that, an Episcopal bishop in New York defended a statue of the crucifix featuring a female Jesus called Christa. I kid you not.

But there’s more. “Calkins read from Genesis Chapter 17, in which God tells Abraham ‘I am El Shaddai.’ She said that if Episcopalians ‘are going to be true to what El Shaddai means, it means God with breasts.’” Yes, the God of Israel is a fertility deity with breasts!

To be honest, Calkins is not the first to make this claim, and I’ve even heard it in some evangelical circles, where it was taught that God as the “many breasted one” spoke of God as Provider.

But there’s not a stitch of scholarly evidence to support this, and I can state that with authority. Not only is my Ph.D. in Near Eastern Languages and Literatures from New York University, but I specialized in comparative Semitic lexicography (meaning, understanding dictionary definitions of words in light of the comparative ancient languages).

My doctoral dissertation focused on one Hebrew word (in light of its ancient Near Eastern background), and I own every major Hebrew lexicon and theological encyclopedia. Every single one of them rejects the idea that El Shaddai means “God of (many) breasts.” (I even did a short Facebook video, with a large pile of these books in hand, to demonstrate the point.)

It’s possible that the name Shaddai is related to an ancient Akkadian word for “mountain,” hence depicting God as a Rock, a common scriptural image speaking of power. (Akkadian refers to the language of the Babylonians and Assyrians.) But this is far from certain.

What we do know is that the ancient biblical translators commonly rendered Shaddai with “Almighty,” and they likely had a good reason for it. As for the idea that the God of Israel, who identified Himself with male pronouns and used masculine verbs, was depicted as a many-breasted female fertility deity, they would have found the idea blasphemous. So should we.

In short, there’s a good reason to use gendered language when speaking of God, even though He has the best characteristics of both mother and father and He even though He transcends human aspects of gender. To deny this to deny divine reality, to our own lasting harm and confusion.