No, Shaun King, ‘Whiteness’ Does Not Prevent Men from Being Labelled Terrorists

Michael Brown  |  Oct 05, 2017
The opinions expressed by columnists are their own and do not necessarily represent the views of Townhall.com.
Top Columns
Trending on Townhall Media 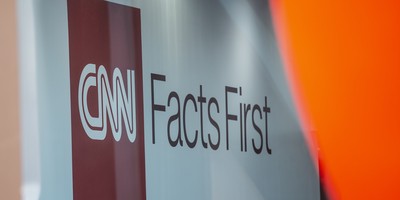 On October 2, the day after the Vegas shooting, activist Shaun King posted an article on "The Intercept" titled, “The White Privilege of the ‘Lone Wolf’ Shooter.” His point was that, had the shooter been an immigrant and/or a Muslim, the massacre would have been dubbed an act of terror. But because the shooter was white and enjoyed white privilege, his whiteness prevented him from being labeled a terrorist.

Claims like this are as unhelpful as they are inaccurate. Unfortunately, King is not the only one making such claims.

King’s thesis, in short, was this: “Paddock, like the majority of mass shooters in this country, was a white American. And that simple fact changes absolutely everything about the way this horrible moment gets discussed in the media and the national discourse: Whiteness, somehow, protects men from being labeled terrorists.”

Writing on CNN.com on October 4, Muslim writer Naaz Modan penned an article titled, “How America has silently accepted the rage of white men.”

She claimed that “Mass shootings are a violent epidemic that have been met with fatal passivity for far too long. If mass shootings were perpetrated mostly by brown bodies, this would quickly be reframed and reformed as an immigration issue. If thousands died at the hands of black men, it would be used to excuse police brutality, minimize the Black Lives Matter movement and exacerbate the ‘raging black man’ stereotype. If mass shooters identified as Muslim, it would quickly become terrorism and catalyze defense and security expenditures.

“But this is a white man's problem.”

Again, claims like this are as unhelpful as they are inaccurate. As I have asked already, is this really the time to be making a divisive political point?

My purpose, then, in responding, is not to bash back with my own politically-motivated attack. Rather, it is to separate truth from falsehood in a constructive, dispassionate way. (A reminder to those who might be unfamiliar with my positions: I am not a member of the NRA and do not own a gun.)

First, the grief and shock that has swept the nation have nothing to do with color or ethnicity. As a people, we are in pain, and the family losses are just as great whether it was the work of a homegrown shooter or a foreign terrorist. I do not hear any voices on the right minimizing the horror of the crime because the shooter was a white American.

On a personal level, my wife Nancy lost her brother Douglas on 9-11 in the Twin Towers, and in the days following, she sat for hours watching TV, weeping over the stories of other lives lost.

In the aftermath of the Vegas shooting, she has also been glued to the TV, telling me with tears about the tragic accounts.

I believe it is the same with many other Americans. It is the loss itself that is staggering.

Second, and more to the point of King and Modan’s claims, the reason that Paddock has not yet been branded a terrorist is because we don’t know what motivated his actions. Terrorism is defined as “the unlawful use of violence and intimidation, especially against civilians, in the pursuit of political aims.”

If it turns out that Paddock had been radicalized by Islam or that he was a neo-Nazi, then his acts would be classified as terrorism. But for the moment, we can’t even speak of his “rage,” since we have no idea what caused him to act.

Had Paddock been a black psychopath with no ideological or religious connection, his actions would not be branded as terroristic either.

Third, it is misleading to claim that most mass shootings are by white shooters. According to Newsweek, “Statistics show that since 1982, the majority of mass shootings — 54 percent — were committed by white men, according to data from Mother Jones. Black people were the second largest perpetrators of mass shootings based on ethnic background, but only accounted for roughly 16 percent of the total incidents during the same time period.”

But since whites make up roughly 72 percent of the population and blacks make up roughly 13 percent, that means that percentage-wise, there are more black mass shootings (per capita) than white. More importantly, there are far more whites killed by blacks every year than blacks killed by whites, while blacks killing blacks claims the highest percentage of homicides. Indeed, Jason Riley, writing for the "Wall Street Journal", pointed out that, “Blacks commit violent crimes at 7 to 10 times the rate that whites do.”

I appeal to Shaun and Naaz to reconsider their words so that we can truly fight for justice and liberty for all.