Don’t Sell Your Soul in Defense of President Trump

Michael Brown
|
Posted: Jul 01, 2017 12:01 AM
Share   Tweet
The opinions expressed by columnists are their own and do not necessarily represent the views of Townhall.com. 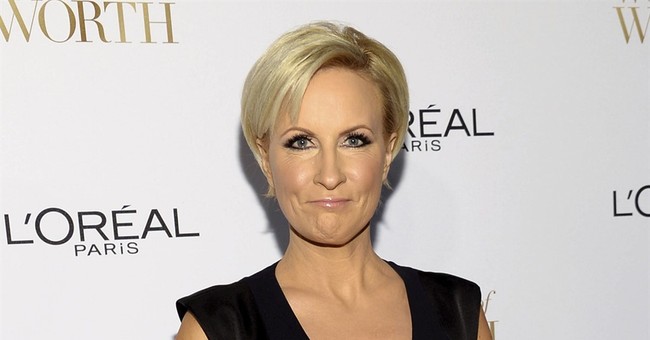 I’m all for defending our president when he’s the subject of unjust attacks. And as a follower of Jesus, I voted for him, despite my misgivings. I’m also very happy to point out the many good things he has already done as president. But I will not sacrifice my ethics and demean my faith to defend his wrongful words. To do that is to lose all credibility before a watching world.

Plenty of Christians and non-Christians had a hard time understanding how so many of us evangelicals could vote for a candidate who seemed to be so thoroughly un-evangelical. But when we explained that we were voting against Hillary, that Supreme Court appointees were important to us, and that Trump seemed to care about religious liberties, many of them understood our vote. They see we’re not whitewashing him or denying his faults. Some dissenters can even respect our choice.

But when we find it necessary to defend his every word, we discredit ourselves and tarnish our witness.

What prompted me to pen this article was the recent series of Trump tweets regarding MSNBC’s Joe Scarborough and Mika Brzezinski. The president wrote:

In response to this, I tweeted:

Really now, for the most powerful elected official on the planet to call liberal newscasters “Psycho Joe” and “low I.Q. Crazy Mika” is indefensible. (Let’s not even discuss the “bleeding” reference and where that leads.) And to defend him – I mean for us to defend him as Christian conservatives – is even less defensible.

We can be loyal to the president and still be ashamed of such language. We can support him and still say, “Mr. President, you demean yourself with such behavior, and you’ll never get the respect you desire if you sink so low.” In fact, that’s what real loyalty and support looks like.

But when we find it necessary to stand up for him, as if he’s the weak little victim being attacked by these terrible giants, we also demean ourselves. And what if it was your son or daughter or spouse or parent that the president was attacking with such language? How would you feel? When he does this, he ultimately hurts himself.

One man responded to my tweet saying, “This perfect Savior had a very blue collar flavor which we try to scrub away with our sensibilities.  Newscasters need accountability too.”

First, no one is denying that newscasters need accountability, and there are a slew of conservative newscasters blasting the liberals day and night (and vice versa). Second, and more importantly, it is ridiculous and almost obscene to compare our perfect Savior’s rebukes of sinners with the president calling TV journalists Psycho and Crazy.

But this man who tweeted to me was not the only one to make the Trump-Jesus comparison. At least two ministers defended Trump on my Twitter account, with one also comparing Trump’s words to those of Jesus and Paul. (I’m just referencing them here rather than posting their tweets here; perhaps they’ve had a change of heart. You know things are really bad when ministers of the gospel compare Trump’s words to those of Jesus.)

One Christian woman was indignant with me: “You've gone too far!  You Sir, are not God Almighty and do not speak for Him!”

Another wrote, “No need to be ashamed, hope he keeps it up.” Yes, I hope that the president keeps disparaging people in the crudest, most immature manner. I’m cheering you on!

Still another added: “Christians don't look at the faults of a person just the answer to them. Not ashamed of a person who doesn't hide their emotions.”

I wonder what these Christians would be saying if Hillary Clinton were our president and she was the one ridiculing conservative newscasters in such crass terms?

Then there were those who felt sorry for Mr. Trump. They tweeted that the media is not fair to him and that he gets death threats all the time. Surely he has to protect himself!

Once again, such responses boggle the mind. He is the most protected man on the planet, and to my knowledge, these newscasters are not trying to kill him. And how, pray tell, is he defending himself by calling them ugly names? If they misrepresent him, he can set the record straight, but he need not throw mud in their faces. The mud he throws will only splatter back. And the best way to push back against his critics is to push forward with the agenda they hate.

But for us to defend his every tweet is to make ourselves into stooges more than supporters, helping no one in the end.

This week, Ann Coulter attacked Sean Hannity, writing, “Sean Hannity, bless his heart, has the zeal of the late Trump convert. He would endorse communism if Trump decided to implement the policies of ‘The Communist Manifesto.’ (Which the GOP's health care bill actually does!)”

I will leave that battle to them, but the reminder for us is that loyalty does not require blind allegiance.

So, if you’re a Christian conservative, put the shoe on the other foot, and ask yourself how you’d be feeling had President Obama gone after, say, Rush Limbaugh and Laura Ingraham like this. Would you be defending him?