Michael Brown
|
Posted: Jun 08, 2017 12:01 AM
Share   Tweet
The opinions expressed by columnists are their own and do not necessarily represent the views of Townhall.com. 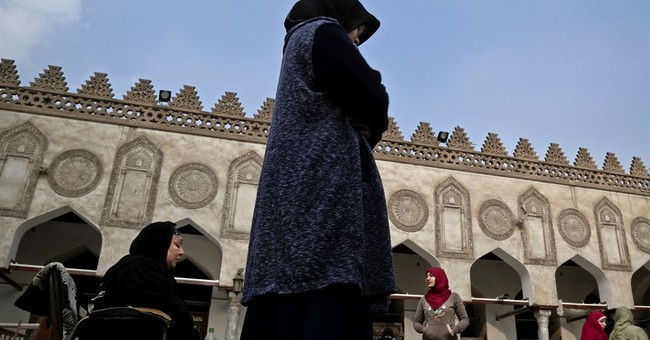 I can assure you that I am not being duped because of my alleged ignorance of Islam.

I’m quite aware of the doctrine of taqqiya, by which a Muslim can lie for an alleged higher religious purpose. I’m also aware of the principle of abrogation, which means that the earlier, peaceful verses in the Quran are abrogated by the later, militaristic verses. I am anything but an apologist for Islam.

I’m hotly criticized by many Muslims because I say that violent Islam is a genuine expression of Islam. I regularly receive angry, even vile one-star reviews on my Facebook page from Muslims who are upset with my posts about radical Islam. And I know firsthand that I’m hated by some radical Muslims.

So, I’m quite sure that Muslims around the world do not think of me as a defender of their faith.

I’m simply saying that: 1) there are peace-loving Muslims; 2) they genuinely abhor terrorism carried out in the name of their faith; 3) they too can point to the Quran and the example of Muhammad to support their peace-loving ways; and 4) their faith also represents a valid expression of Islam.

If you think I’m crazy for saying this, ask yourself: Why are so many Muslims upset with me for claiming that radical Islam is also a genuine expression of the faith? Could it be that, for them, radical Islam is totally foreign to their faith? If the only true Muslim is a murderous Muslim (as some claim), then why do so many sincere Muslims believe that murderous Muslims are hijacking their faith?

Here’s another question to ask yourself: How many devout Muslims do you know? I’ve had the experience of studying Islamic texts in Arabic side by side with devout Muslims. Grads from our ministry school have served for years in the Muslim world, living together with Muslims as they seek to reach them with the good news of Jesus. And they would attest to the graciousness and devotion of these Muslims, who are anything but terrorists.

A few years ago, someone very close to me and my leadership team was killed by Muslim terrorists while serving in a poor Islamic city, leaving behind his wife and children. I can’t say more for security reasons, but I can say this. Immediately after his murder, there was a large protest in his city.

Muslim men and women marched down the streets, and I mean devout Muslims, including women covered from head to toe. They were protesting his assassination. They held up large pictures of this fine young man. They declared, “What these murderers did does not represent our faith. Here, it is not illegal for a Christian to be a Christian.”

The Islamic terrorists said that they killed this young man because he was a Christian missionary. And it’s true that, in this country, there is a death penalty for a Muslim who converts to Christianity.

Still, these Muslims took to the streets in protest. And in the weeks that followed, Muslim imams preached in their mosques that it was wrong to murder this Christian.

I watched the videos that were sent to me and wept as I watched. The protestors were sincere, and they risked their lives by marching down the streets, since Al-Qaeda was very strong in their country. They represent millions of other Muslims who also repudiate violent Islam.

Do I believe they are following a false prophet, Muhammad, and a false holy book, the Quran? Absolutely. That’s why we send missionaries into the Muslim world, to share the gospel with them. But I can also tell you that these missionaries who live and serve among Muslims will testify that the majority of them despise the terrorism too.

And this brings me to a major problem I have with some of my Christian friends. We say to the Muslim world, “If you believe these acts of terror are incompatible with Islam, then why don’t you publicly denounce them.”

Then we turn around and say, “We don’t believe you. All true Muslims are terrorists.”

Recently, it was announced that 130 imams in England refused to bury the three London Bridge terrorists. They issued a statement, including their names, saying: “Though at no time is it acceptable, that such ruthless violence was perpetrated during the season of Ramadan, in which Muslims worldwide focus on pious devotion, prayer, charity and the cultivation of good character, demonstrates how utterly misguided and distant the terrorists are from our faith and the contempt which they hold for its values.”

When I posted this on my Facebook page, a page where we frequently condemn radical Islam, many responded saying, “You’ve been duped! These Muslim leaders are liars! The only true Muslim is a murderous Muslim.”

Of course, people are free to believe this. But then they have no business asking Muslims to condemn terrorism, only to turn around and say, “We don’t believe you.”

I personally believe that: 1) some Muslim leaders who denounce terrorism are not sincere and should not be trusted; 2) some Muslim leaders denounce terrorism but embrace an Islam that rules by the sword; 3) a case can be made that the truest form of Islam is one that embraces violence for religious causes; but 4) there are millions of sincere Muslims who are peace-loving and who find support for their views in their sacred texts.

For these peace-loving Muslims, violence in the name of Islam would be justified in times of war in the same way that many Christians fighting in our military feel they are doing God’s will. For them, a Muslim martyr would be a Muslim who died defending his country or refusing to renounce his faith. But a Muslim who blew himself to kill non-Muslim men, women, and children would be a bloody terrorist with no connection to Islam. And say this as devout Muslims.

Obviously, writing this article will not win me acceptance in the Muslim world, and that’s really the last thing on my mind.

But I do love the truth, and the truth is that there are many, peace-loving, devout and sincere Muslims. Let’s not vilify all because of the beliefs and actions of some.