Michael Brown
|
Posted: Dec 20, 2016 10:48 AM
Share   Tweet
The opinions expressed by columnists are their own and do not necessarily represent the views of Townhall.com. 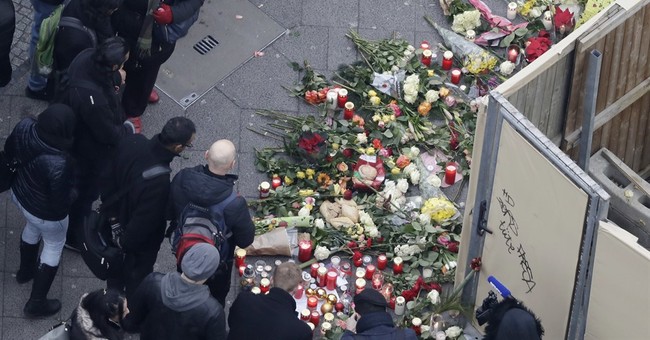 For eight years, we have watched Islamic terrorist attacks take place around the world and on our own shores, with the bloody, gory death toll rising by the day (roughly 30,000 attacks since 9/11). And for eight years, we have listened carefully as our president addressed these horrific acts, studiously avoiding the words that so needed to be spoken: “Islamic terror” or “radical Islam.”

Instead, President Obama and his surrogates spoke of “extremism” or “terrorism” – without any reference to Islam – or, worse still, of “workplace violence.”

Mr. Obama and his team would not even identify Nidal Malik Hasan, the 2009 Fort Hood mass murderer, as an Islamic terrorist, despite the fact that he identifies as a Soldier of Allah, was mentored by a Muslim terrorist (Anwar Al-Alaki, whom we killed in a drone strike in Yemen), and slaughtered our soldiers in cold blood while shouting out Allah’s name. No, this was an instance of workplace violence. (It was not until 2015 that Obama referenced the attack as “terrorist,” but still refused to mention the word “Islamic.”)

This is not just perverse, it is utterly irresponsible, since it fails to acknowledge that we are not just combatting people, we are combatting an ideology, and if we cannot even name that ideology, let alone describe it, we certainly cannot fight it.

And so yesterday, in the aftermath of the horrific truck attack at the Christmas market in Germany, the Obama administration (not the president himself, who is apparently on his final Christmas break) issued a statement,

In stark contrast, President-elect Trump stated, “Our hearts and prayers are with the loved ones of the victims of today's horrifying terror attack in Berlin.

“Innocent civilians were murdered in the streets as they prepared to celebrate the Christmas holiday. ISIS and other Islamist terrorists continually slaughter Christians in their communities and places of worship as part of their global jihad.

“These terrorists and their regional and worldwide networks must be eradicated from the face of the earth, a mission we will carry out with all freedom-loving partners.”

In one short statement, Trump has done what Obama failed to do in eight years.

1) He identified “Islamist terrorists” by name, directly associating them with ISIS.

2) He specified that their victims have often been Christians, here during the Christmas season, and at other times, in their places of worship.

3) He declared war on these terrorists, asking “all freedom-loving partners” to join him in the battle, thereby opening the door to so-called moderate Islamic nations to join us in the battle. (Would Saudi Arabia fit in this category? How about Pakistan? Yemen? Syria? Libya?)

4) He used the term “global jihad,” again with specific reference to Islamic terror.

The significance of this can hardly be exaggerated.

The UK Mirror reminds us that “Europe was warned that ISIS planned terror attacks at Christmas markets 25 days before the Berlin atrocity.”

Yes, “The attack came after intelligence agencies warned in November that terrorists are planning a wave of Christmas attacks throughout Europe, targeting shopping areas and crowded market-places to maximise casualties.

“The main groups plotting Yuletide blood-letting are Islamic State and al-Qaeda and UK intelligence agencies and counter-terror police are on high-alert.”

Yet it is Donald Trump, not Barack Obama, who has connected the dots (really, these dots are all but connected for anyone with eyes to see), which is one reason that many Americans said No to four (or eight) more years of Obama policies (in the person of Hillary Clinton) and Yes to dramatic change in the person of Donald Trump.

It is true that his tweets can be reckless and unpresidential and that not all his saber-rattling is helpful. But it is also true that the world needs leaders like Trump who will call out Islamic terror by name, which is why right-leaning, populist movements are growing around the world – and it is not because Americans and Europeans and others are suddenly becoming “Islamophobic.”

No, the problem lies with radical, murderous, terroristic Islam and the failure of these governments to address it head on, as the leaders appear to be more concerned with offending “moderate Muslims” than with protecting their own citizens – including unarmed children, women, and men.

The time for that is over.