Is National Geographic Complicit in a Form of Child Abuse?

Michael Brown
|
Posted: Dec 18, 2016 12:01 AM
Share   Tweet
The opinions expressed by columnists are their own and do not necessarily represent the views of Townhall.com. 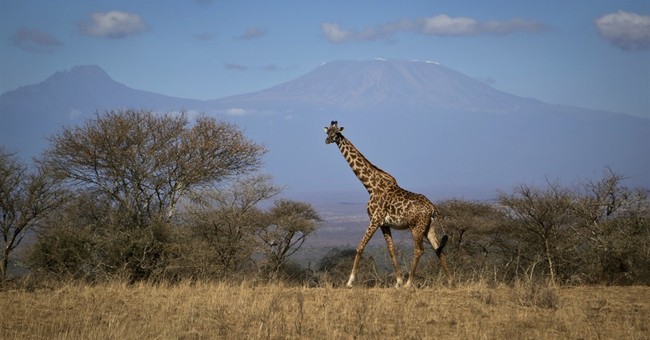 What comes to mind when you hear the words National Geographic? Do you think of exotic pictures from the jungles of Africa or up-close documentation of an erupting volcano or the discovery of a stone-age, Amazon tribe previously lost to civilization? If so, brace yourself.

The January, 2017 edition of this venerated publication focuses on the “Gender Revolution,” and it features the photo of a 9-year-old “trans-activist” on the front cover, accompanied by this quote: “The best thing about being a girl is, now I don’t have to pretend to be a boy.”

According to Fusion.net, this young child, named Avery Jackson, “rose to stardom last year when she began documenting her transition with ‘Avery Chats,’ a series of YouTube videos describing how she came to understand her identity at such a young age and eventually came out to her parents as trans.”

Little Avery explained in the first video, “When I was born, doctors said I was a boy, but I knew in my heart I was a girl. So I may have some boy body parts, but that’s not wrong, that is OK.”

As for National Geographic’s interest in all this, editor-in-chief Susan Goldberg explains, “We wanted to look at how traditional gender roles play out all over the world, but also look into gender as a spectrum. There’s lots of coverage on celebrities, but there wasn’t an understanding on real people and the issues we face every day in classrooms or workplaces in regards to gender.”

Supplementing this issue will be a documentary to be released in February, hosted by Katie Couric and further exploring this “gender revolution.”

How should we respond?

First, there will never be a lasting gender revolution.

Male-female relationships form the foundation of all societies, from romance to reproduction to parenting, and without those relationships, which include the celebration of gender distinctives, no society will flourish. One does not need an advanced degree in sociology, anthropology, psychology, or human sexuality to figure this out.

The radical LGBT activists who have declared war on gender or who have sought to demonize the “gender binary” (meaning, recognizing only two genders) have really declared war on themselves.

Facebook may offer more than 50 ways to express your gender, including “Fill in the blank,” and activists may celebrate categories like “gender queer” and “gender blender,” but all this does is further confirm the futility of rebelling against the God-ordained male-female gender order.

It is one thing to recognize that some people are born intersex, with ambiguous or dual genitalia, or that others have chromosomal abnormalities, or that some children, like Avery, are genuinely and deeply confused about their gender identity.

Second, and more importantly, it is irresponsible for National Geographic to put a confused 9-year-old child on the front cover of their magazine.

It is one thing for this child – obviously with the help of others – to put out Avery Chat YouTube videos. (The description explains that Avery “was assigned male at birth, but has now transitioned into a beautiful young girl. She wanted to tell her story to let other gender non-conforming kids know it's okay to be proud of who you are.”)

It is another thing for National Geographic to make this child into an overnight, international celebrity – to repeat, Avery is just 9-years-old – and virtually to ignore the cautionary stories of other trans-identified young people (or their parents) and the voices of other medical professionals who claim that Avery has a treatable condition.

Wouldn’t it be far better to find out why this young boy, who is a biological and chromosomal male, is convinced that he is a girl, rather than put him on hormone blockers to stop the onset of puberty, then perform radical surgery on his genitalia before he is 20 (surgery that will still not allow him the full benefits of being a woman), then keep him on hormones for the rest of his life to stop his body from doing what it naturally wants to do? Is this a “hateful” question to ask?

In 2012, the Daily Mail ran this headline about Ria Cooper: “‘I was born a boy, became a girl, and now I want to be a boy again’: Britain's youngest sex swap patient to reverse her sex change treatment.”

The article tells the sad story of Ria, who was accepted for gender-reassignment at the age of 16, began to transition at 17, but then had a change of heart at 18, “saying that she has found the changes overwhelming and that they have made her deeply unhappy.”

Three years later, the Mirror reported that “Britain's youngest transgender patient says she can't get a job ‘because of her past’.”

Apparently, Ria (or, Rihanna) ended up transitioning to female but then began to work as a sex escort to make a living, which is now coming back to haunt her/him.

Perhaps there are deeper issues in Ria’s life that were never addressed, even though, as a teen, Ria underwent serious psychological evaluation before beginning the “transition” process?

The very fact that Ria wanted to become a woman, then decided that he was really not a woman, then ended up as a teenage prostitute, indicates how unstable this young person has been and how a system intended to help him has apparently done more harm than good. Doesn’t your heart break for kids like this?

On a similar note, is it possible that the severe depression sometimes experienced by 16-year-old Jazz Jennings, now a transgender reality TV star, indicates that Jazz has deeper issues that need to be addressed? In Jazz’s own words: “Sucks to think that I have to rely on medications to be emotionally balanced. My body is crap, and I feel it.”

I’m quite aware that trans-activists will share hundreds of success stories with us – some of them with heartbreaking chapters along the road to “success” – and that they really do want to help those who struggle with their gender identity. I do not brand them as intrinsically evil, any more than I brand little Avery as intrinsically evil for struggling with his gender identity.

But I find it utterly irresponsible for trans-activists and their allies to suppress the hundreds of sex-change horror stories (see here for some poignant examples), to discount the voices of highly-trained professionals who reject the transgender talking points (according to one psychiatry professor, “‘Transgenderism’ Is Mass Hysteria Similar To 1980s-Era Junk Science”), and to exalt the deep and intense feelings of a little child over the realities of biology and genetics. Is this how science is done?

Ironically (but predictably), Dr. Kenneth Zucker, one of the foremost authorities on transgender issues and a man who considers a happy outcome to be the mark of success – meaning, if sex-change surgery yields the best result, so be it – was fired for failing to embrace the latest trans-activist theories. In other words, because Zucker’s research indicated that most young children who identify as transgender no longer identify as such once they go through puberty (even if some eventually identify as gay), and because he would have first sought to help Avery be at home in his male body, he was an enemy to be eliminated.

Such is the way of PC correctness. To challenge LGBT activism is to risk losing your livelihood.

But let’s focus again on the children. Writing for Crisis Magazine on December 12, 2016, Elise Erhard notes that, “Last May, Dr. Kathleen Levinstein, a professor of social work at the University of Michigan, wrote a heartbreaking piece about her autistic daughter, a teenaged girl who became convinced that she was really a man trapped inside a woman’s body. With encouragement from transgender activists at the local organization of PFLAG (Parents, Families and Friends of Lesbians and Gays), the vulnerable young woman took sex-altering hormones and cut off her breasts. Dr. Levinstein now grieves the mutilation of her daughter’s body and the increased psychological confusion her daughter is experiencing as a result of the hormones.”

Initially, Dr. Levinstein was supportive of her daughter’s actions, but her views have now changed dramatically, saying of her daughter, “She has been taken advantage of. Healthy organs were amputated…. It is a crime not just against women, but particularly against disabled women. So many of these young women who are ‘transitioning’ are also autistic.”

In November, 2009, shortly before I appeared on the Tyra Banks show to discuss the issue of transgender children, I emailed Dr. Paul McHugh, a heralded Johns Hopkins psychologist and a staunch opponent of sex-change surgery who is despised by the transgender community, asking him if his views had changed. He responded: “I hold that interfering medically or surgically with the natural development of young people claiming to be ‘transgendered’ is a form of child abuse.”

Is National Geographic now complicit in this “child abuse” by making a confused young child into an international celebrity?

That is between National Geographic and God, although the magazine’s readers will come to their own conclusions. I can only rue their celebration of the “gender revolution” and pray for God’s best for Avery.