Just As Predicted, Gay Activists and Their Allies Attack the Messengers

Michael Brown
|
Posted: Sep 02, 2016 12:01 AM
Share   Tweet
The opinions expressed by columnists are their own and do not necessarily represent the views of Townhall.com. 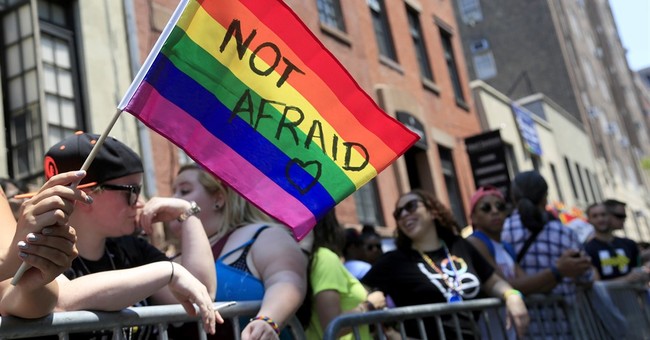 After a major new report was released a little over one week ago, challenging the standard LGBT talking points, I predicted that rather than interact with the findings of that report (specifically, a 143-page analysis of 200 previous, peer-reviewed studies), most gay activists and their allies would attack the authors of that study.

Before the day was out, the prediction began to come true, and it has been confirmed numerous times since then.

The report, authored by Lawrence S. Mayer and Paul R. McHugh, was titled, “Sexuality and Gender: Findings from the Biological, Psychological, and Social Sciences,” and was published by The New Atlantis: A Journal of Technology and Society.

He was referring, of course, to Prof. Mark Regnerus, whose studies claiming that children of gay parents do not fare as well as children of straight parents came under such attack that he almost lost his job. So much for academic tolerance and diversity.

Worse still, Montgomery writes, the new report is being hailed by notorious conservatives like Brian Brown of the National Organization of Marriage and Ryan Anderson of the Heritage Foundation. Surely the research must be faulty if conservatives are citing it.

Robbie Medwed, writing for TheNewCivilRights.com, dismisses the report as that of a “Right-Wing Think Tank,” referring to The New Atlantis as “a so-called Journal of Technology and Society,” and then making reference to the report’s “findings” (in quotes, as if to say so-called findings; and note that this is “a so-called Journal of Technology and Society”; perhaps it’s actually a phone book or novel masquerading as a journal?).

Medwed continues, “To fully understand where this study came from and what’s really going on, let’s take a look at its authors and who’s funding it,” pointing to the journal’s conservative affiliations, in particular the Ethics and Public Policy Center (EPPC).

How evil is the EPPC? Medwed cites the organization’s own description: It is an “institute dedicated to applying the Judeo-Christian moral tradition to critical issues of public policy” – how utterly wicked!

But there’s more: “. . . EPPC and its scholars have consistently sought to defend and promote our nation’s founding principles—respect for the inherent dignity of the human person, individual freedom and responsibility, justice, the rule of law, and limited government.”

Surely there is no possible way that an organization like this, which helps publish The New Atlantis, could produce an unbiased, academically rigorous piece of research. Obviously not. It believes in the Judeo-Christian moral tradition!

As for McHugh, “His work has been debunked time and time again. McHugh has a distinguished track record of anti-LGBT bigotry and harm. . . . Simply, there is no possible way anyone can argue that his ‘scholarship’ is unbiased and objective.”

Medwed apparently fails to realize the circular reasoning of his argument, namely, that because McHugh’s research leads him to differ with LGBT talking points, and because LGBT researchers differ with his findings, "there is no possible way anyone can argue that his ‘scholarship’ is unbiased and objective.”

As for Mayer, he “reinterpreted” the date “to fit the outcomes they desired.”

At the Daily Beast, the headline to Samantha Allen’s article said it all: “The Right’s Favorite Anti-LGBT Doctor Strikes Again. Dr. Paul McHugh has a long history of anti-science, anti-LGBT stances. That doesn’t stop conservative media from lauding his work.”

Over at The Advocate, the headline to Dean Hamer’s study read, “New 'Scientific' Study on Sexuality, Gender Is Neither New nor Scientific.”

Scorning the call by Drs. Mayer and McHugh for “more research,” Dr. Hamer wrote, “Mayer has never published a single article on human sexuality or gender (his name doesn't even appear in the paper's bibliography), and McHugh actually has a long history of blocking such efforts, beginning with his closure of the pioneering gender identity clinic at Johns Hopkins in 1979. McHugh claimed that his decision was based in science, but his real motivation became clear through his repeated reference to gender-confirmation surgery as a ‘mutilation’ and his decision to explain his actions not in a scientific journal but in a conservative Catholic publication.”

So, Dr. McHugh only “claimed that his decision was based in science.” It obviously was not, since he ended up opposing sex-change surgery and transgender activism.

To the Advocate’s credit, they did ask a respected gay scientist to pen the article, and Dr. Hamer does interact critically with the report. (Again, I said that most would attack the messengers rather than interact with the substance of the report, not that all would.)

Still, it is noteworthy that Dr. Hamer can hardly be called unbiased himself, since he is famous for his search for a gay gene. And even as a seasoned professional, he cannot hide his disdain, closing with these words: “But when the data we have struggled so long and hard to collect is twisted and misinterpreted by people who call themselves scientists, and who receive the benefits and protection of a mainstream institution such as John Hopkins Medical School, it disgusts me.”

Similarly, Zach Ford who is the LGBT editor for ThinkProgress.org and who describes himself as “Gay, Atheist, Pianist, Unapologetic ‘Social Justice Warrior,” interacted at length with the content of the study, but not without launching some broadsides against the authors and publishers of the report.

While citing the critique of the Mayer-McHugh report by Dr. Warren Throckmorton (who, as would be expected, challenged their findings), Ford also wrote that Dr. McHugh is “generally the only scientist whom opponents of transgender equality ever cite and who has his own history of overt anti-LGBT bias.” As for The New Atlantis, he described it as “a journal that is affiliated with the anti-LGBT Ethics and Public Policy Center and prides itself on not being peer-reviewed.”

A previous article by Ford even carried this headline, “Fake Medical Organization Publishes Lie-Ridden Manifesto Attacking Transgender Kids. Do not trust your children with the American College of Pediatricians.”

So, because these pediatricians felt that the need to break away from the left-leaning American Academy of Pediatricians, based on their own research and medical experience and values, they are a “fake medical organization,” despite the fact that membership is limited to “pediatricians and other healthcare professionals who provide care primarily for infants, children, or adolescents.”

If they are not pro-LGBT activism, they cannot be a legitimate medical organization!

And on and on it goes.

I do hope that in the days to come, researchers and scientists from all camps will take the time to interact fairly and honestly with the Mayer-McHugh report, but for the moment, I guess this is where I say, “I hate to say it, but I told you so.”