An Open Letter to Hillary Clinton About Black Babies

Michael Brown
|
Posted: Jul 20, 2016 9:22 AM
Share   Tweet
The opinions expressed by columnists are their own and do not necessarily represent the views of Townhall.com. 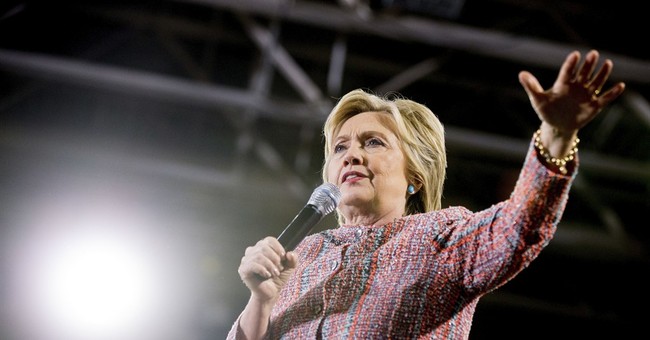 I know that you and Mr. Clinton have been considered real friends of the African American community to the point that, before President Obama’s election, your husband was jokingly referred to as the nation’s first black president.

I also know that you have identified proudly as an “old fashioned Methodist” and that you warmly welcomed a contingent of African American pastors who laid hands on you and anointed you as the next president.

It is against this backdrop that I write this letter to you.

Speaking on July 18th to the NAACP convention, you said, “Right now, black kids are 500 percent more likely to die from asthma than white kids. 500 percent. Right now a black baby in South Carolina is twice as likely to die before her first birthday as a white baby.

“Imagine if those numbers were reversed and it were white kids dying. Imagine the outcry and the resources that would flood in.”

You’ve made similar claims before regarding black kids dying of asthma, and last year, Politifact.com checked on the accuracy of your statement and found you may have actually underestimated the statistics. That’s truly distressing to hear, and I appreciate you bringing this to the attention of the nation. Whatever we can do to address that disparity, we need to.

But it’s the second statement that especially got my attention, namely, that “a black baby in South Carolina is twice as likely to die before her first birthday as a white baby.”

That too is distressing to hear, and, if accurate, must be addressed.

But what about black babies inside the womb? How can you have so much compassion on those precious lives outside the womb and so little compassion for them within their mother’s belly?

How can you affirm that black lives matter and then be the darling of Planned Parenthood, one of the greatest takers of black lives in history?

In the words of Ryan Bomberger, “Planned Parenthood kills more unarmed black lives in one day than police are accused of killing in one entire year. (These Planned Parenthood-caused deaths of black unarmed lives in the womb amount to 266 a day, which is 30%–the percentage of the nation’s abortions among blacks—of the 323,999 abortions that generates over $200 million annually for the abortion chain.)”

In case you don’t know Ryan, he’s African American, and he was conceived when his mother was raped. Yet she didn’t terminate her pregnancy, giving him up for adoption instead. I believe he can speak to this issue with some authority – or do you think he would have been better off killed in the womb?

Given, then, your fervent support of Planned Parenthood, I must cry foul when you say to the NAACP audience “a black baby in South Carolina is twice as likely to die before her first birthday as a white baby.”

One pro-life website, drawing on data from the pro-abortion Alan Gutmacher Institute and from the Centers for Disease Control, provided some shocking, painful, data. May I ask you to read this with your heart and mind open before? These are devastating statistics.

Out of the more than one million abortions per year, “the African-American community bears a disproportionate number of these abortions. Although blacks make up 13% of the US population, black women have some 36% of the abortions. A Black baby is 5 times more likely to be killed in the womb than a White Baby.”

Does this matter to you? Will you decry the fact that, in South Carolina, a black baby is half as likely to reach its first birthday as a white baby while ignoring the fact that nationwide, a black baby is one-fifth as likely to make it out of the womb as a white baby – and that by the choice of the mother and the help of local abortion providers?

This is nothing less than black genocide, yet rather than oppose it, you celebrate a woman’s “right to choose” and support policies that lead to more abortions, not less. You even acknowledge that the baby in the womb is a “person,” yet claim that it has no constitutional rights. How can this be?

Mrs. Clinton, how can you be a lover of black Americans without standing against this genocide?

And as an “old fashioned Methodist,” can you give me one clear text in the Bible that supports the idea that the child in the womb is not a real person? Don’t the sacred Scriptures speak of God forming us carefully in the womb (e.g., Psalm 139:13), also attributing personhood to unborn babies to the point that they can even respond to things taking place outside the womb (e.g., Luke 1:41)?

With all respect, can you cite for me one scripture (or even one statement from Methodist founder John  Wesley) that points to a woman’s “right” to choose abortion? And will you reject the recent pro-life shift in your own Methodist Church?

I know you have held to these positions for decades, and they form a central part of your political and personal history. But for the sake of black babies everywhere, I appeal to you before God to reconsider your ways.