Michael Brown
|
Posted: Jan 25, 2016 12:01 AM
Share   Tweet
The opinions expressed by columnists are their own and do not necessarily represent the views of Townhall.com. 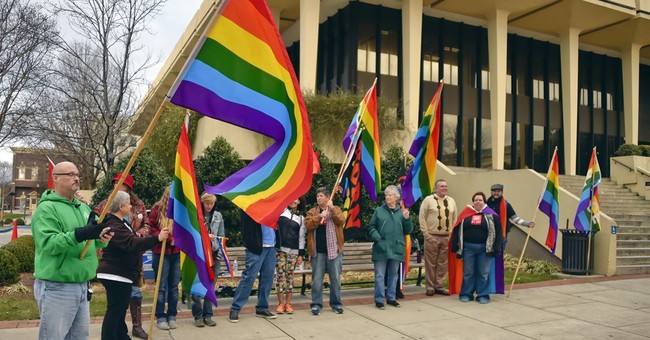 I just returned from the Faroe Islands, one of the most spectacularly beautiful places I have ever seen. It is also a place where families have lived in the same neighborhoods for generations, a place that quickly captured my heart.

Local Christians invited me to this country of 49,000 people to debate the question of same-sex “marriage,” a question their Parliament is currently discussing. I was also asked to preach and teach in one of their churches, but the main purpose of the visit was to engage in a public debate.

The organizers of the debate extended invitations to the 14 Parliamentary members who were known to be in favor of redefining marriage. The head of the nation’s LGBT organization was also invited to debate me.

In the event that any of those invited were not at home with debating me in English (since it was not their first language, although most of them are quite fluent in English), the organizers offered to let them use a translator. I also agreed to as many as four participants on their side against me.

Only two Parliamentary members accepted the invitation. All the others declined, as did the head of the LGBT group.

Unfortunately, just a few days before the debate, the two women who agreed to debate me dropped out, so I ended up delivering a lecture on the subject, followed by an interview with a local journalist, then audience Q&A.

We did have a terrific turnout, and local media coverage before the debate did question why no one was willing to debate me.

But this is hardly the first time I have seen this happen.

Why not put the issues on the table? Why not air our differences and challenge the validity of one another’s opinions? What does the other side have to hide?

I was told there were several reasons offered for not debating me.

One was that they didn’t want to bring an American in to debate a local issue. But this was quite disingenuous, since their LGBT activism is very much connected to gay activism in other countries like Denmark or America, and their TV and movie entertainment is flooded with programs from the States.

Plus, I had no intent of lecturing them as an American. That would be the height of arrogance. Instead, my goal was to say, “Here’s what we’ve seen so far in America. Is this what you want in your country?”

Another response was, “Why debate a right-wing extremist?”

Plus, calling your opponents names and repeating false accusations against them is a cheap excuse for engaging in a civil, intellectual exchange.

And how is that I have been deemed worthy of holding debates, delivering lectures, or presenting academic papers at Oxford University in England, the Hebrew University in Jerusalem, along with Harvard, Yale, Columbia, Ohio State, USC, and other esteemed schools in America, but I wasn’t worthy to debate a qualified spokesperson in the Faroe Islands?

Why was I invited to address congressional leaders and university chancellors in the halls of Congress in Peru (in 2014) but I wasn’t worthy of a public discussion with gay activists in the Faroe Islands?

One more response was that they did not want to get into a religious debate, but the organizers made clear that this would be a secular debate, not a scriptural debate.

Still, no one was willing to engage.

From what I have heard, the Parliament is really weighing this issue carefully, asking those who are for and against the change to testify before them, and I commend them for taking this issue so seriously.

But it is a real shame that none of those who are for the new bill were willing to engage in a public debate about the issue. Surely this points to a real weakness in their position, since those who have the truth are glad to bring it into the light.

Late last year, I received an invitation to appear on the Daily Show on Comedy Central to discuss same-sex “marriage.”

Since the invitation came from a gay producer with the Daily Show and since the network is famous for twisting the words of conservative guests by very obvious, yet extremely clever editing, my office replied saying I’d gladly do the interview as long as it aired live.

When they said it could not be live, we said I would gladly do the interview as long as they would allow us to record the entire, unedited interview or would provide us with a copy of the entire, unedited interview. This was to ensure that no editors twisted my words, and we offered to put in writing that none of the footage would be released unless they edited the content unfairly.

Their answer was no, raising the question again: Why can’t you do an impartial interview? Why can’t you allow those who differ with you to speak their minds fairly? Why rely on cheap editing tricks that produce nothing more than mocking satire?

A few years back, I debated gay activist Matthew Vines on the subject of “Can You Be Gay and Christian?” But as is widely known, Matthew did not know he was going to debate me when he accepted an invitation to appear on Moody Radio’s Up for Debate broadcast, and he only agreed to go ahead with the debate because he and his team felt it was worse publicity to pull out of the debate than to go ahead with it.

Since then, despite being the poster for “gay Christianity,” he has refused to debate Prof. Robert Gagnon, the leading scholar on the subject, while he and his colleagues have refused invitations to debate Dr. James White and me in a moderated, full-length, debate setting.

The pattern is consistent, unfortunate, and quite revealing: Those who are so aggressive in their rhetoric and so skilled in their marketing are largely unwilling to debate the real issues involved.

Their silence is more than glaring. It is quite instructive.