Michael Brown
|
Posted: Jan 05, 2016 11:29 AM
Share   Tweet
The opinions expressed by columnists are their own and do not necessarily represent the views of Townhall.com. 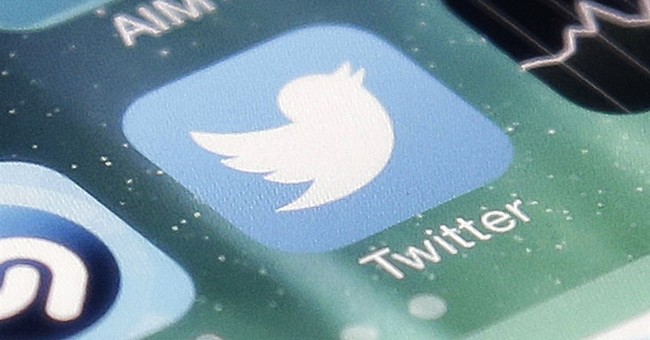 With a view towards curbing abusive posts, Twitter has established new, stricter guidelines, stating, “We do not tolerate behavior that crosses the line into abuse, including behavior that harasses, intimidates, or uses fear to silence another user’s voice.”

I can’t imagine that anyone thinks we need more incivility and hatred and incitement on social media, and I can understand why Twitter CEO Dick Costolo feels “ashamed” at how poorly his company has handled abusers.

With that in mind, Twitter’s guidelines are understandable, stating, “You may not promote violence against or directly attack or threaten other people on the basis of race, ethnicity, national origin, sexual orientation, gender, gender identity, religious affiliation, age, disability, or disease.”

But what exactly does this mean?

What if someone perceives my post of disagreement to be a personal attack, some kind of “micro-aggression” against them? Will Twitter find it necessary to discipline me? And what happens when religious affiliation comes in conflict with sexual orientation? Will sexual expression trump religious freedoms?

After all, in England today, if a lesbian simply feels offended by the comments of a street preacher, he could be arrested, even if he broke no laws in his speech.

Will the same thing happen within the world of Twitter?

Lest you think I’m manufacturing concerns out of thin air, it is well-known that Facebook has worked with major gay activist organizations to ensure that the LGBT community feels protected.

This is something Facebook has boasted about, even going as far as providing 50 different ways to describe your gender (in deference to the transgender community), and when that was not satisfactory, adding another category of “Fill in the blank.”

At the same time, Facebook has taken action against religious conservatives, shutting down their Facebook pages for being in violation of community standards – sometimes for simply differing with LGBT activism – while the most anti-God, anti-Christ, blasphemous Facebook pages are deemed to be in harmony with those standards.

I have encountered this myself on several occasions, documenting my experience along the way (see here and here and here).

Thankfully, the final outcome with Facebook has been positive on each occasion, but only after numerous email exchanges and days of inconvenience. Unfortunately, some of my colleagues have not been as successful, with their pages shut down entirely.

Recently, in an eye-opening Facebook experiment conducted by the Shurat HaDin, Israel Law Center, two Facebook pages were launched simultaneously, one anti-Israeli and the other anti-Palestinian. Progressively hateful posts were uploaded to each site simultaneously, culminating with calls to kill the Jews on one page and to kill the Palestinians on the other page.

Both pages were then reported to Facebook simultaneously, after which Facebook removed the anti-Palestinian site, finding it to be in violation of Facebook’s community standards, while leaving the anti-Israeli site untouched, since it was not found to be in violation.

Talk about a dangerous double standard.

Jessica Contrera, writing for the Washington Post, noted that, “Perhaps that’s why some feel that changing the rules to ban speech against specific groups is going too far: It is vague enough to frame any non-positive speech as ‘hateful conduct.’ The National Review’s Katherine Timpf went on ‘

“‘This language is so vague, that you could really get anyone in trouble that you want to,’ Timpf said.”

In light of today’s PC climate, Timpf’s concerns are quite valid, and it is not hard to imagine that ugly attacks on our faith will be permitted while, say, a reference to Caitlyn Jenner as Bruce will result in being blacklisted by Twitter.

Out of curiosity, I polled my Twitter followers (which number slightly under 19 thousand; my Facebook page, with 270,000 “fans,” is much more substantial), asking them if they felt that Twitter would be unfair to religious conservatives, with a link to the Washington Post article for more details.

Eighty-eight percent of those who responded in the first 10 hours said that Twitter would be unfair.

Is this the way any other group would feel, or is there reason for concern?

I certainly hope that Twitter will be fair, and I personally do my best to cultivate civility online, seeking to state my views clearly without being nasty or demeaning.

Despite those efforts, others have claimed that trans-identified people “are being decried as freaks, perverts, and liars by evangelical activists like Dr. Michael Brown,” encouraging their readers to find me on Facebook and object to my material.

The best thing we can do is commend Twitter for seeking to clean up their corporate act while calling them to account for double standards and hypocrisy should they occur.

Only then will we know for certain if, in the language of Animal Farm, all Tweeters are equal, but some Tweeters are more equal than others.
WaPo Gives McAuliffe 4 Pinocchios for Comments Massively Inflating Virginia's COVID Numbers
Landon Mion
She's at It Again: Gov. Whitmer Caught Maskless at DC Bar in Violation of Mandates
Landon Mion
FDA Panel Member: 'We're Never Gonna Learn About How Safe The Vaccine Is Until We Start Giving It'
Scott Morefield
Loudoun County Requires Parents to Sign NDA-Like Form to View CRT-Style Curriculum
Landon Mion
Total Fiasco: Armorer on Set of Alec Baldwin Movie Had Doubts About Her Abilities
Matt Vespa
Loudoun County: When You Cover Up Alleged Rapes...You Can Expect These Sorts of Things to Happen
Matt Vespa