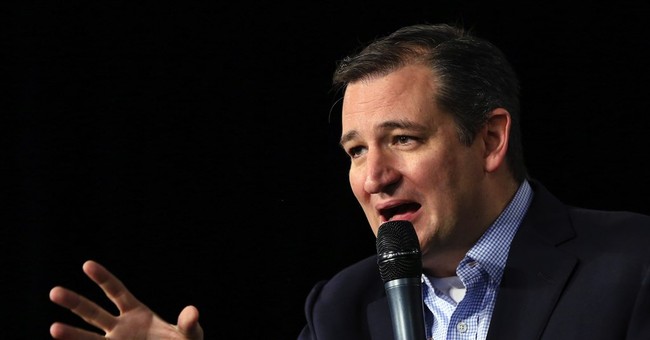 I have never officially endorsed a presidential candidate before, but I’m endorsing Ted Cruz for president for three simple reasons: 1) he is a man of unshakable, conservative moral convictions; 2) he is willing to take on the Washington establishment; 3) we need a radical shift in the direction of our country, and his team has asked me to help get out the evangelical vote.

Of course, I’m fully aware that a president can only do so much and that our hope for change must be first and foremost in the living God.

And I firmly believe that the greatest agency for positive change in America remains the people of God – committed followers of Jesus living as salt and light.

And so, when Senator Cruz’s team invited me to stand with him in the battle for religious liberties in America, also giving counsel to his evangelical coalition of his leaders, I felt this was an open door from the Lord. And since he has been in my top three list from the start, after prayerful consideration, I have given him my strong endorsement.

We are blessed to have a number of godly candidates running for president this cycle (all of them Republican; I could not possibly vote for any of the Democratic candidates, especially the front runners), and if our nominee ended up being someone like Dr. Ben Carson or former Governor Mike Huckabee, that person would have my vote.

But in looking for the leader who most strongly fits my criteria – being unshakably pro-life, pro-marriage, and pro-Israel; having a good handle on economic issues, immigration, and national security; and not being part of the political establishment – Senator Cruz comes out on top, and I genuinely believe he has a real possibility of making it all the way.

And so, while I am praying for God’s best choice for the White House, I’m glad to stand with Senator Cruz, encouraging Americans to strongly consider him for president.

As for a middle of the road candidate from the Republican establishment – someone like former Governor Jeb Bush – that candidate would not get my vote, even if that meant sitting out that part of the election.

To explain more fully, on June 22, 2012 I published an article titled, “Mitt Romney Is Not the Answer,” explaining that if I did vote for Romney, “I would do so with extremely limited hopes, and my very act of voting in November would be a reminder to me that I cannot expect the radical changes America needs to come from the White House.”

Almost two years later, in March, 2014, I wrote the article, “My Problem with the Republican Party,” saying that “rather than voting for candidates who gravitate towards the center in order to gain the maximum number of votes, thereby diluting the right-of-center values we are urging them to uphold, we who hold to these values need to make clear that we won’t be fooled again, that we stand for principles first and party second (or third, or whatever), that empty promises won’t cut it this time around, and that we refuse to be pawns in support of someone’s political aspirations.”

I added, “Of course, we’ve been down this road quite a few times in recent years, but perhaps this time (thanks to President Obama?) we’ve reached the point of ‘Enough is enough.’”

Well, after voting with reluctance for John McCain in 2008 and even more reluctance for Mitt Romney in 2012, I determined that I would not do the same thing in 2016, and if the Republicans did not put forth a candidate who really stood for my values, one who would also take on the party’s establishment when needed, I would have to sit out the presidential vote or else register some kind of protest vote.

In these last two elections, as much as I wanted to have the privilege of helping to elect our nation’s first black president, I could not vote for Barack Obama, knowing that if he held true to his ways, he would be the most radical pro-abortion and pro-homosexuality candidate in our history, not to mention a weak friend of Israel.

And in the 2016 election, given the radical stances of the leading Democratic candidates, there is no possible way I could vote for any of them.

So, the alternatives are a breakaway, third party, which would doom our chances for change for some time now, barring divine intervention, or a Republican candidate who will face down the establishment, beginning with his own party.

That’s exactly what Ted Cruz did in his home state of Texas, and that’s exactly what he’s done in Washington, even referring to “the Washington cartel.” And if there’s one thing we know that holds true across the board in our nation it is this: Americans on all sides of the political debate are fed up with Washington, and that is something that Ted Cruz plays into, as he will certainly need to build solid alliances throughout the land.

That being said, I’m praying for God’s choice for president, I’m not opposing other godly candidates, I’m not here to become the apologist for Ted Cruz, and as a radio host and writer, I’ll do my best to report fairly on the elections as they unfold.

But I will be standing with Senator Cruz with faith and confidence, believing that, if he indeed is God’s choice, he will not only make it to the White House but also be an agent of positive change for our nation.

And I appreciate Senator Cruz’s kind endorsement of me in his press release, which was also tweeted out and posted on Facebook: “Dr. Michael Brown inspires people to seek out the truth about God and faith, and I deeply appreciate his support!”

It’s my honor and joy, and the coming months could be quite an adventure.

(If you live anywhere near Greenville, South Carolina, I’m scheduled to appear with Senator Cruz, the Benham Brothers, and others in an important religious liberties rally on November 14th. Please join us there!)